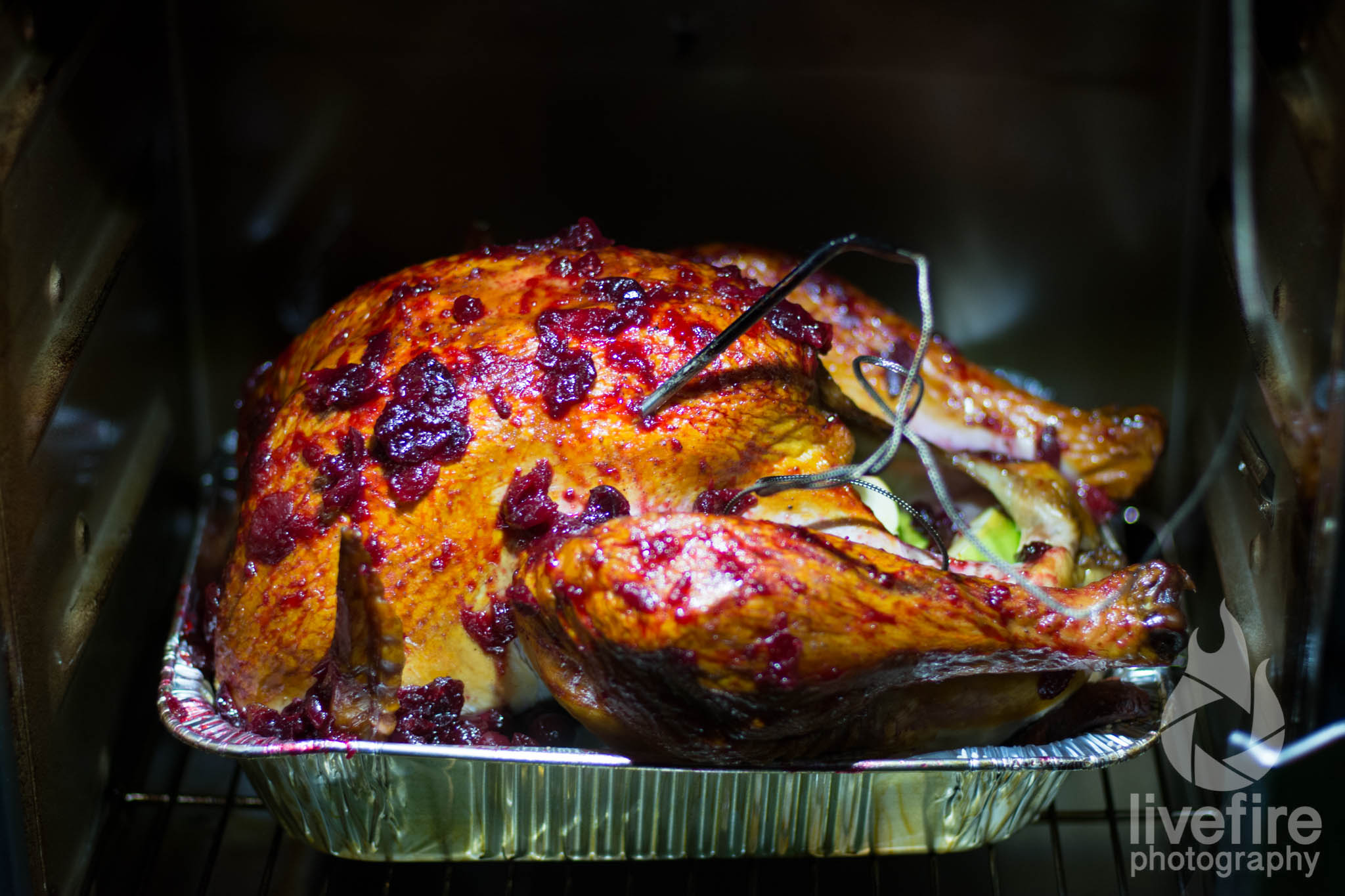 What’s so smart about it? It’s run by a smart phone. That means I can set it up, check on it, modify what it’s doing, whatever, all from my iPhone!

The smoker itself is very similar to the digital electric smokers that came out earlier this year. There are four shelves with a decent amount of room, a large electric heating element, and a big smoke box. The range of temps is from 100F to 275F, and there’s an included probe for meat temp.

My first digital electric smoker had a solid door, while this one is glass. It’s easy to get it covered with grease, but also not too  hard to clean off. There is a light, though, which shines inside well to see what’s going on, check temps, etc., in the dark. Love this feature! 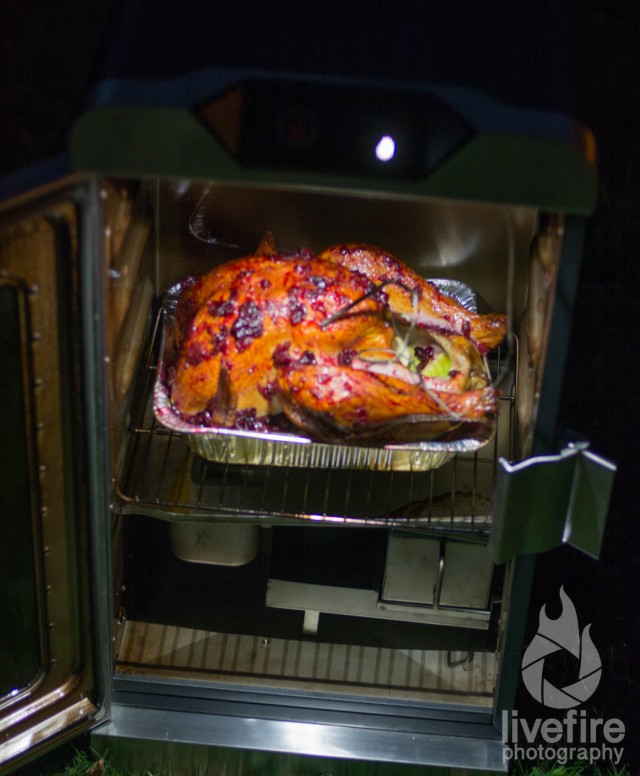 The setup was simple. I connected to the smoker as a wifi spot, and configured via the app. Then both connect to the house wifi. The food to cook is easy to select, and a button is pushed on the smoker to start preheating and getting the wood ships smoking. The app prompts you to put in the meat, then the temp of the meat is check until it reaches about 5 degrees shy of desired temp. When that happens, the app alerts to check the meat and adjust if needed. If the meat is left in the smoker, once the desired temp is reached, the smoker cools down to a temp to keep the food warm and ready until it’s taken out.

My first use was for turkey, and I set it up in the morning before doing a TV appearance on a local lifestyle show. While getting ready at the studio, I was able to check on the turkey via the app and see that it was cooking as expected. When I got home, it was ready to take off the smoker!

For the cons that have to do with connectivity and the app, I think that will be resolved pretty quickly. There are firmware updates that come through now and then. As the app improves, the inability to control it without the app will be less of any issue.

Overall, I really like the smoker, and the SmartChef addition is great! I’m going to keep using it, whenever it won’t rain!

For full disclosure, Char-Broil provided the SmartChef enable digital electric smoker at no charge, with the understanding that my review would remain unbiased. 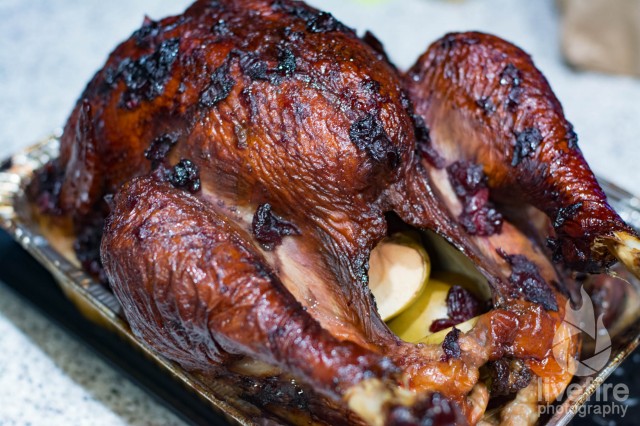