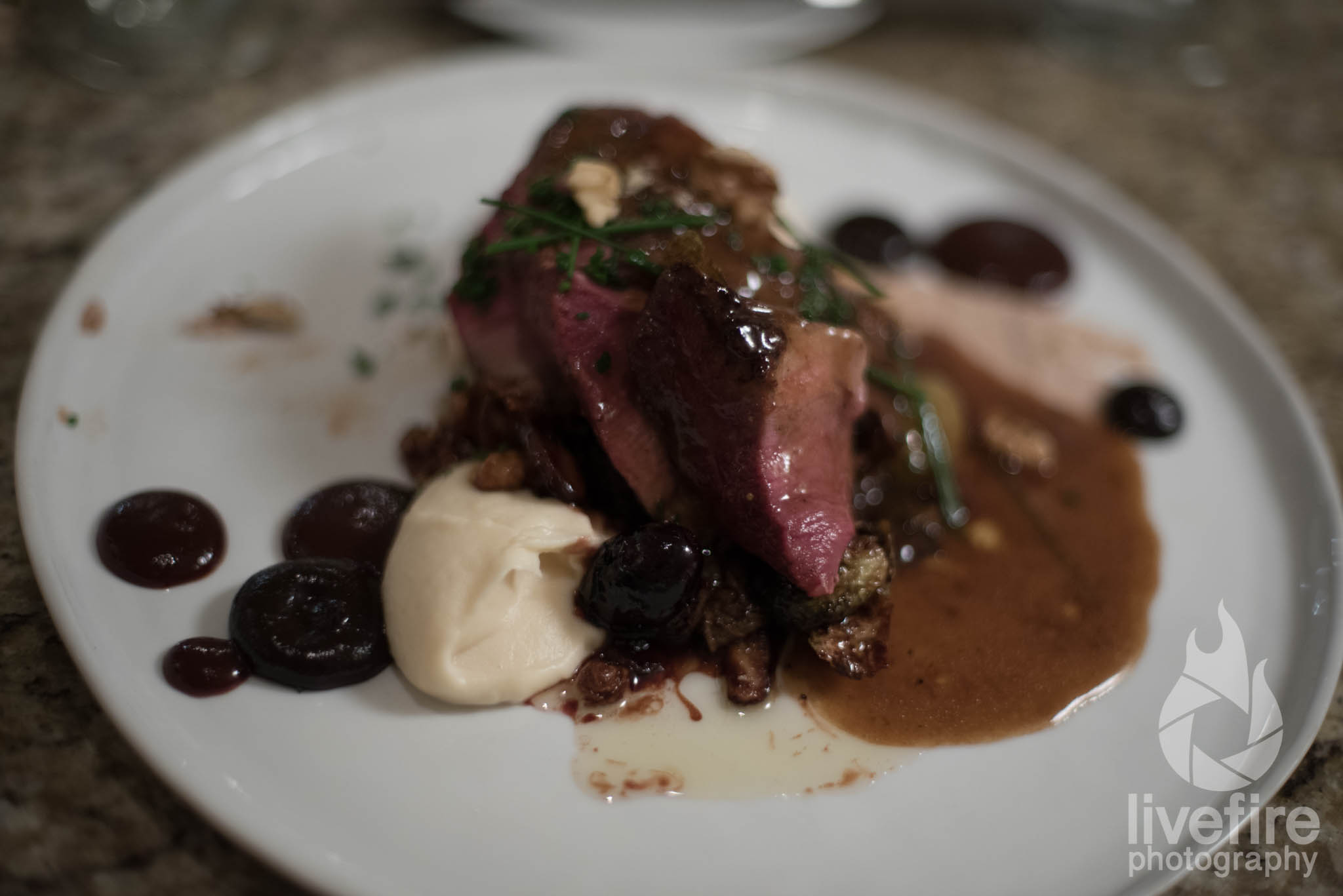 Day 2 in Kentucky meant going out for a drive at dawn to see what I could find… And what I found was frost on the windshield! It was about 35 degrees! I left the Ruin Bed & Breakfast just for a quick look around the area. 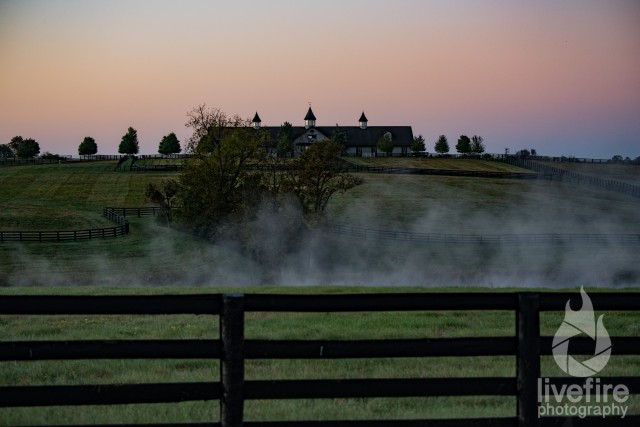 The area is just gorgeous. Woodford County is the heart of horse country, and farms are everywhere. Miles and miles of mostly black fence (which used to be mostly white, until black paint was cheaper than white paint).

Back to the bed and breakfast after the sun got a bit higher, and we got ready for breakfast. 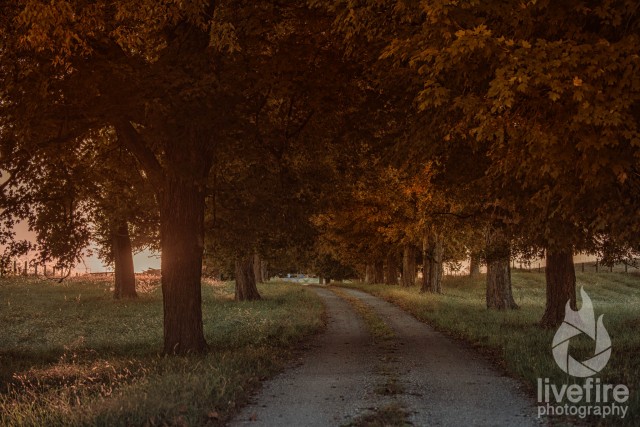 Breakfast was in the main house at the Ruin on the screened in porch. The hosts were great, and the house is incredible. But we had things to do, horses to see, and we were off to Three Chimneys Farm. Three  Chimneys is one of the bigger farms that offers tours, and we were there at about 9:45 for the 10:00 tour. 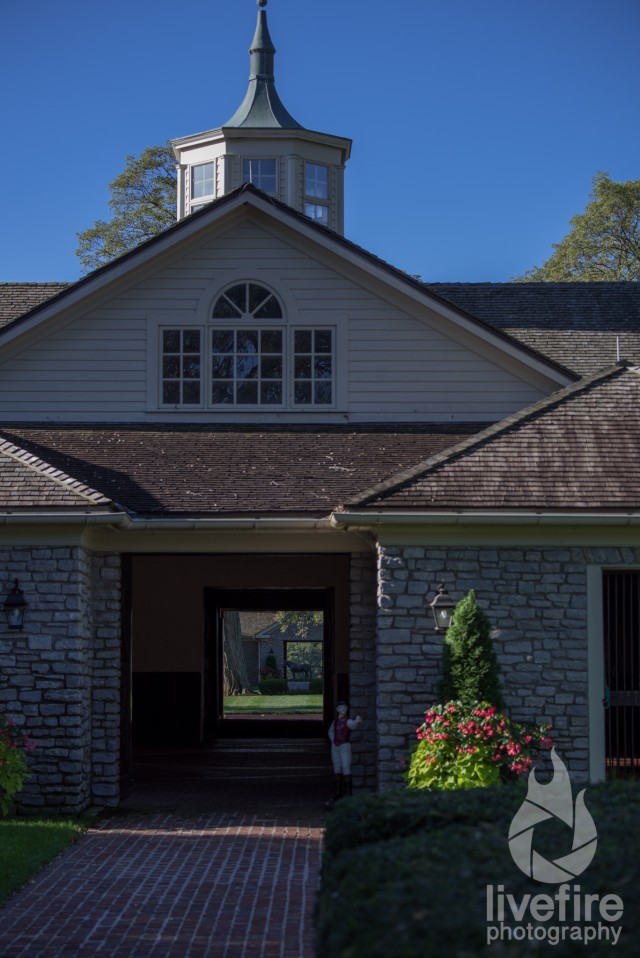 Three Chimneys lets visitors get very close to some of the horses, seeing them from less than 10 feet away. In the spring, the tour even lets visitors see a live breeding if they want, mostly to show that it’s humanely done. Thoroughbreds can’t be bred artificially, so it’s all live. The farm where Three Chimneys does their tours is the stud farm, but there are 3 others, too. There’s a nice (not life-sized) statue in honor of Seattle Slew, who spent a large part of his stud life at Three Chimneys.  Will Take Charge was one of the horses brought out to show off, and he posed very well! 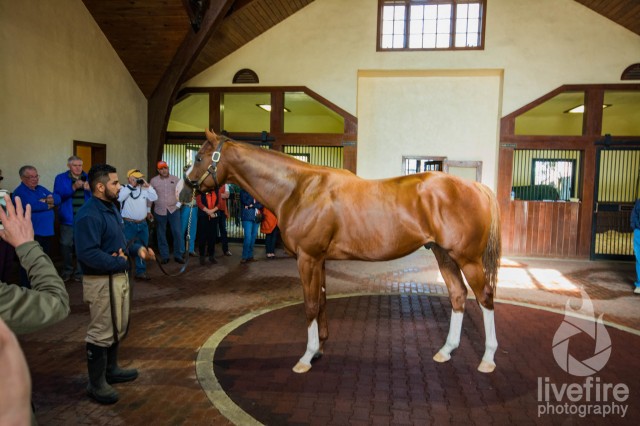 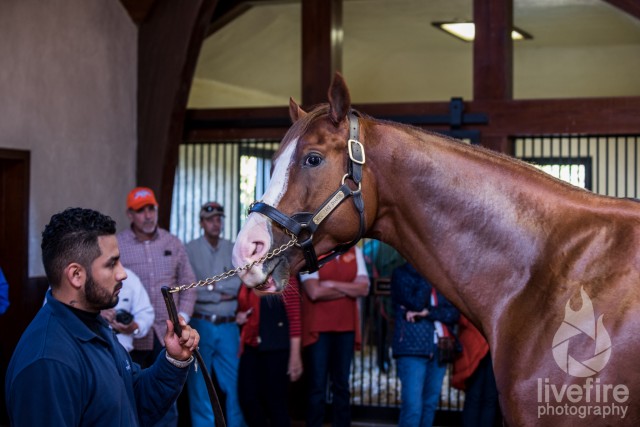 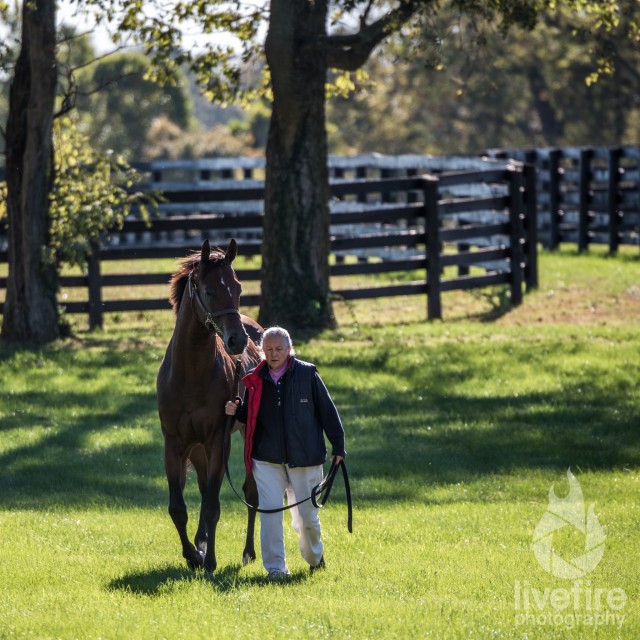 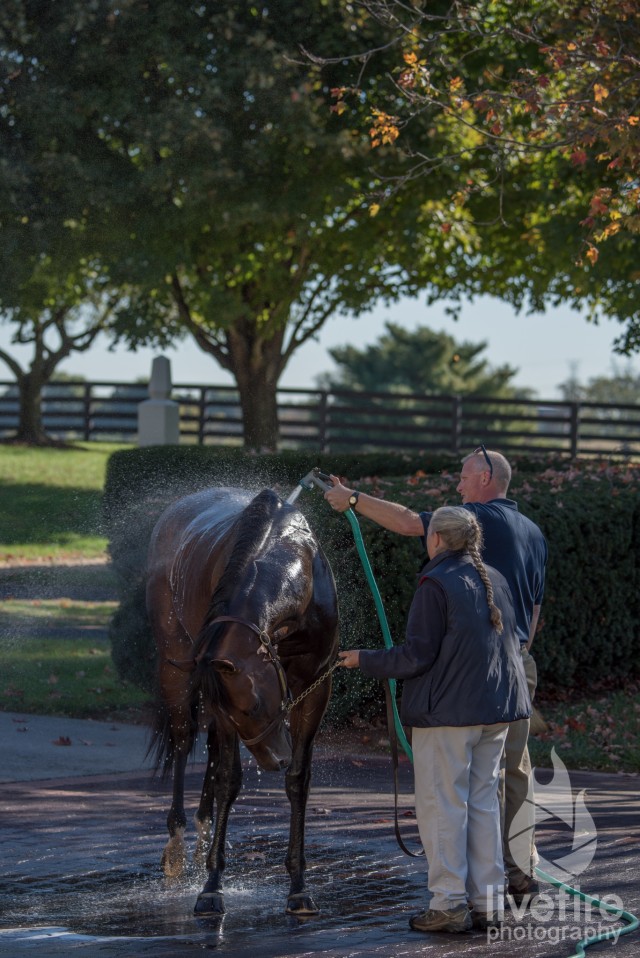 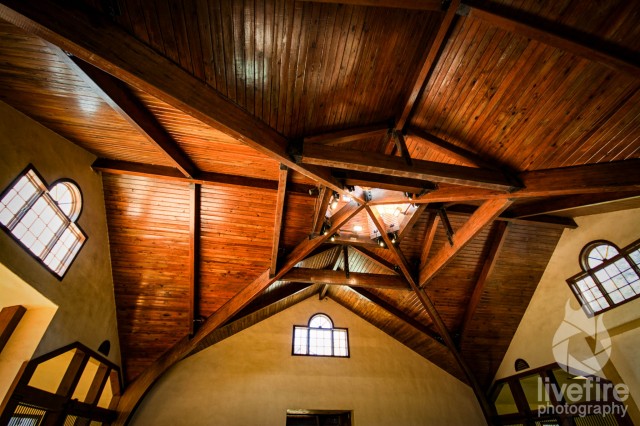 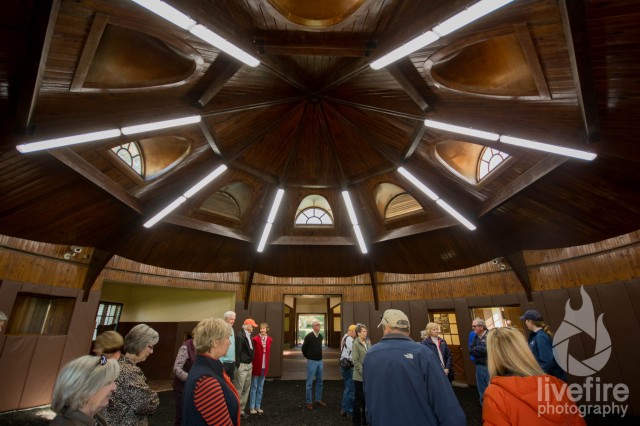 After the horse farm, lunch was in order. We went to Napa Prime in Versailles, reputed to have great burgers. We’d been there the night before, but the hostess wasn’t too keen on customer service, and gave away a table to a group ahead of several of us that had been waiting much, much longer, so we left. At lunch, we got seated right away, and the menu looked pretty good.

I had the Bourbon Bacon Burger, with smoked gouda, smoked bacon, crispy onions, house made bacon jam + bourbon BBQ… and pickles (I added that). My wife had a plain burger, with the standard mustard, ketchup lettuce, tomato and pickles.  Fries and tater tots on as sides. The burgers were actually really good… but very messy. I didn’t mind, but my wife thought things were a bit too messy for her tastes. We might go again, but there are other places to try instead, especially with the lack of good customer service the night before. I just got iPhone shots of the food. 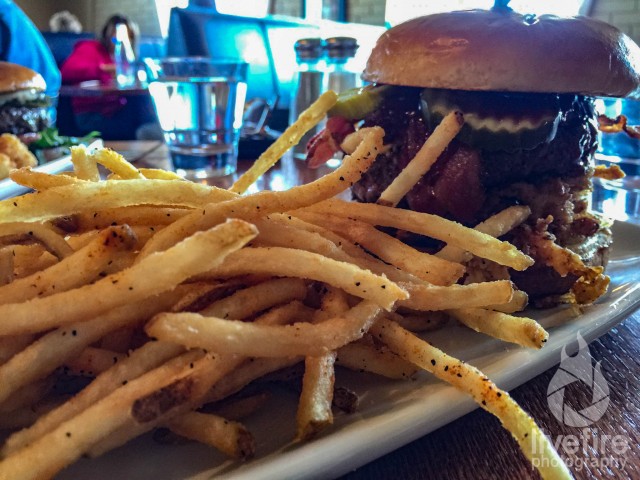 Once fed, we ended up at another distillery, Four Roses. A couple years ago, they sent me some ‘samples’ to show that Four Roses makes some great whiskeys, and they do! The distillery is just south of Versailles, and it’s really easy to get to. The tour is not bad, but our tour guide wasn’t great. She wasn’t bad, but the tour came off a bit collegiate. The bourbons were good, though, and the site is really nice. 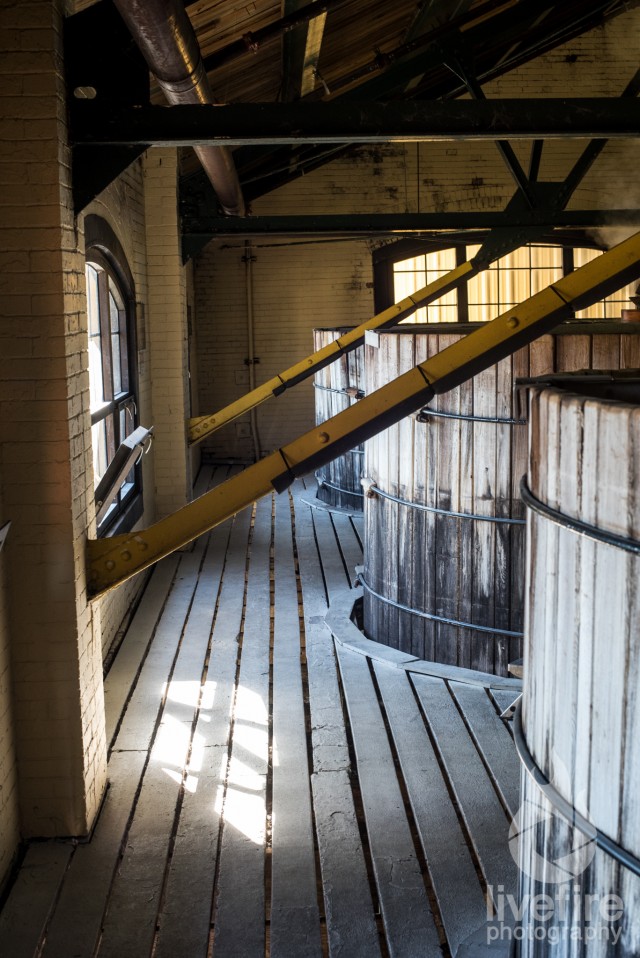 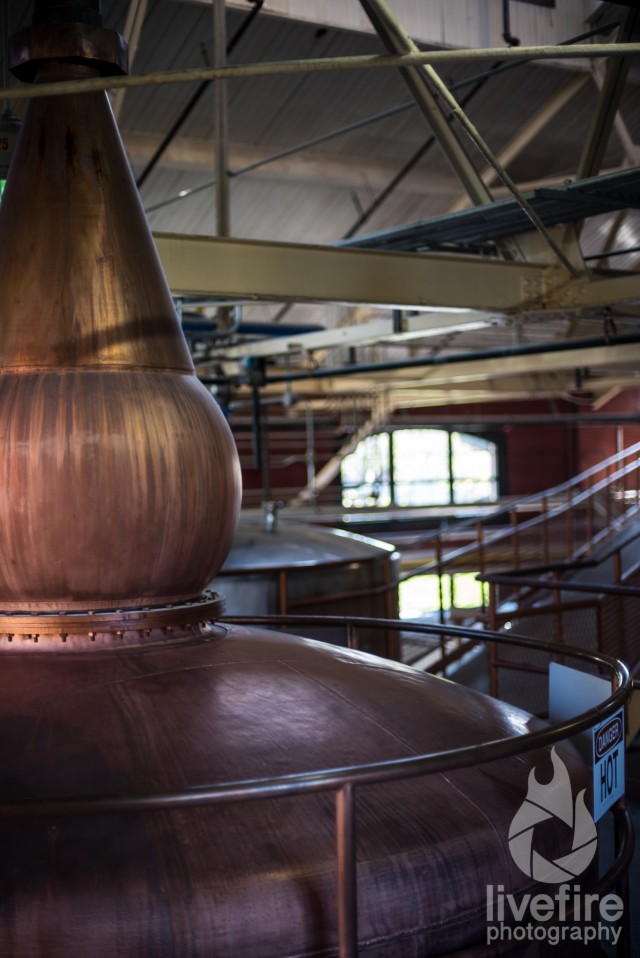 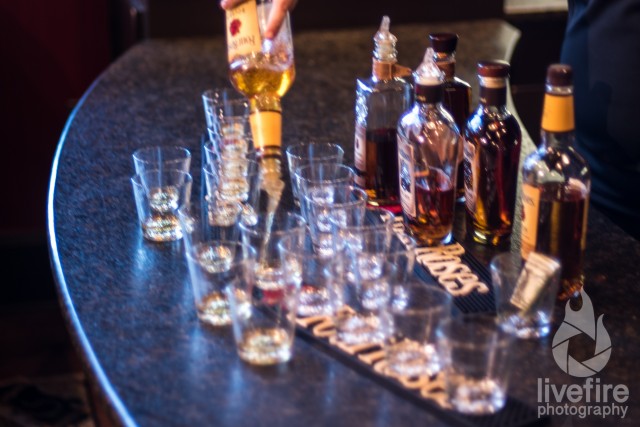 We switched bed and breakfasts to the place we’ve stayed the last couple years, too. It used to be called Swann’s Nest, but Jason, the manager/owner, had the place gutted and completely refurnished. It was kind of 80′s grandma before… Now it’s updated and gorgeous! The basement is now a large bar and pool table area with a great TV spot, and there’s a fire pit and seating outside. Jason has done a GREAT job!

Dinner was in Midway, our favorite little town, and at the best restaurant around, reputedly the highest rated in Kentucky, Heirloom. It’s quiet, small, and obviously local and family owned. The service is fine, but not stellar, but the food is great. 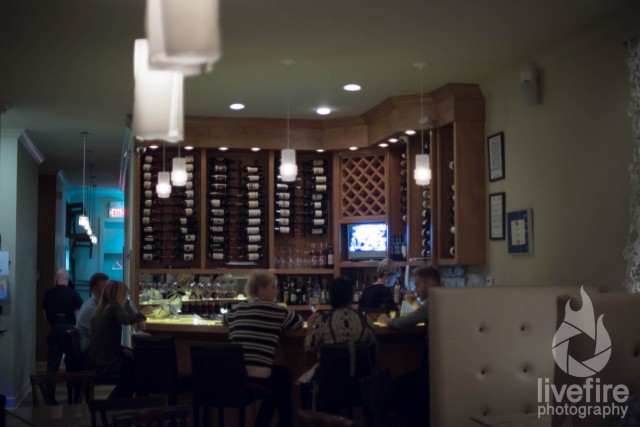 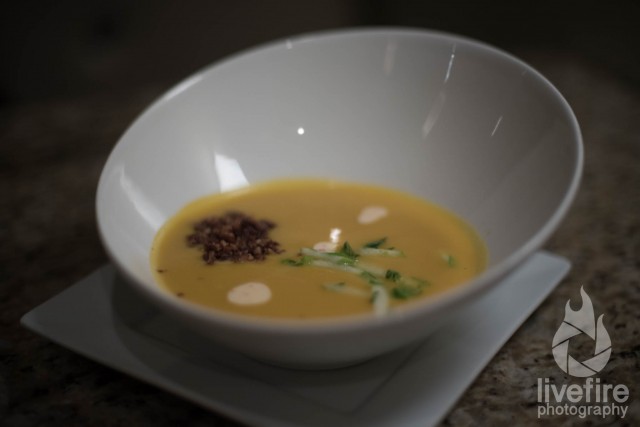 We went with a simple Caesar salad, an autumn soup and duck breast. Everything was really good, and it was actually quite filling! The duck had Brussel sprouts, mashed potatoes, and a couple sauces that worked great together. The soup had candied pecans, sour cream and some pickled onions. Delicious all the way around!

And that ended Day 2 of our Kentucky trip! Day 3 was a big, big, big day for me! Stay tuned (or just come back) to check out my morning at Keeneland, and don’t forget to check out Day 1 of our trip!