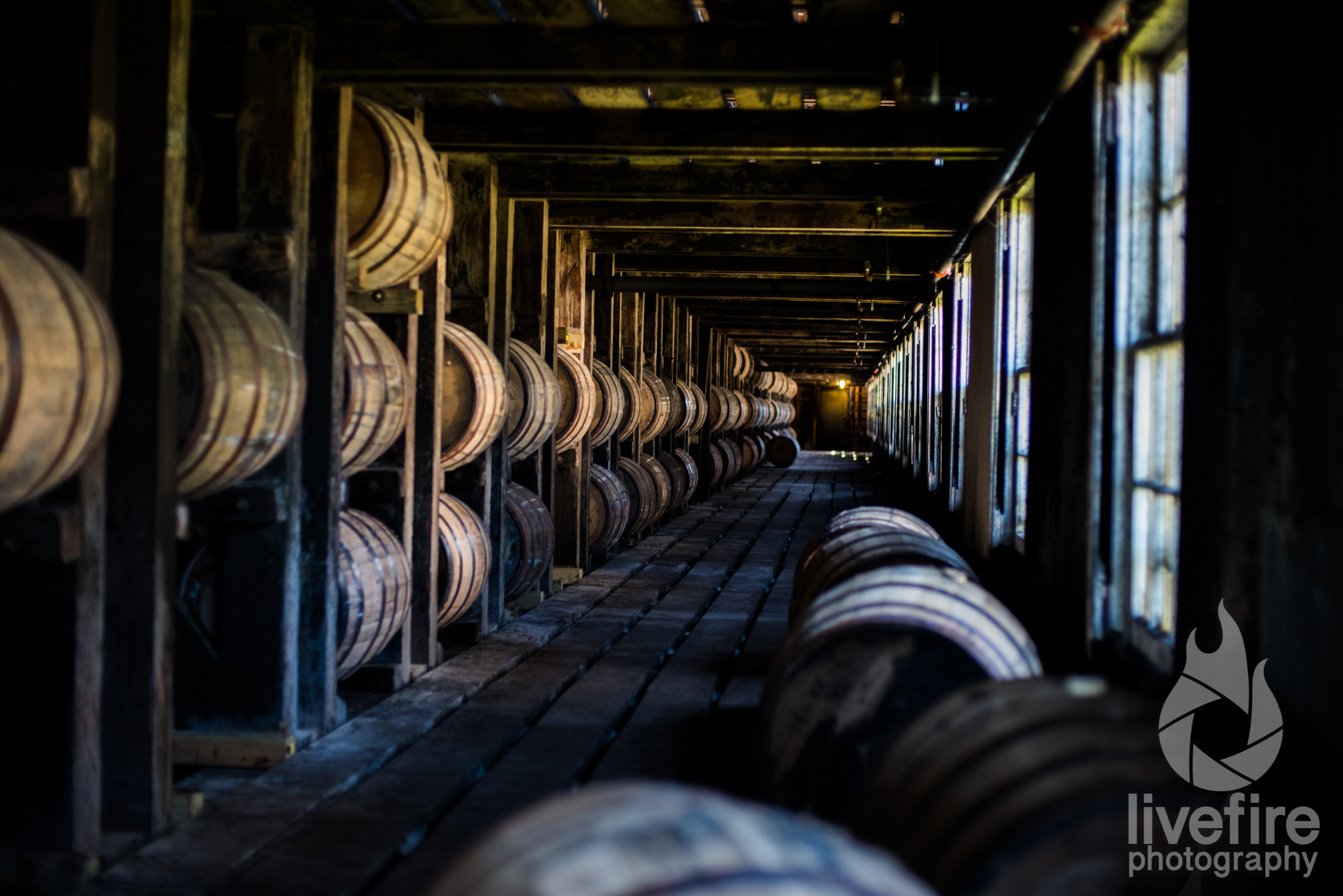 We’ve made it a tradition to spend a weekend in Kentucky every October. The timing is based on Keeneland’s fall meet. I don’t think I’ve ever heard anyone say they don’t like Keeneland. It’s Kentucky’s slightly lesser known horse track, but, in my opinion, it’s definitely the best track and setting combination I’ve seen.

It’s only been since our Keeneland tradition started that I’ve seen the side of Kentucky I’ve grown to really enjoy. It’s nothing new, just new to me, and it’s pretty well known: horses and bourbon. Not necessarily those 2 things together, but the same area that grows great horses seems also to be ideal for aging bourbon! We spent our first day in Kentucky visiting a couple of distilleries, Buffalo Trace and Wild Turkey.

We’d been to Buffalo Trace before. It’s a gorgeous site, and they have about 5 different tours. We had taken the standard tour, so we decided to take the National Historic Landmark Tour. The standard tour goes into a rick house or two, and talks about the bourbons made at the distillery. The National Historic Landmark Tour instead talks about the history of the place, showing some of the older buildings. We got to go into one of the older buildings where an area is being converted to a new restaurant. I’m anxious to try it: not only is is farm to table, but Buffalo Trace is going to grow much of the food served!

Buffalo Trace was still active through Prohibition because doctors would write prescriptions for whiskey. They have an enlarged reproduction of one of those on the wall in the tasting room. 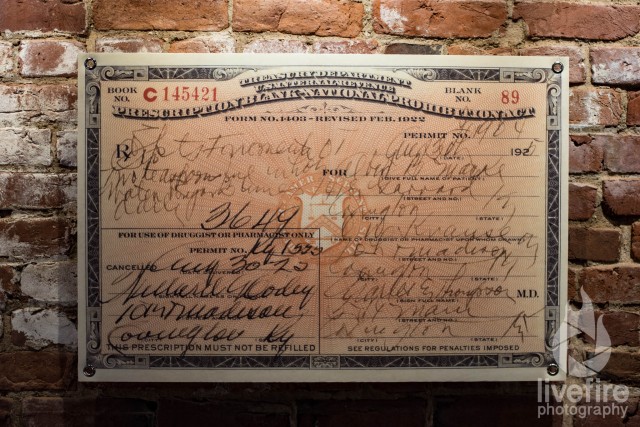 This is a cabinet behind one of the tasting bars. I would love to have one of several of these… especially the Van Winkle group and the Antique Collection! 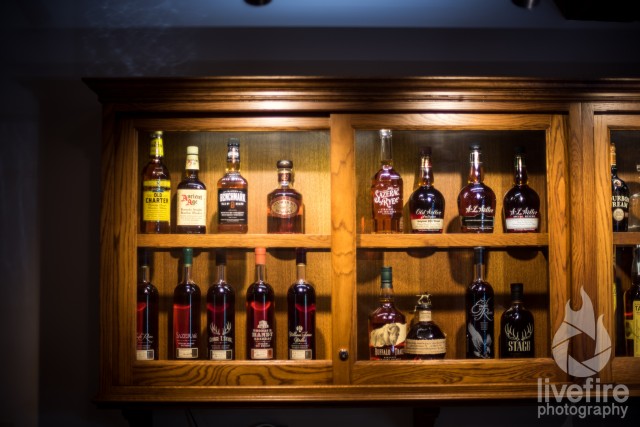 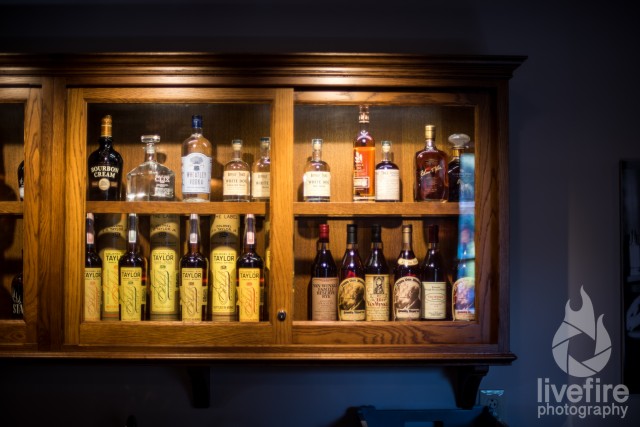 After the tour, our group went back to the visitors center to try a couple whiskeys. I tried the standard Buffalo Trace and Eagle Rare. My wife tried the wheated vodka and bourbon cream. Ok, I really tried the vodka. And it’s good! I may switch my house vodka to this stuff! 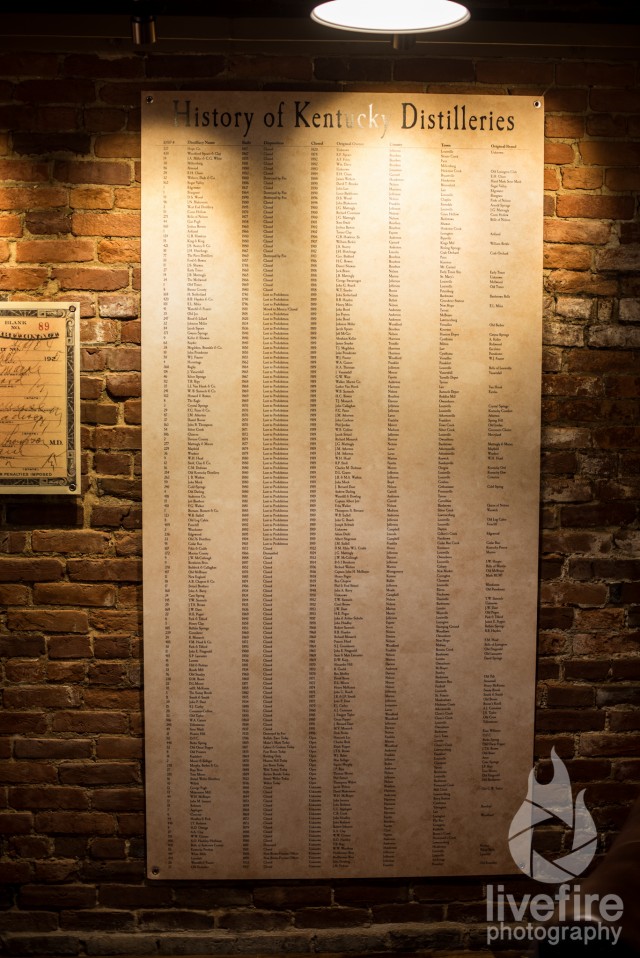 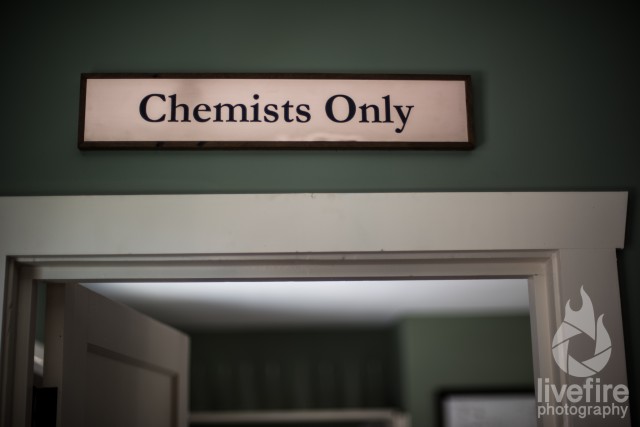 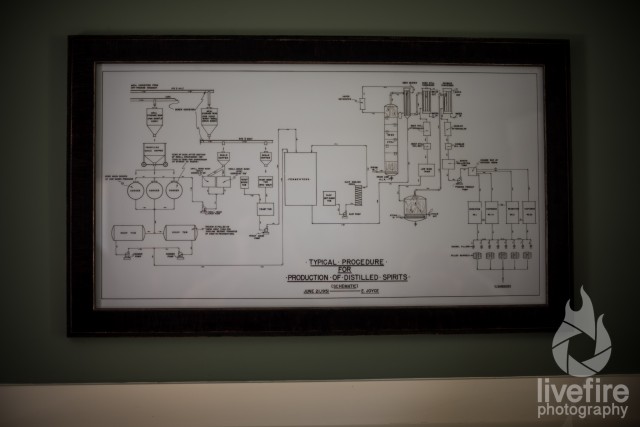 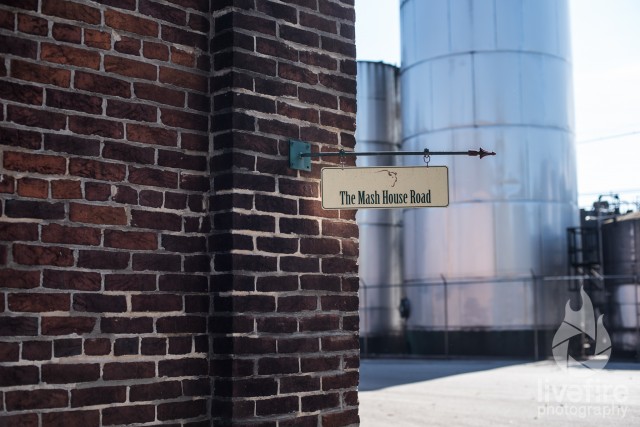 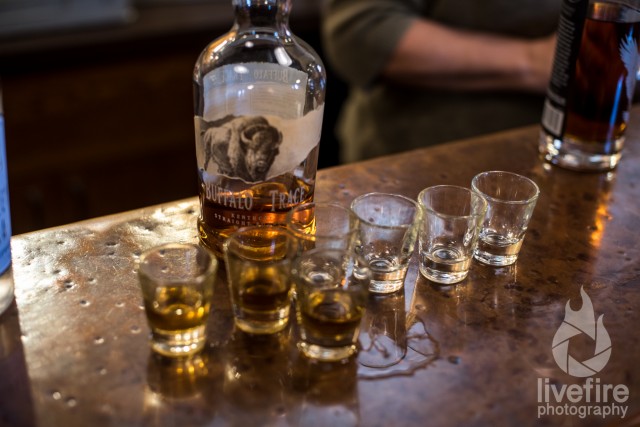 After Buffalo Trace, we ended up stopping for lunch at Darlin Jean’s Apple Cobbler Cafe. It’s a nice place in one of our favorite towns, with straightforward food and pretty good horse photography on the walls. I didn’t get any photos because we were hungry, but they have good sandwiches and great fresh salads. I’m assuming their apple cobbler is good, too!

After lunch, we headed south to Wild Turkey. It was close to the bed and breakfast where we were going to be staying, and we hadn’t been there yet. For some reason, Wild Turkey gets a bit of a bad rap for some reason. Their whiskeys are, for the most part, good to excellent, and higher in rye than most other bourbons. Some people may think that means their whiskeys are rough, but I find high rye bourbon much more interesting than low rye or wheated bourbons. 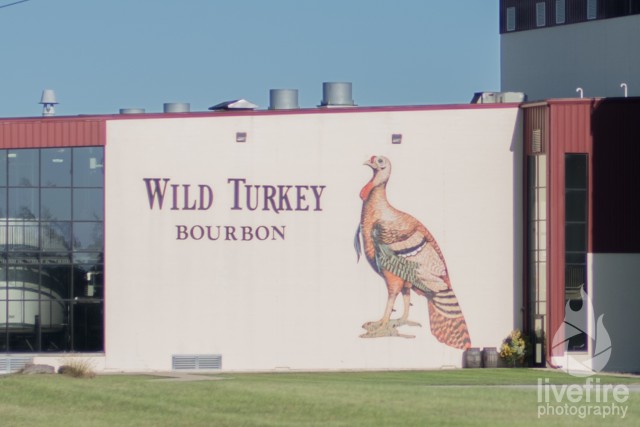 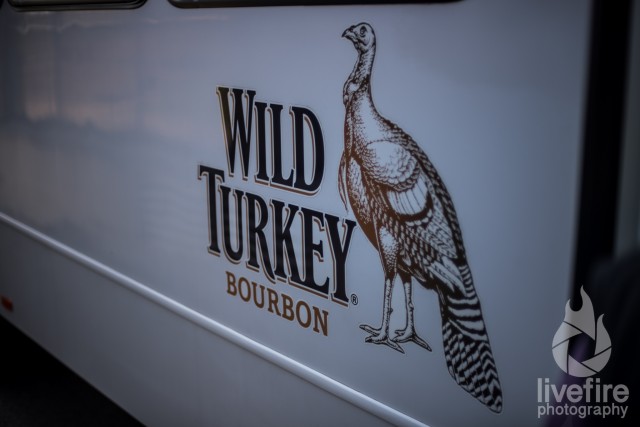 The tour, however, was, by far, the worst of any distillery tours. Wild Turkey is mainly large batch bourbon. The advantage in large batches is that the product is very consistent. The downside for a tour is that the place is so big and industrial that you stay removed from everything, and mostly see things from above through windows. The rick house was good, but the distillery was very boring. The visitor center, though, was well done, with a ramp up to the tasting room. The architecture is interesting, and the tasting is very good, with each person getting 2 tastes. Since my wife doesn’t like whiskey, that meant 4 for me! I tried Wild Turkey 101, Kentucky Spirit, Russell’s Reserve Bourbon, and Russell’s Reserve Rye. They were all actually quite good, but my favorite was the rye. They didn’t have Forgiven, which has been my favorite, but I also have the 17-year-old Master’s Keep to try that is supposed to be excellent! 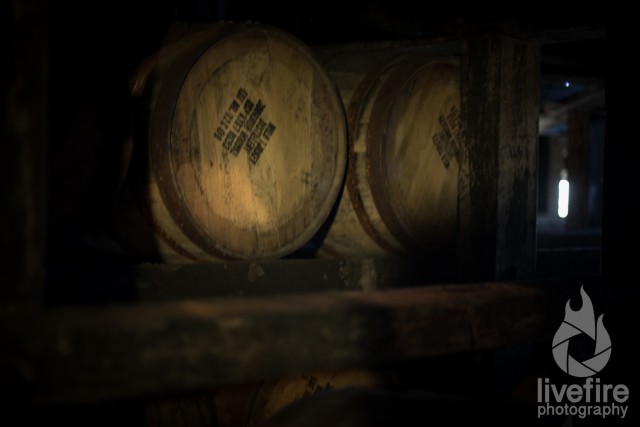 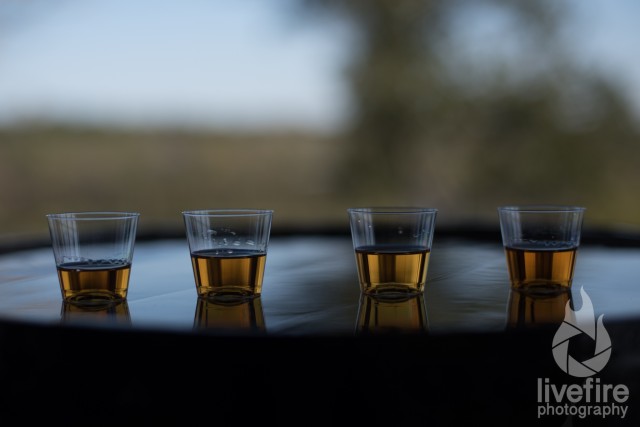 After the tour at Wild Turkey, we went to the bed and breakfast at which we were staying. It just opened this year, and the owners built their house inside the dimensions of an old distillery, but left some of the original walls up, calling the place the Ruin. They also bought an old log cabin, and their architect used parts of both buildings to build the house. And it’s GORGEOUS! The bed and breakfast was across a breezeway, above the garage, and it’s only 2 rooms with a common area. The rooms are very well- ppointed, the bathrooms are large and bright, and everything about the place is just fantastic! Breakfast was in the main house, on the screened in porch. Ron and Elise are the owners, and they were both very friendly, and we enjoyed talking to them. We look forward to staying at the Ruin again! 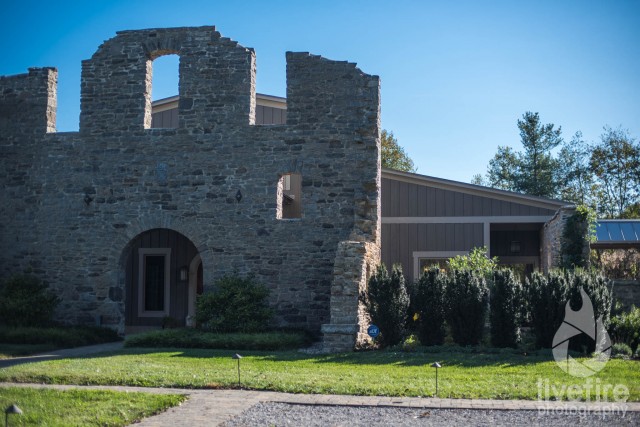 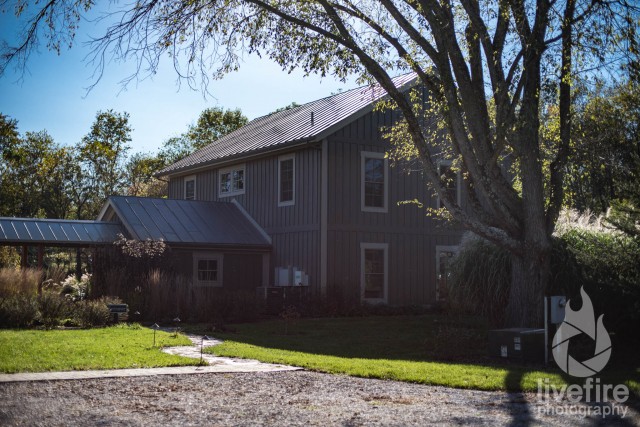 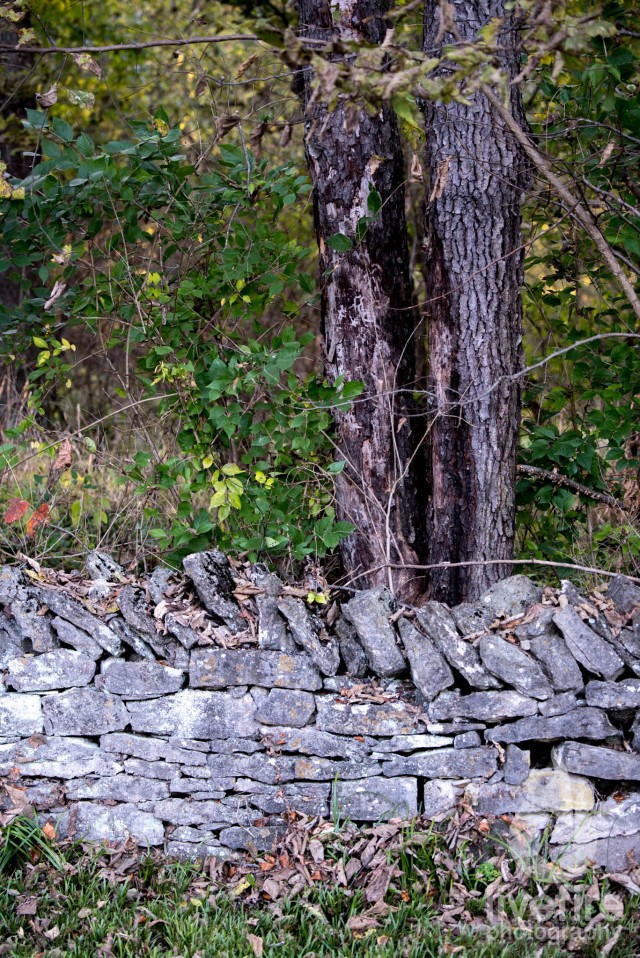 I took a drive around a bit before dinner, since we were in my favorite county in Kentucky, Woodford County. It’s just too pretty not to enjoy! 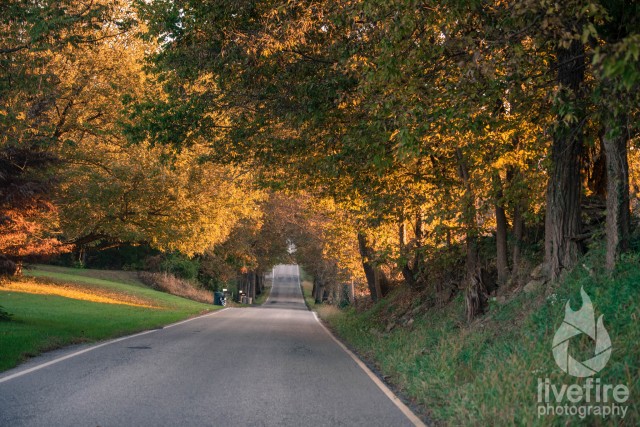 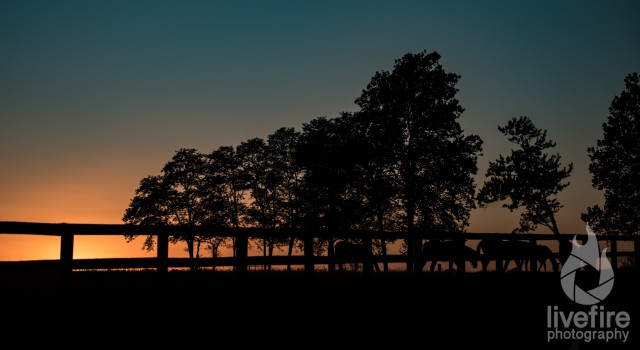 The next day will be covered in another post, but dinner didn’t get much photography… I was too hungry by the time we got to eat! We stopped in Versailles, Kentucky (just a couple miles from the b&b) at a place that’s supposed to have great burgers, Napa Prime. It’s in an old Pizza Hut, but nicely done. However, we waited for some time for a table, only to have a party seated before us that had come in well after we were there. The hostess didn’t take any time to explain why. I get that they were sat at a larger table, but they also could have waited for another large table to free up, since a party of 2 with a child had just been seated at the same table. We didn’t wait… We went instead to Ricardo’s Grill and Pub, and got seated right away. The food was pretty good, and our service was very friendly and really good. But it was late, and I was hungry! I did try a local beer, a Country Boy Shotgun wedding, made with vanilla and coffee, and I loved it!

Stay tuned for more Kentucky… It was a great trip!