It finally arrived! I’d been looking forward to the new Char-Broil Digital Electric Smoker since seeing one last May.

I’d used electric smokers before, but they had issues with heating elements that were too small, or they weren’t able to hold enough wood chips to really add any smoke flavor. Some electric smokers use proprietary wood pucks that can be hard to find.

The Char-Broil smoker, though, has a temperature range of 100-275F, and it has a new smoke box that’s really big, holding enough pellets or wood chips to smoke for several hours, at least supposedly. I had to try it out, of course.

First of all, it took all of about 10 minutes to get the smoker unpacked and ready to go, sliding in the racks, the shield in the bottom, smoke box and water pan. There are built in wheels in the back, making it easy to move around. Seasoning was simple, too, and really just burns off anything left on the inside components, including the 4 shelves included. 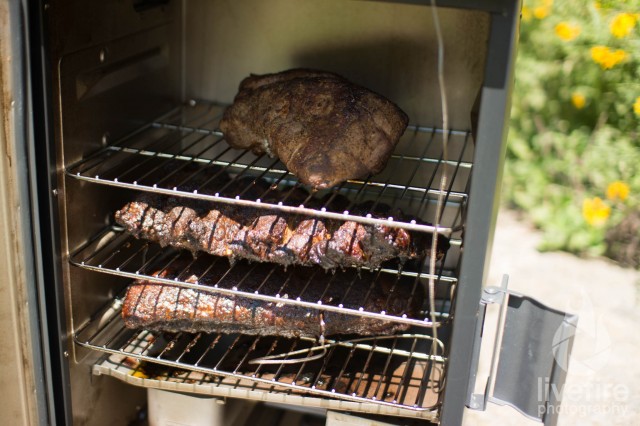 I filled the smoke box with pecan wood chips, the added a brisket, some beef ribs and a small Boston butt roast for pulled pork. I put the included meat probe int he brisket and let things go.

Setting up the smoker was easy. The temp changes 5 degrees at a time. The unit allows a timer to be set, too, or a temperature can be set for the probe in the meat to turn the unit off when the meat is done. 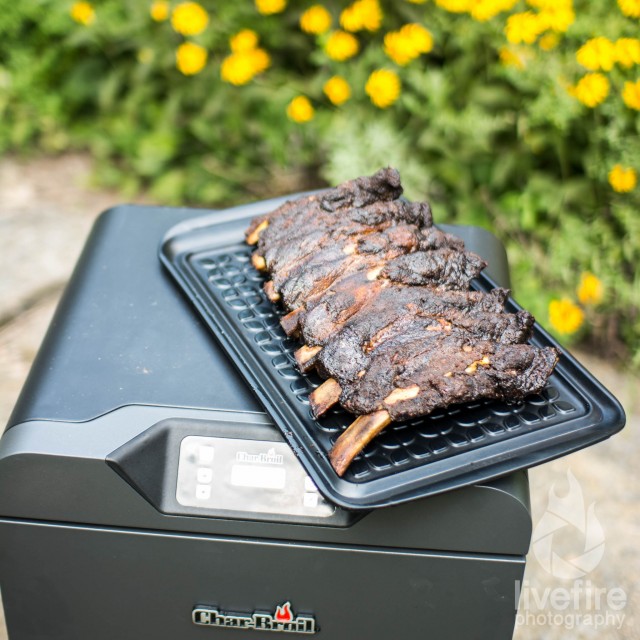 I set things up at 250, and the smoke lasted about 5 hours, which really surprised me. When it was all done, the chips were completely black throughout, with no ash, so the unit extracted as much smoke as it could without burning the wood chips.

The brisket, being closest to the heating unit, got done faster than I expected, but it was well done throughout, and juicy, with a nice smoke flavor. It wasn’t as heavy of a smoke flavor as a charcoal/wood smoker, but it was very acceptable. Given that no real interaction was needed, it was a great trade off! 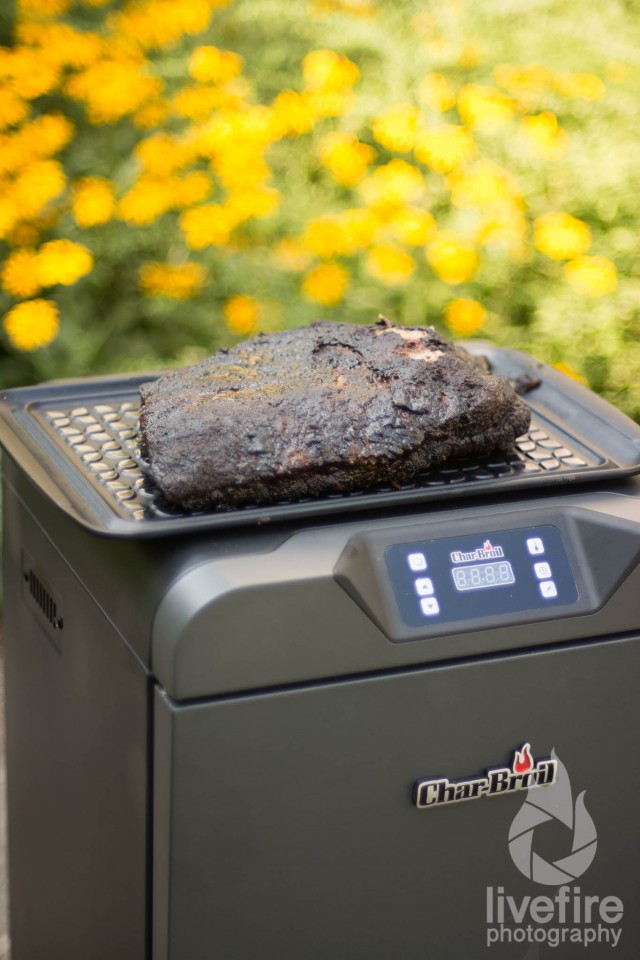 The ribs were the first done, of course, and they were moist and really delicious! The pulled pork took the longest, but it was done in about 8 hours, being a smaller shoulder part (about 5 pounds). It pulled easily, once it reached about 195F.

The unit cooled down within half an hour, and cleanup was simple. The grates came out and washed easily, the water pan and bottom shield took a bit more cleaning, but some baking soda, Dawn and vinegar took off everything. Vinegar and baking soda also made quick work of the door and sides. I was impressed with the speed of the cleanup. 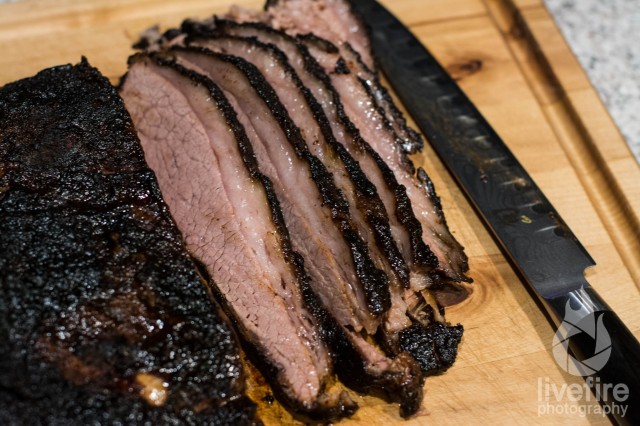 I’m looking forward to putting this through its paces some more, but my first impression is that it’s going to be great to use… and get a whole night’s sleep while doing bbq!

For disclosure, the Char-Broil Digital Electric Smoker was given to me for an unbiased review free of charge.