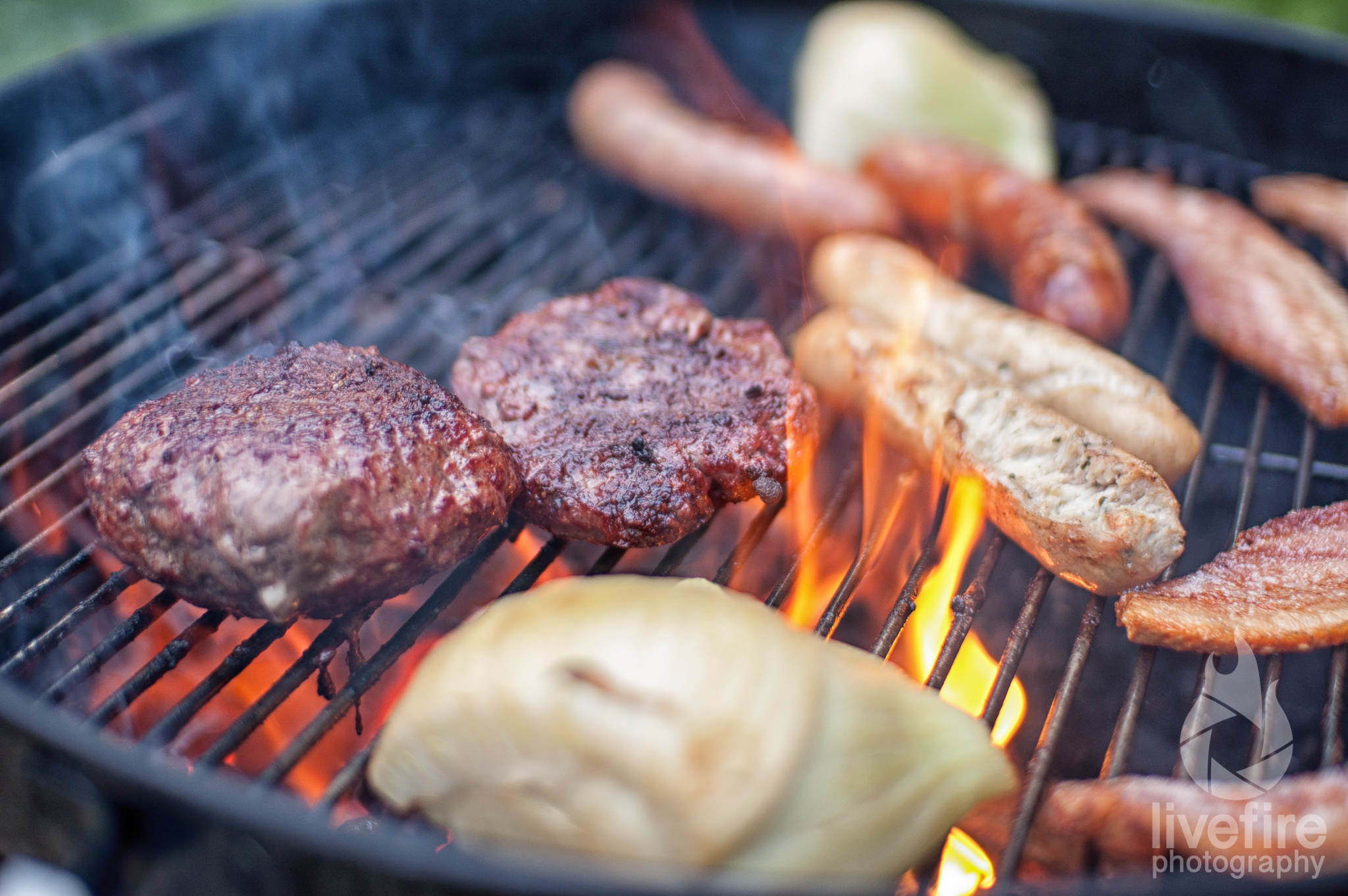 Posted by: Curt McAdams 30 Jul ’15 in Grilling Leave a comment

I’m a bit late to the game, but better late than never! Wayfair.com is featuring stories, so I thought I’d throw my favorite early grilling stories. Sorry, i didn’t have a camera back then, so no photos are available of the actual events… Fortunately.

Imagine that it’s 1978. Somehow, as a young teenage boy, I find myself alone at home. My good friend, we’ll call him B, comes over, and we walk up to the local Supervalu store and figure out what hunk of beef we’re each going to grill. Had we ever done this before? NO! Were we afraid we’d screw it up? NO!

Well, B got a sirloin steak, I think, as big as his head. I think I got a strip steak. We might have seasoned the steaks, but I don’t remember. We lit charcoal in a pile in our small, almost table top cheap charcoal grill. It was a round grill with a flat bottom and a lid that came all the way off. We poured a bunch of lighter fluid on the charcoal… that’s how you lit it, right? The fire didn’t damage anything, and the coals were eventually grayed over. We fixed our first steaks that we cooked ourselves and ate them. They were actually pretty good.

However, we followed up the steaks with the quart or half gallon of ice cream that we also bought. Have you ever eaten that one bite too much, when you know you’re stomach is starting to bubble up a bit? B was there. A quick run through the kitchen brought him to my mom’s bathroom, with about 8 feet to cross to get to the shower/toilet.

Alas, that 8 feet was about 7 1/2 feet too far… B projectile vomited all over my mom’s bathroom. The most I remember from that point is staying away and letting B do whatever was needed to clean it up.

The 2nd story I have was at my Dad’s, probably a year later. He had built a redwood cart for his Weber kettle grill, and it was great.  He got a fire going, again with lighter fluid, and there were burgers on the grill, with a lot of people waiting to eat.

Dad went out to check on the burgers, and I was standing about 10 feet or less away. He didn’t know about how one should open a kettle grill away from themselves, and the added air caught on fire, and a big fireball flew up right into his face.

It was a bit scary, but he wasn’t really burned, fortunately. I looked at him and started laughing, though. The whole front of his hair was kind of curled up (if you’ve ever seen a burned hair, you know what I mean), and it felt a bit crunchy. The best part, though, was that he had absolutely no eyebrows. Gone!

That’s it… My first grilling memories. Life was simple then. But I am much better on a grill now!