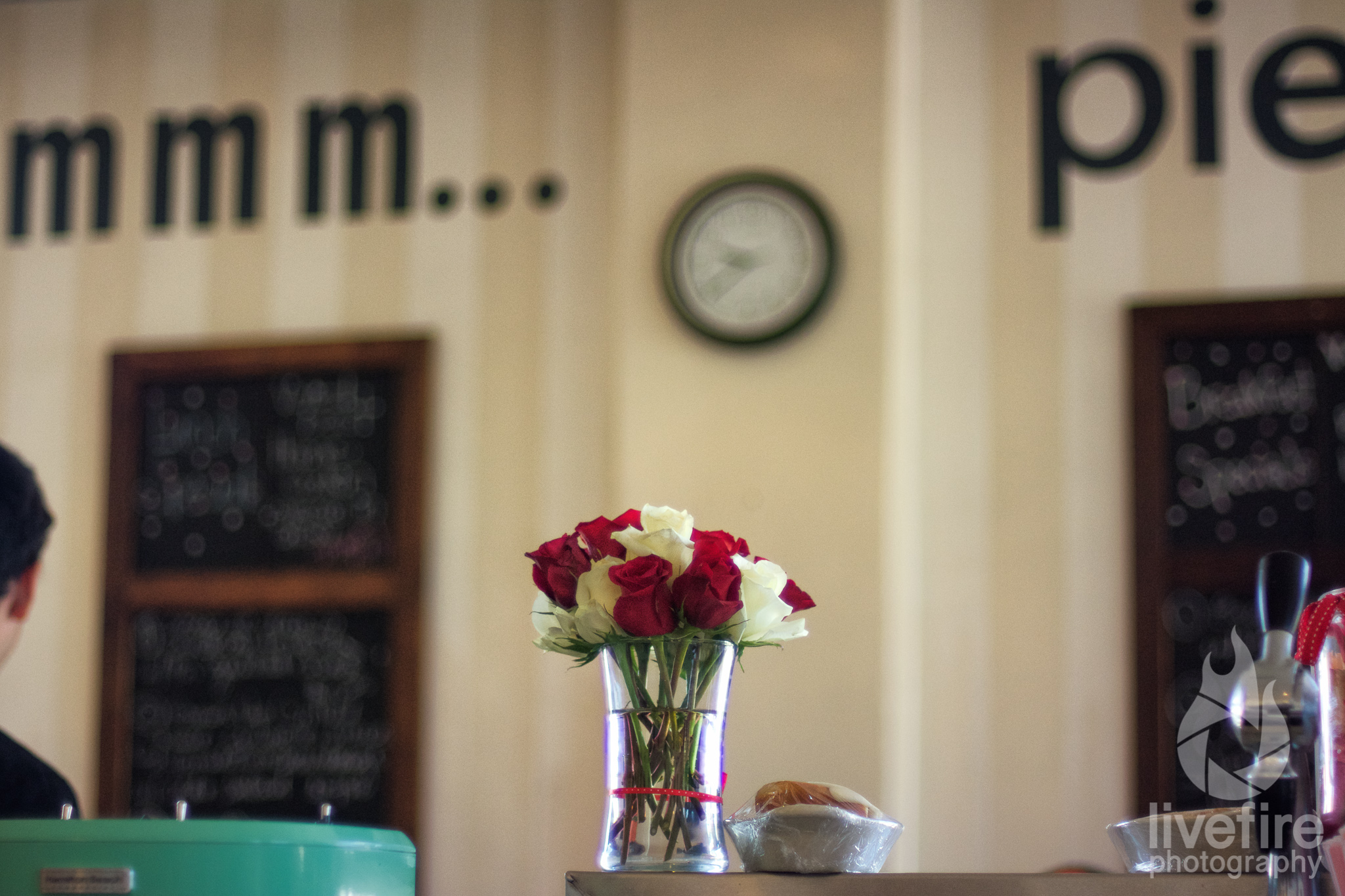 From late April through mid-June, I did a bit of travel here and there. It was mostly not work related, but the last trip was to a conference in San Diego. I’ve been to the same hotel 2 other times, and I’ve learned that June is typically filled with grey mornings that turn into sunny, fantastic days. This year was different, though; out of 7 days, only half the time was sunny. It even kind of rained a couple days! We made the best of it, though.

My wife went with me, and we got in early enough to enjoy a beautiful Saturday on Coronado Island (not really an island) and La Jolla, then started Sunday with a trip northeast to Rancho Santa Fe and one of the coolest farmers markets I’ve been to anywhere. Then back to Mission Bay for the start of the conference, followed by dinner in Del Mar. Before going further, I’ll warn you now… This is very photo-heavy! it’s gorgeous, even with the grey skies we encountered. Oddly, the first 2 mornings were bright and clear, so I finally got to see Mission Bay in morning sunlight! Saturday started with the surprise of the morning sun, letting me see the city in early light for the first time, and the view from the 13th floor (it was marked 14) was great! 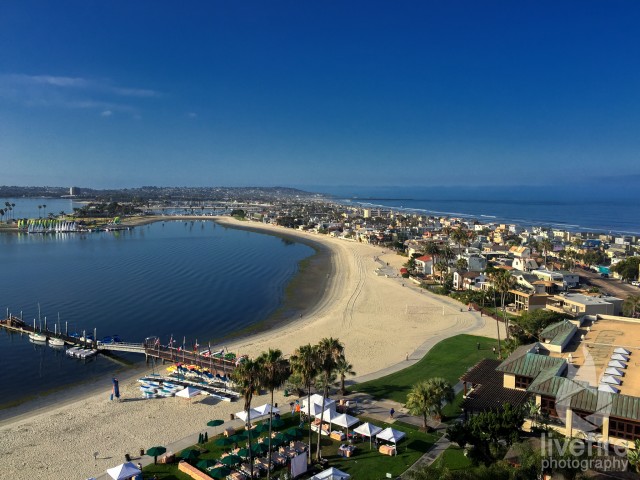 One thing I like about traveling west is that I can get up early by staying on eastern time, so we got a good start out to Coronado Island. We went back to Clayton’s, hoping to get a cronut, but they don’t sell them anymore! We had breakfast, and it was ok, and the diner is pretty cool overall. 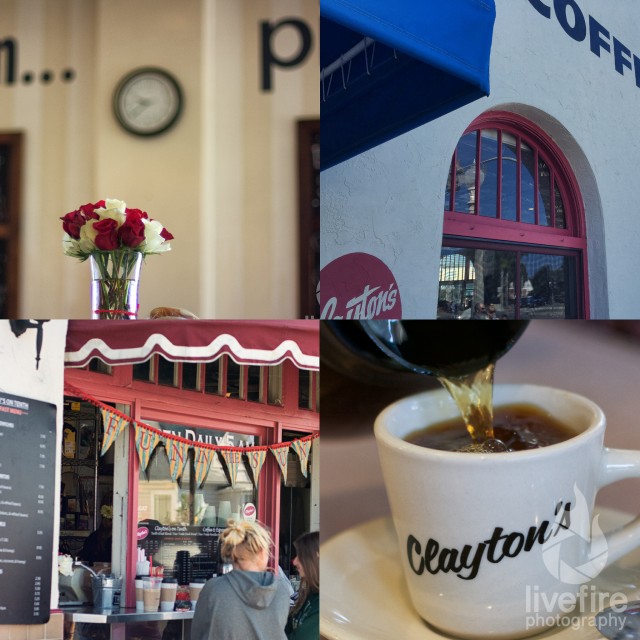 Just a few blocks away, the Hotel del Coronado sits on a great beach. The hotel is beautiful and has some great shops and restaurants. It’s definitely worth a visit if you’re a fan of old movies! They even have their own edible garden for the restaurants to use. 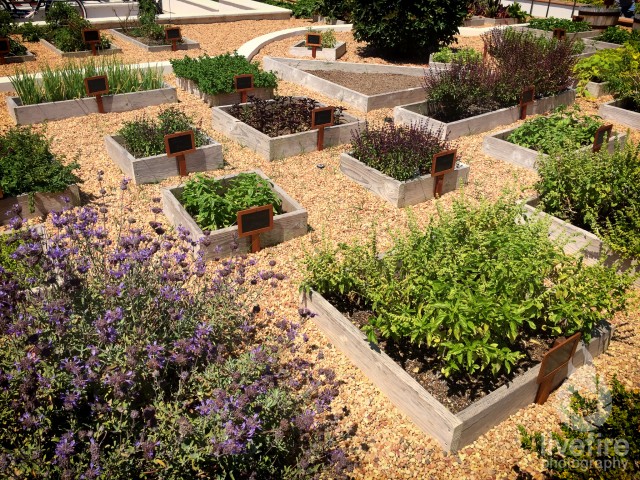 The tower at the Hotel del Coronado is pretty well known. 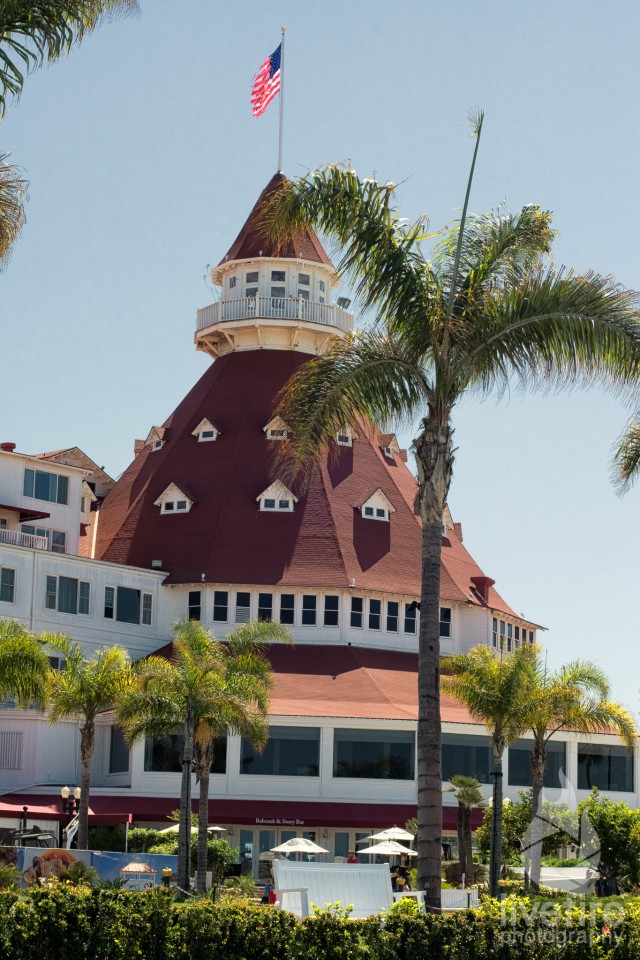 And the beach by the hotel is wide and gorgeous.

We spent some time resting up in our “penthouse” suite, then headed to La Jolla for dinner. We had early reservations at George’s at the Cove. I’d been told this was a great restaurant. The view is incredible, looking out over the La Jolla Cove. We had decent food, but, honestly, it wasn’t all that impressive. The one shot I didn’t get, somehow, was the dessert of sticky toffee pudding cake. This was FANTASTIC!!! I’d go back just for more of that. I’m actually surprised we didn’t! 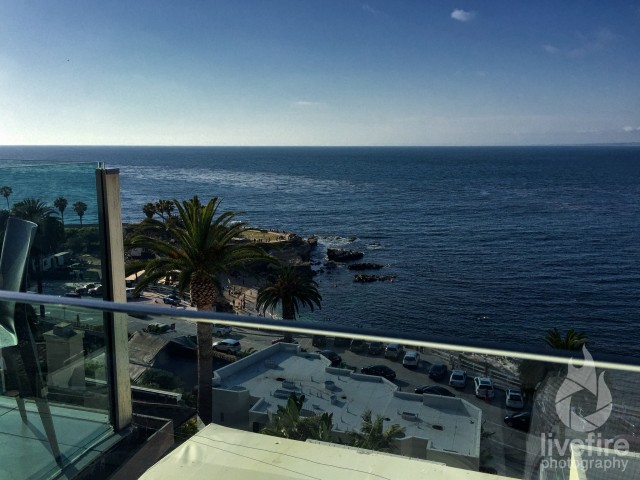 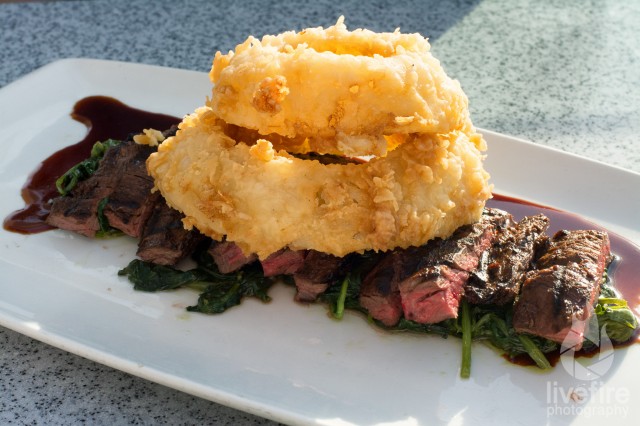 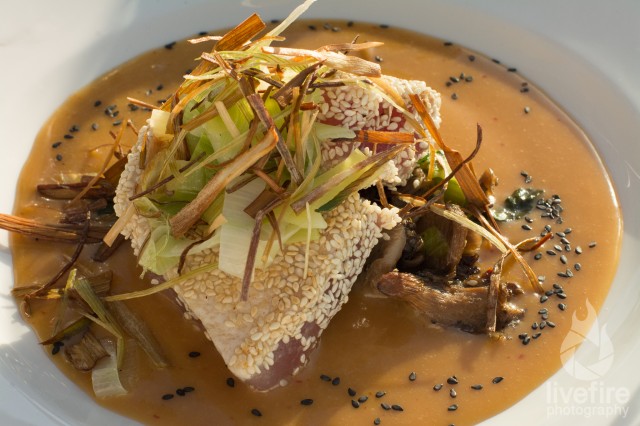 Sunday started just as nicely as Saturday, and we got in the car to head up to Rancho Santa Fe to the Inn at Rancho Santa Fe, and brunch at Morada, the restaurant there. I got the same thing I got last year, because it was a great breakfast, but I also had a bit of whiskey… They just opened up a whiskey and cigar room at the inn! I’m hoping to go back next year to the same conference, and we’ll likely spend a night in Rancho Santa Fe before the conference starts. The inn is just so peaceful and everything is just, well, good about being there. My uncle almost threatened us last year if we didn’t go, and now we’re even bigger fans. 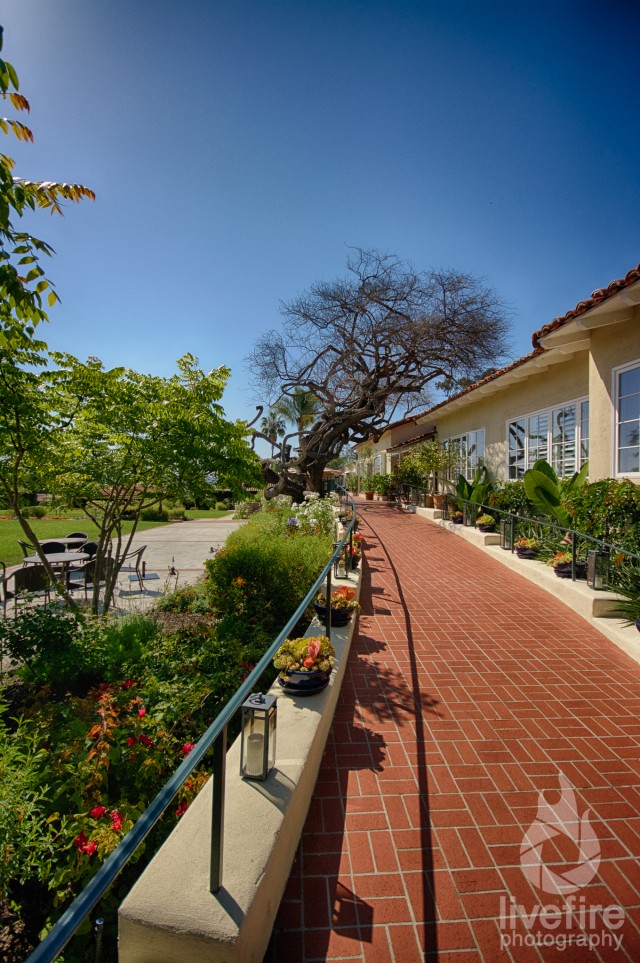 I think this tree is dead, but it’s very cool, and kept in place by the hotel staff. 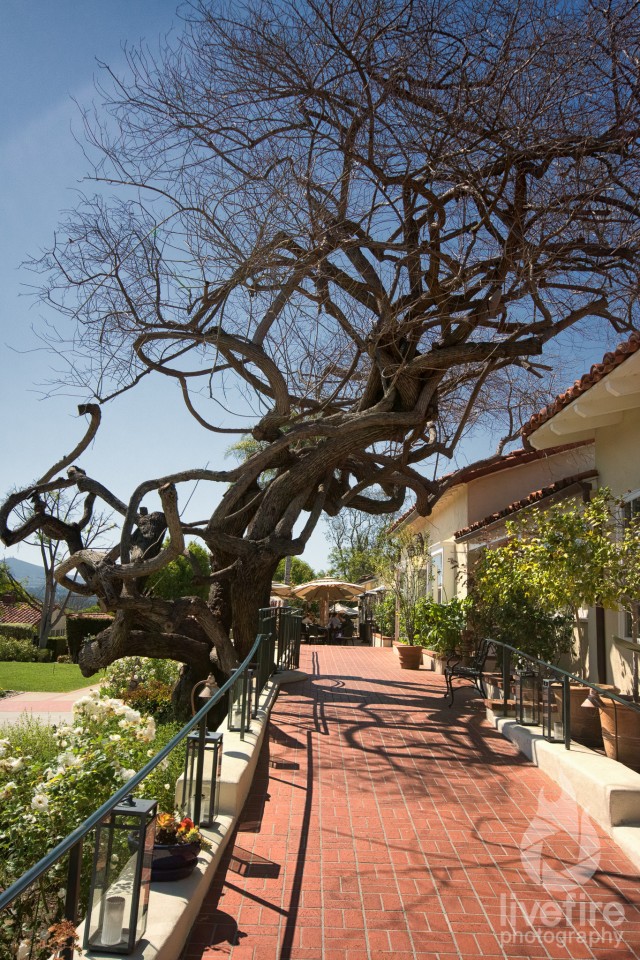 Okay, this umbrella needed to be mended, but who wouldn’t enjoy this setting for brunch? 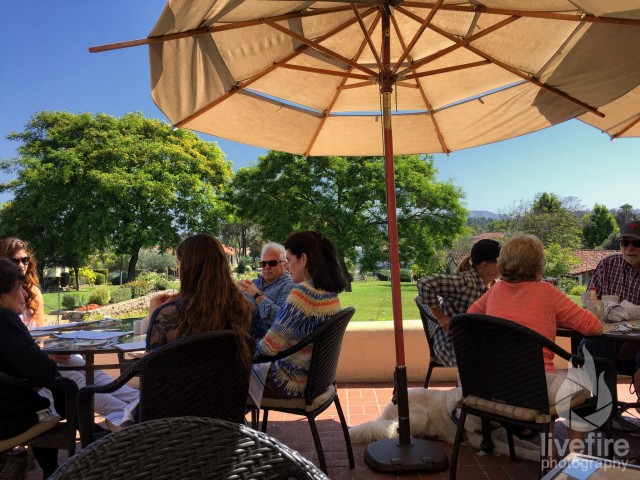 The menu isn’t overdone, and the selection is a great variety… But I still went with the short rib scramble with horseradish. And a whiskey. 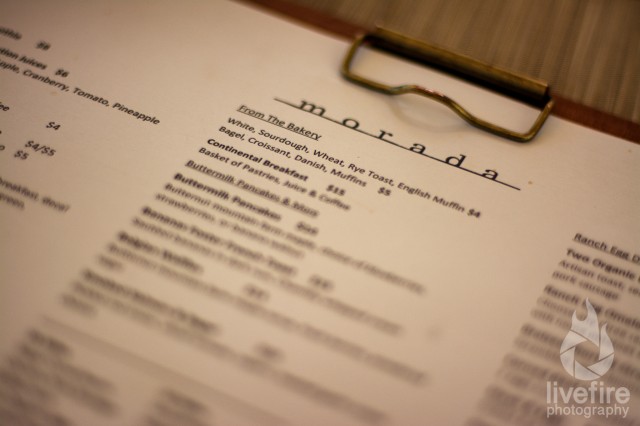 The town is about as different from San Diego was it could be while still being in the same area code. 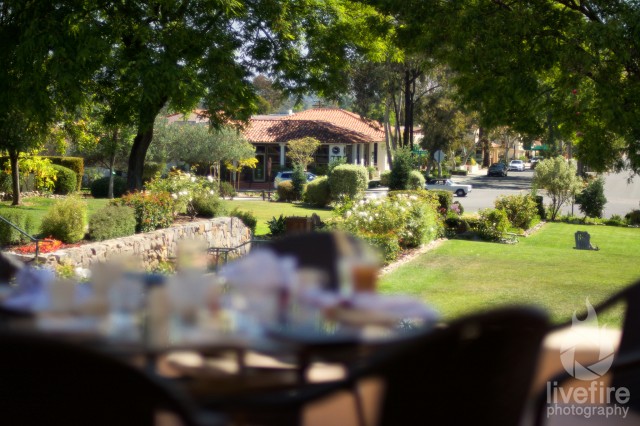 The food is really good at Morada, but, more importantly, the setting is so nice that it’s worth spending some time there. It’s only about  30 minutes from where we were staying, but a completely different environment, with lots of rural area, horses and lack of congestion. On the way back to San Diego, we stopped at a farmers market… It was one of the best farmers markets I’ve seen, with a variety and quality of produce that is hard to match, and it’s all local!

The breads at the farmers market looked like they right out of a bakery. This isn’t that uncommon.. If you’ve had Blue Oven bread in Cincinnati, that’s great bread, but this still looked really great! 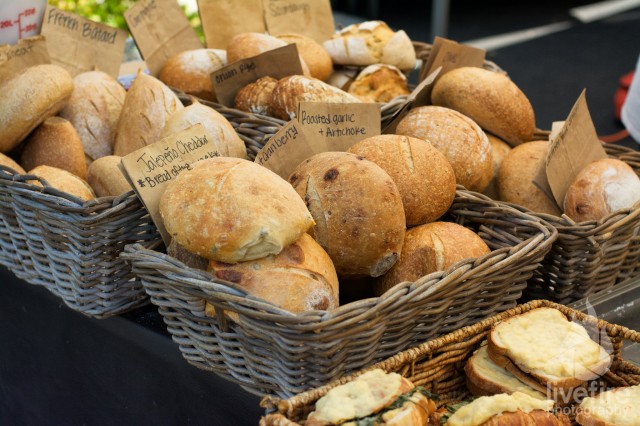 The farmers market had not only produce and goods to take home, but several vendors that were cooking food to be consumed right there. There was even a couple providing live music! 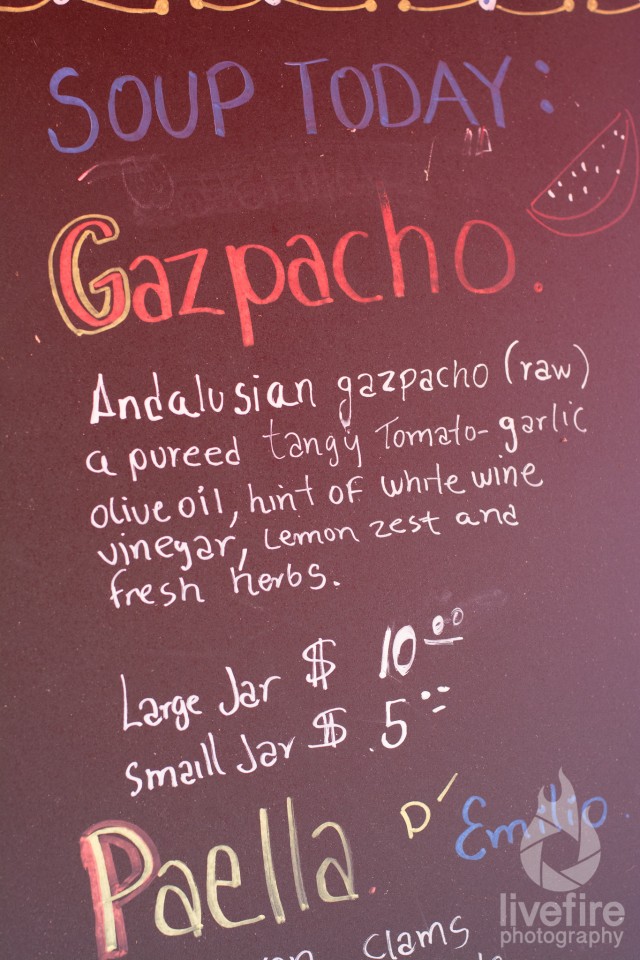 I’ve seen olives and olive oils at farmers markets, but not right from the land where it’s produced, just up the road from the market. 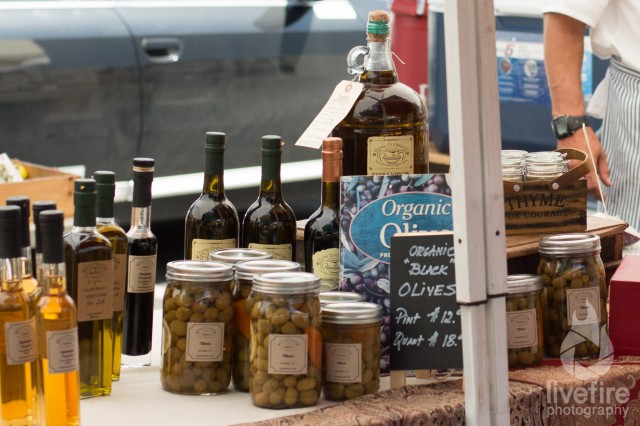 The cherries looked really great… but they needed a Manhattan to call home! 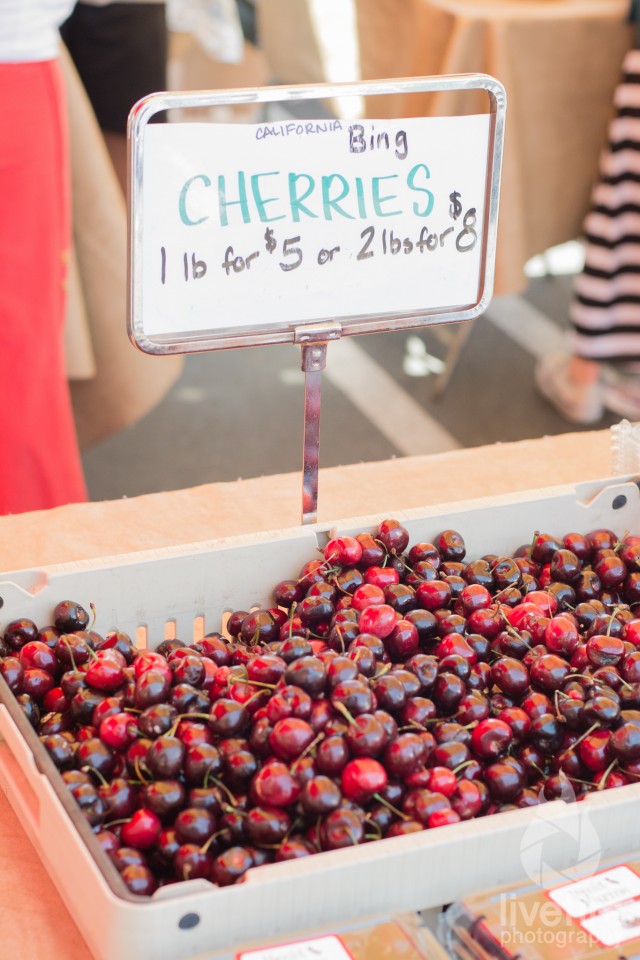 Flowers and produce everywhere… in varieties we ship into the midwest, right from the gardens to the market. 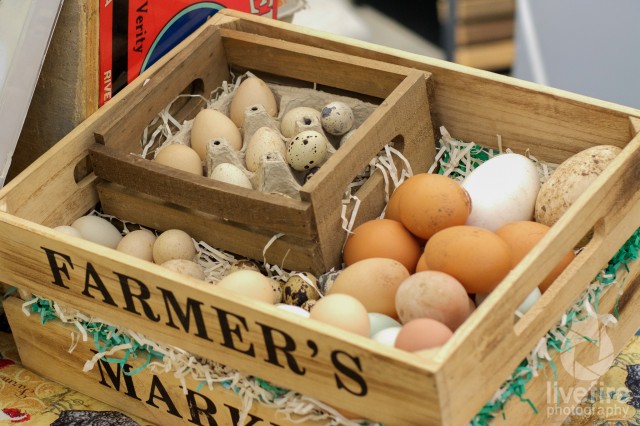 We headed back to Mission Bay, and, after a bit of the conference starting up, we then headed back up north to Del Mar. Last year, we went to downtown San Diego to a great restaurant that has since expanded. Searsucker had 2 locations last year, Austin and San Diego, but now has 2 new spots in Las Vegas and just north of San Diego in Del Mar, so we thought we’d try the new spot. It turned out that the restaurant was in a strip mall area that was actually really nice, and it was on the far end with an outdoor garden/patio with a fish pond. They’ve decorated from the Restoration Hardware catalog, I think, but that’s a good thing. The restaurant is open and comfortable, and we got there pretty early, still being on eastern time. We were more than ready to eat be 5:30, as that felt like 8:30 to us. The food at Searsucker is just a lot of fun, and well-executed. From burrata caprese salad to the duck fat fries to the braised short rib, everything was really well made and served.

I found out how much I like burrata! You probably already know what it is, but, if you don’t, it’s a mix of cream and fresh mozzarella (it can be ricotta and mozz, too). 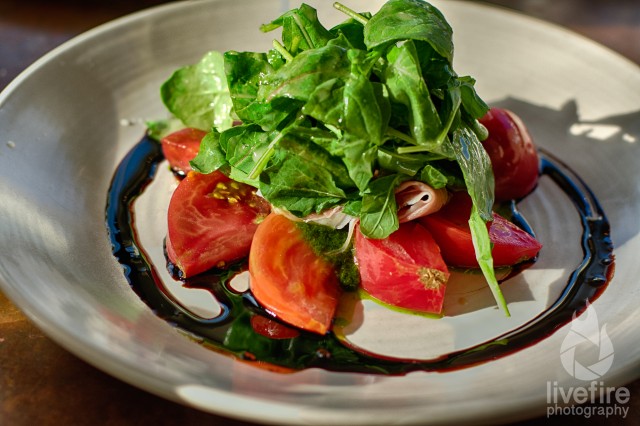 We’d had duck fat fries the year before at Searsucker in San Diego, but we didn’t try the browned butter fries. We asked if the chef would make some for us, and we loved them. And the house made ketchup was sooo good! 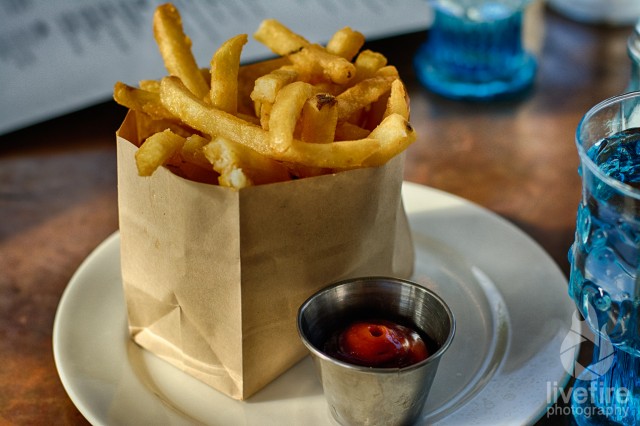 And ending with pistachio-crusted short rib… Fork-tender and just delicious… a bit of chipotle, but not too much.

On Saturday, the sunset was really nice. Some clouds, some sun, some cool temps. We headed the block over from the hotel to Mission Beach, and got a few shots… 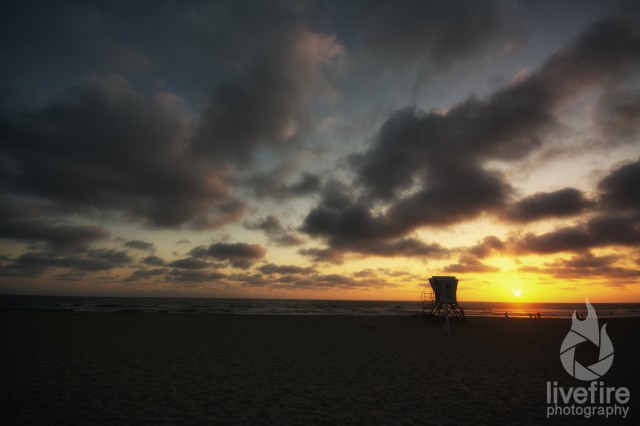 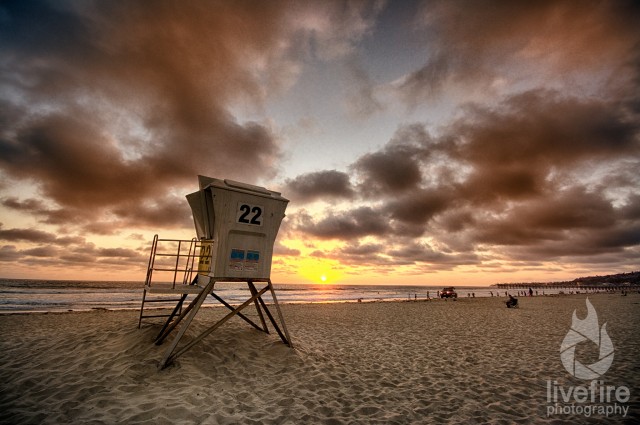 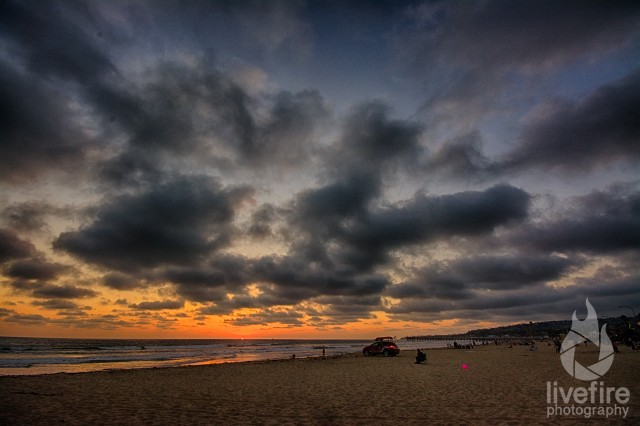 That ended the weekend for us (other than a quick stop at Bev-Mo for some wine and rye whiskey for the week). Part two of San Diego 2015 will go through the week (which included another trip to Searsucker, as well as a couple other great San Diego restaurants!). Unfortunately, the incredible weekend weather didn’t hold,b ut we still had a good trip!