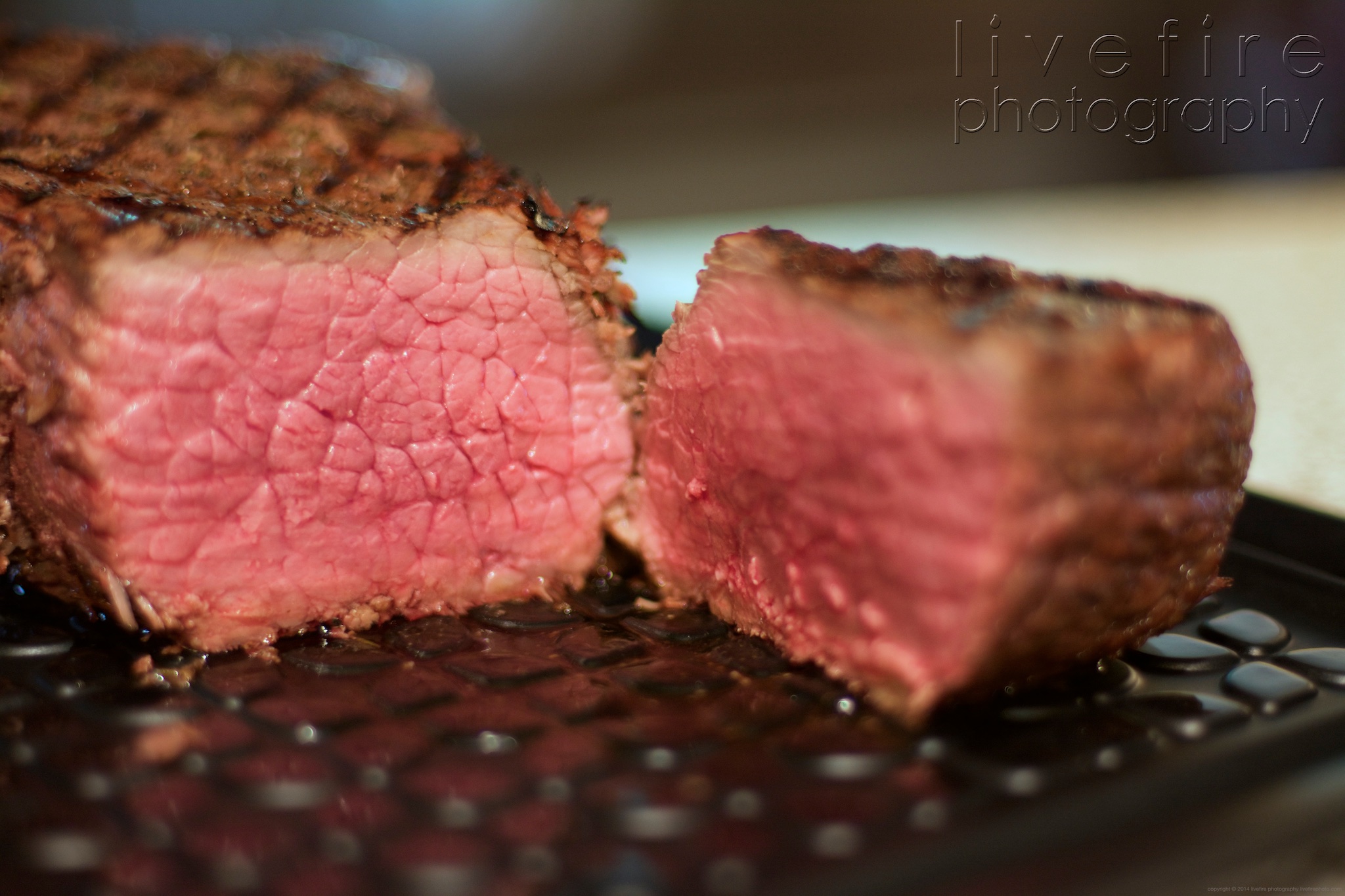 In May, I went on a trip focused mainly on photography (get it? focused on photography???) with my uncle. After flying to Dallas, we flew to Albuquerque, then drove to Santa Fe and Taos, then drove across northern New Mexico to southern Utah and northern Arizona, taking a quick drive up into southern Colorado. In Utah, we went to the Vermillion Cliffs and Peak-a-boo Canyon, then headed back via Phoenix. It was a great trip, and I borrowed the best camera I’ve ever used, a Nikon D810, and used a rented Nikon 14-28mm f/2.8 to get some great photos (to me, at least). 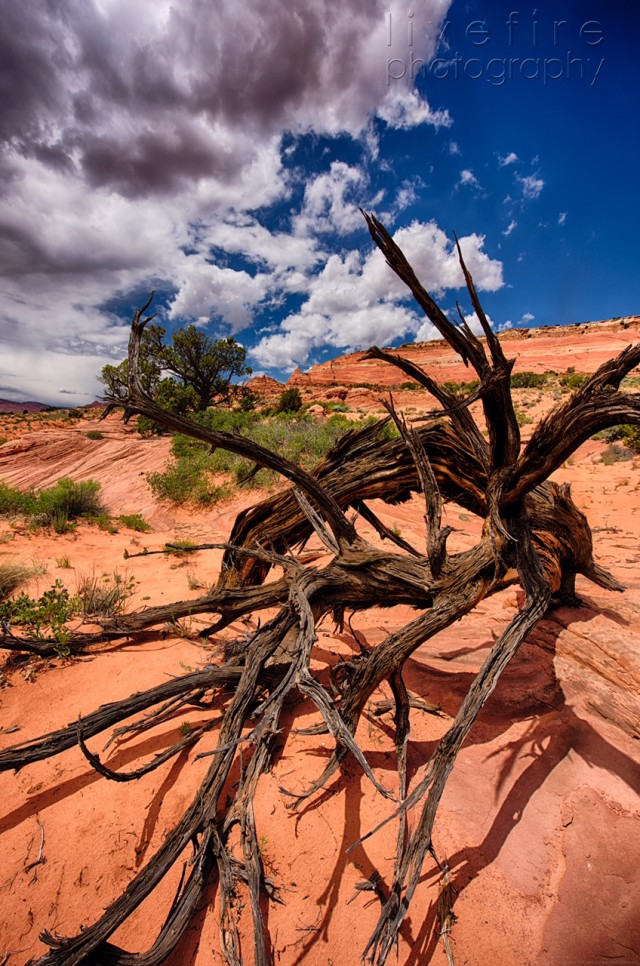 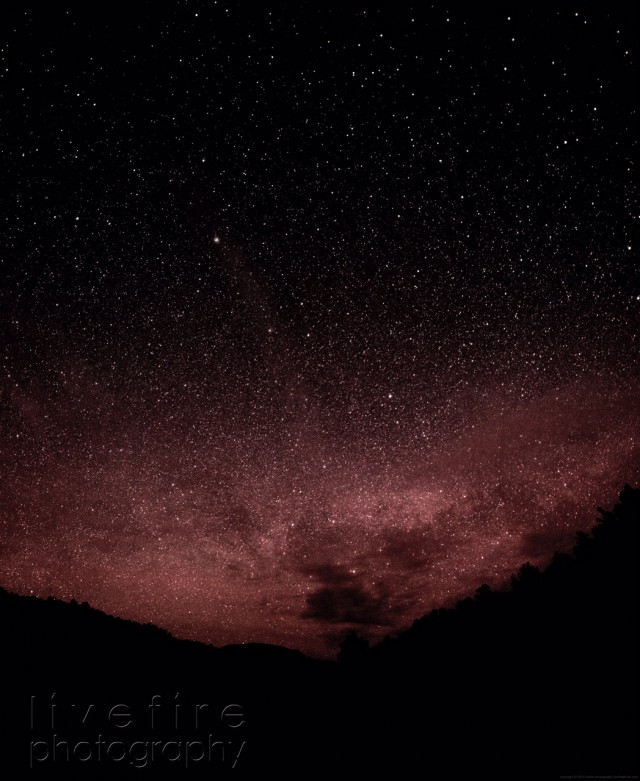 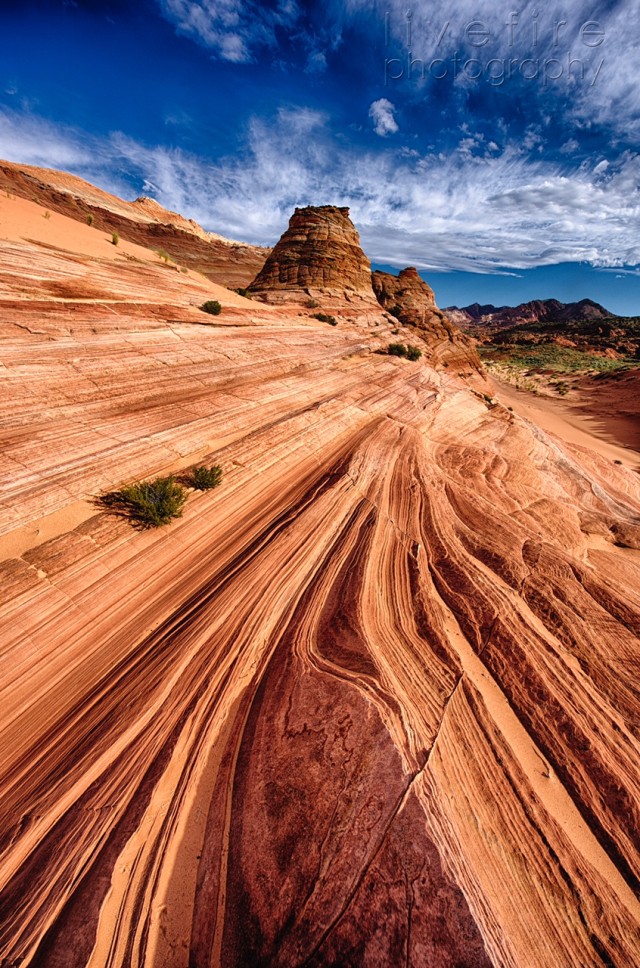 Enough of photos, though… It was a great trip, and, at the start I was in Dallas. My uncle had gotten an Anova sous vide immersion circulater. I don’t know if it’s truly sous vide or not, and I don’t really care, but, for my intents and purposes, it works great. We tried it out while I was there, and it worked really easily and really well on some elk steaks. It did so well that, when I got home, I jumped on a deal on Amazon that got the same unit for $99, $100 off! 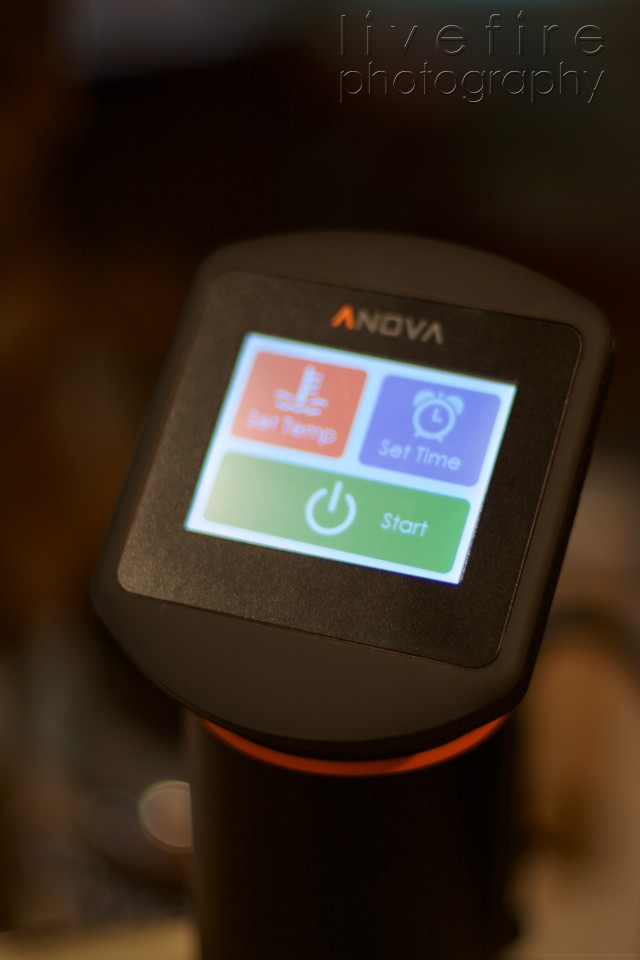 So now I have my own home-kitchen sous vide! I had to try it out, of course, and I thought beef would show it off well. I did a chuck blade steak the first time, and I learned a quick lesson: while the sous vide does a fantastic job of evenly cooking the steak, I didn’t sear it enough after, so the texture was a bit wonky. It was very good, but needed a bit more something on the crust. I also sous vide cooked some baby broccoli and oyster mushrooms, each with just a touch of butter and salt and pepper. 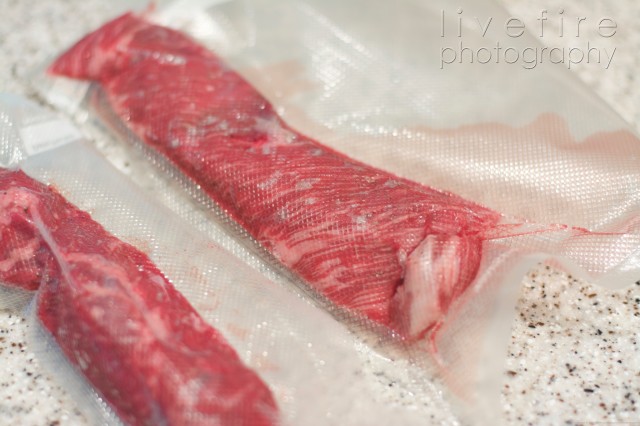 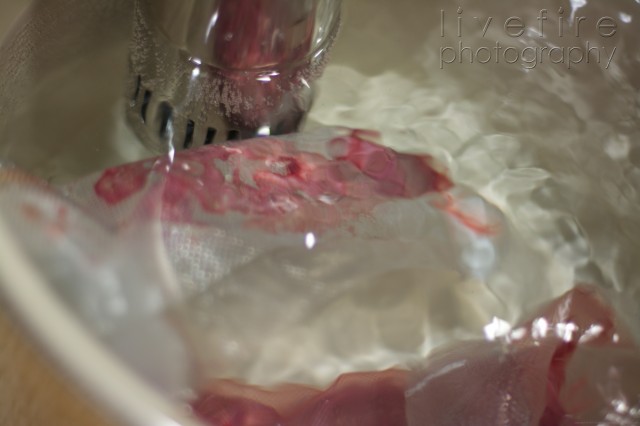 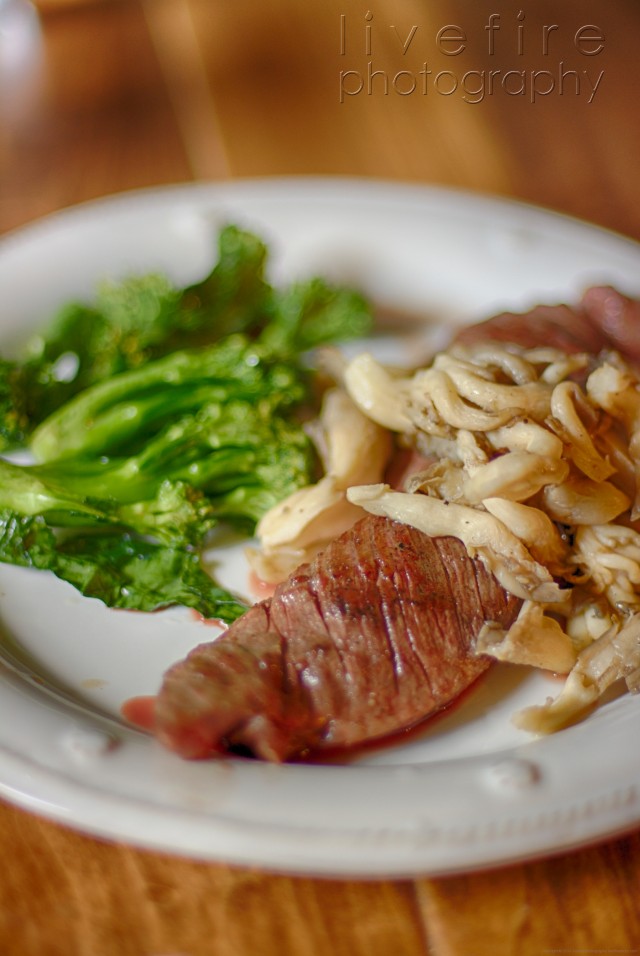 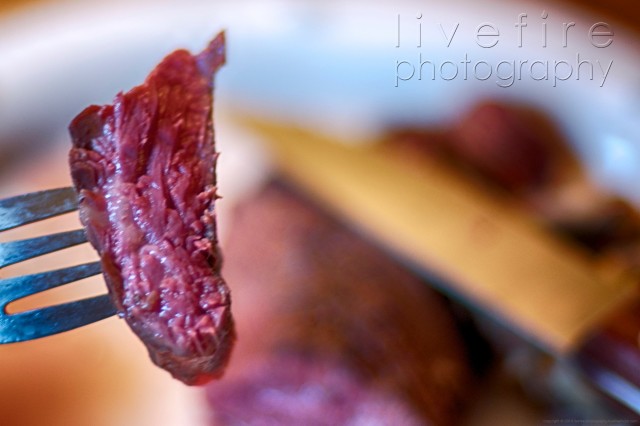 You can see it’s really evenly cooked across the steak. It took about 2 hours at 128F to get it ready, but I didn’t leave it on the grill long enough, for fear of overcooking.

So it was time to try some more stuff. I got a couple of items at Whole Foods (we finally have a great one in Dayton, OH, with a lot of variety compared to my favorite store, Dorothy Lane Market). I picked up a top round roast and a tritip steak. 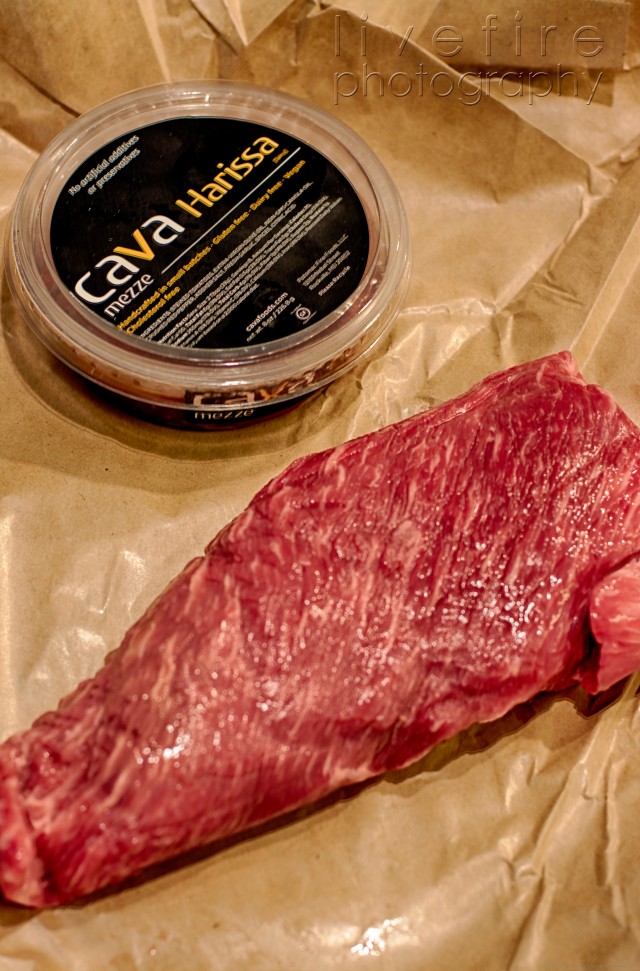 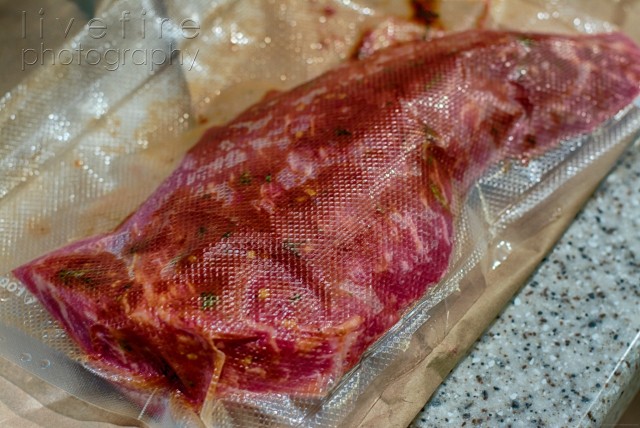 So how does this sous vide thing work? It’s actually pretty simple: the device does 2 basic things. It circulates water, and it heats and holds at a set temperature, very steadily and for long periods of time. By setting the temperature to the ultimate desired temp, the food won’t overcook, but will hold at that, somewhat indefinitely. This means that a steak, for instance, can be brought up to medium rare and won’t go past that, and it will be very evenly  done, if allowed to sit in the sous vide bath for an appropriate amount of time. The food is vacuum sealed, or at least in a zip-top bag, to keep it airtight (this isn’t boiling, it’s just creating an even liquid oven). Trust me; it’s easier than it sounds. 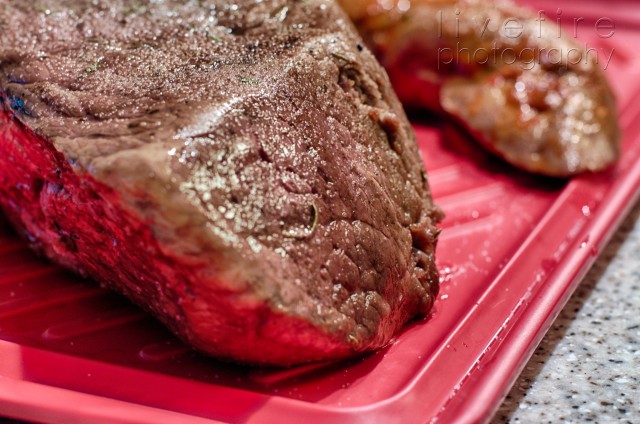 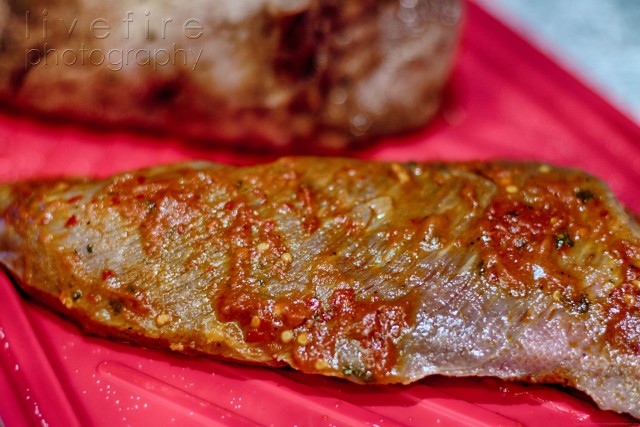 For the tritip and the roast, I wanted them both done about medium rare, so I set the sous vide for 125F. That’s a bit under medium rare, but I knew I was going to put these on the grill, so the temp would come up just a touch. The roast went in first, for about 3 hours, and the steak needed less than that, so I put it in for the last 2 of the 3 hours. I seasoned both before vacuum sealing, and added rosemary and salt and pepper to the roast, then added harissa to the steak. They got sealed up, then into the water bath when appropriate! 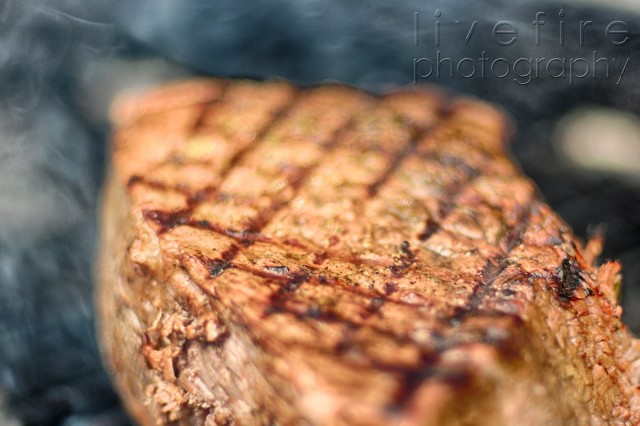 About 15 minutes before the water bath was done, I started up a chimney of charcoal briquettes. Out came the meat, on went the coals! I let the grill heat up for a couple of minutes while I took the meat out of the vacuum-seal bags, then put the steak and roast right on top of the hottest coals! This is a quick sear, not a slow cook, as I just wanted to sear the outside, not cook the beef more.  I seared the meats separately, just to watch them more closely. The roast went first, with about 60 seconds, with a 90 degree turn, then another 60 seconds per side. The tritip got the same treatment, since it worked so well on the top roast. 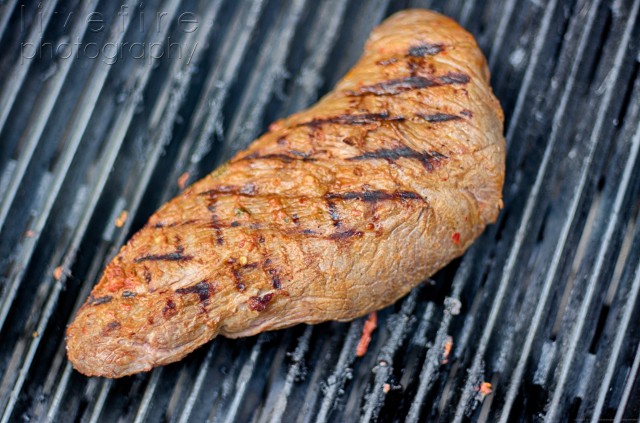 How did it turn out? All I can do is show you, but look how evenly cooked the meat is. The harissa was great on the tritip, and the roast had a great, fresh rosemary taste to it. I’ve got to try some other things, like egg yolks and carrots and asparagus and potatoes and fish and chicken and pork. 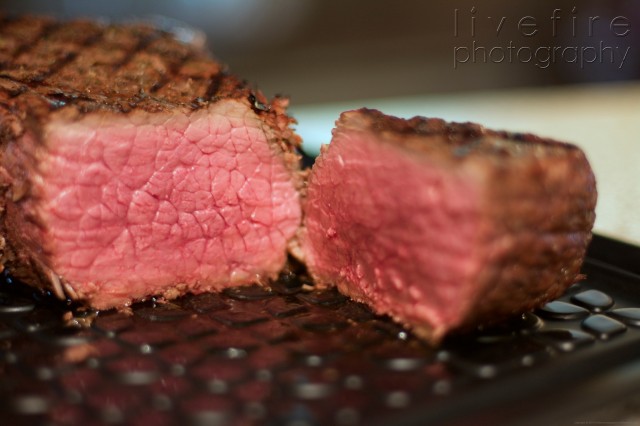 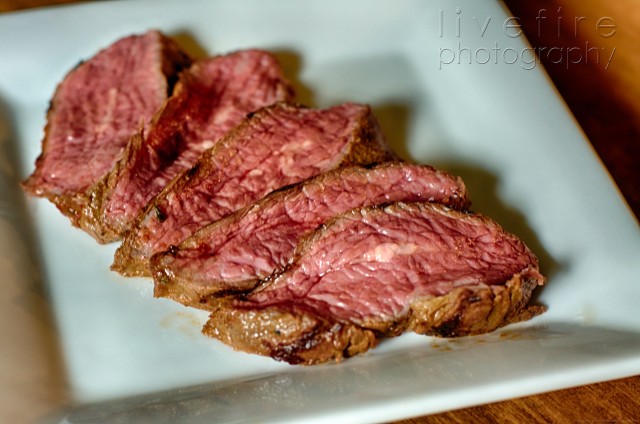 The month has also been pretty rough for us here. I’ve talked a bit about Uigie, our youngest pet. We lost him on the first of the month, to a horrible virus, FIP. He wasn’t with us long enough, and we miss him. He had a personality that filled up the house. He stayed with us as long as he could, and we thank God that, whatever time Uigie had, it was with us.