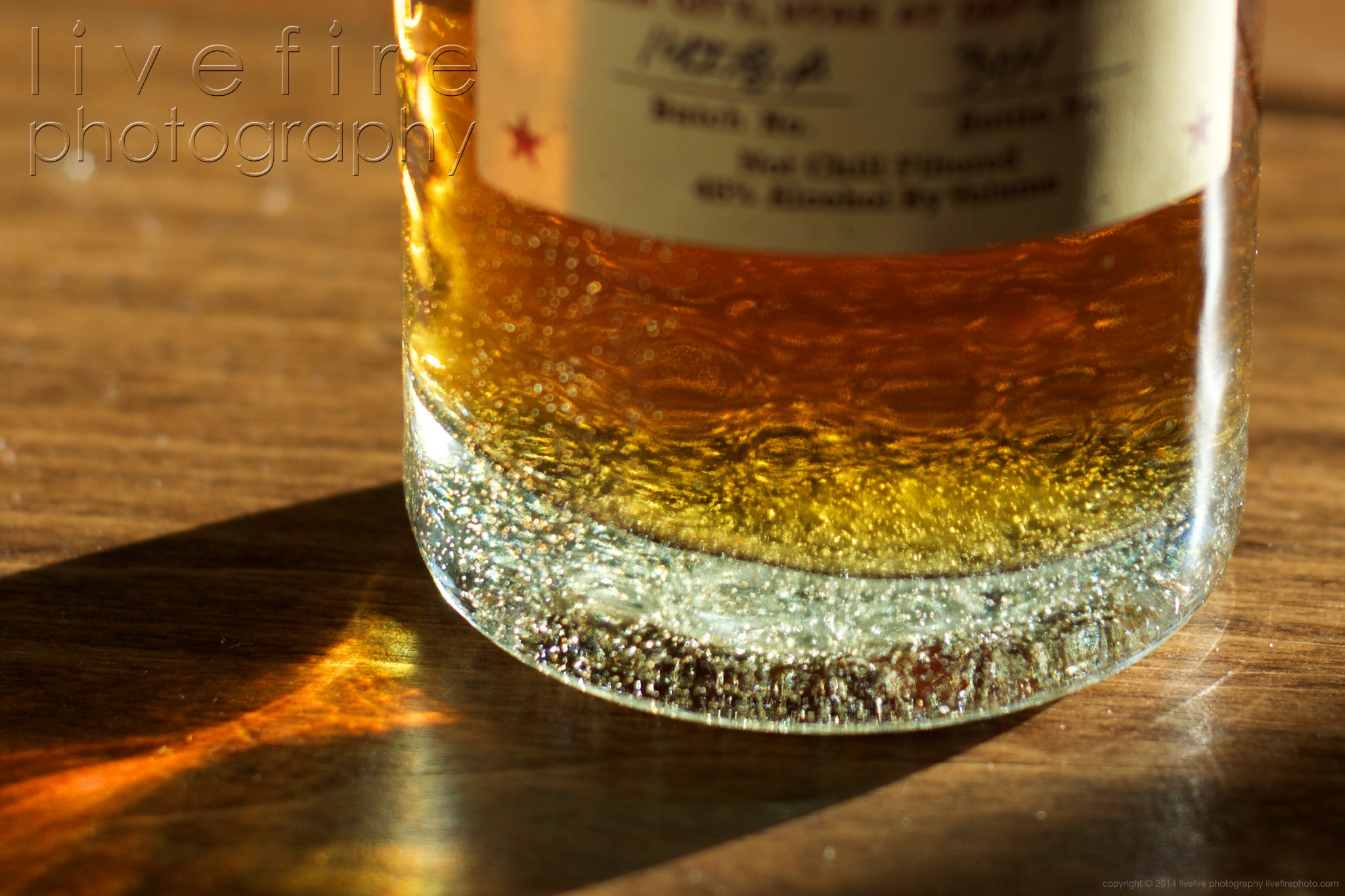 In my view of the whisk(e)y world, there’s a pretty general hierarchy of whisk(e)y types:

Before going nuts about my own personal list, there are certainly individual examples that cross lines (even jumping several levels up or down), this is just a general list that I’ve found works. I don’t prejudge, though, and I’m willing to try just about anything. I don’t list individual whiskies by preference so much; my mood can change that a lot. I do, however, have some whiskies I just don’t really like.

There’s a bit of a category that I don’t yet know how to add, as it seems really too varied for a general grouping: American whiskeys that aren’t strictly bourbon or rye. These are more whiskies done by distillers making single malt whiskies similar to Scotch, even importing peat to use for the process, or using similar methods but putting twists on the process. Or just doing something completely different.

I recently tried a couple of whiskies that fit into that latter category: High West Campfire whiskey and Balcones Brimstone. Both of these distilleries are known for doing stuff a bit differently than others. 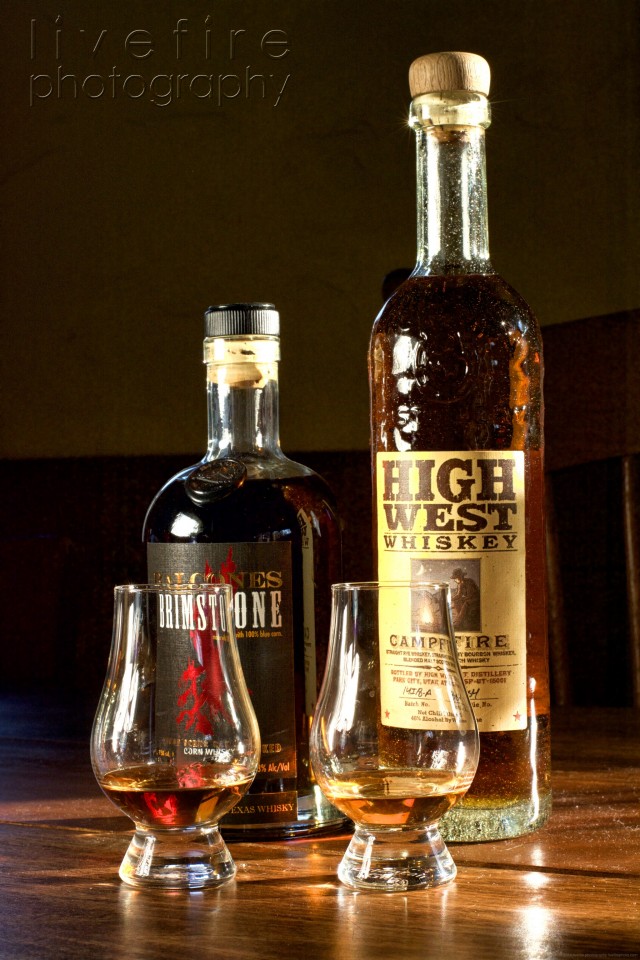 High West distills some of their own, but they also are not above blending/bottling whiskeys from other distillers. They’re the first distillery in Utah since the 1870s. They have some well-known rye whiskeys, and, a few years ago, put together something that they thought had potentially never been done before: they blended bourbon, rye and Scotch whiskies all into one bottle. They won’t say much about the proportions, and the Scotch is apparently a Speyside, so it’s not overly peaty, but it does bring some peat to the whiskey. 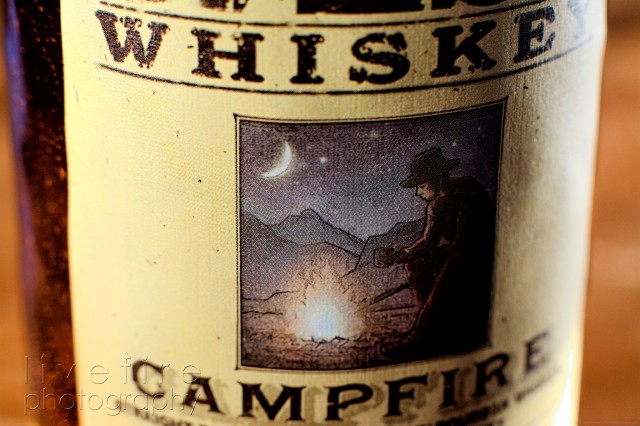 Chip Tate used to be the mad chemist/master distiller at Balcones Distilling. I may have it wrong, but the story I heard was he got investors with whom he got into a disagreement. He didn’t win, and he left. After trying a couple of his whiskeys, from Waco, TX, I’m really looking forward to whatever he does next. Tate & Co. is his new venture, and he’ll be building up the distillery for a couple years, until he can produce new whiskey again. It will be interesting to see what Balcones does in the meantime, without the creative brain that got everything started. They plan to expand, and my guess is they’ll just continue making the same whiskies; if they can maintain quality, they’ll be just fine, I’m sure. Chip Tate, however, will likely continue to push American whiskey into new areas. The first Balcones I had was a Texas single malt, kind of Tate’s flagship whiskey, which is very Scotch like, but with scrub oak instead of peat smoke. It ends up being a bit of an elegant American single malt, with just an edge of barbecue to it.. a really great single malt! It’s even won awards over Scotch and Irish whiskeys. 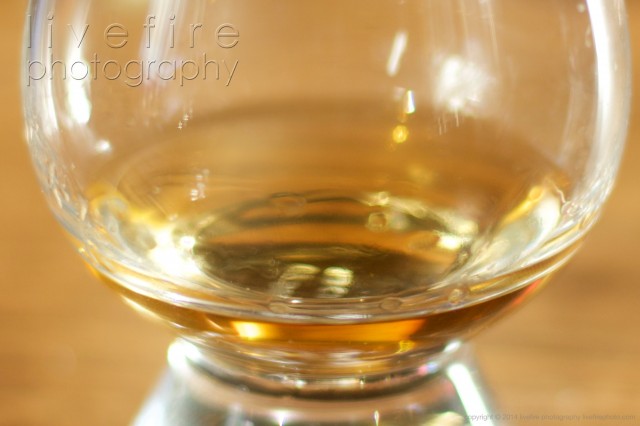 Brimstone is a really great take on corn whiskey. I’m guessing that the typical bourbon methods were tweaked, or this would be called bourbon, but whether it’s not aged in American oak, or whatever it is, or just that Tate didn’t want to be kept confined by the rules around bourbon production. I really want to try True Blue, but haven’t yet, but I wouldn’t be surprised if Brimstone shares a common core whiskey. What’s different with Brimstone, though, is, instead of smoking the grains prior to distillation, the whiskey itself is smoked with Texas scrub oak. I never thought Texas scrub oak was much of anything, but, after tasting this stuff, Tate found a perfect use for it! 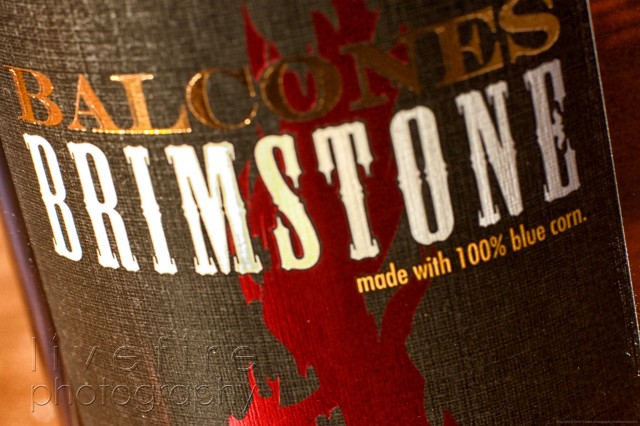 I was at the Party Source in Bellevue, KY, last weekend when I picked the two bottles up. They were roughly the same price ($55.99 for the Campfire, and $58.99 for the Brimstone), and neither have any age statement associated with them. The Brimstone comes in a standard squat whiskey bottle, while the Campfire is in a tall, thin bottle that has little air bubbles in it, probably part of marking High West as a ‘cowboy’ or ‘wild west’ kind of whiskey (all the High West whiskeys use the same bottle); however, the whiskey is anything but what I’d think cowboys would have been drinking. 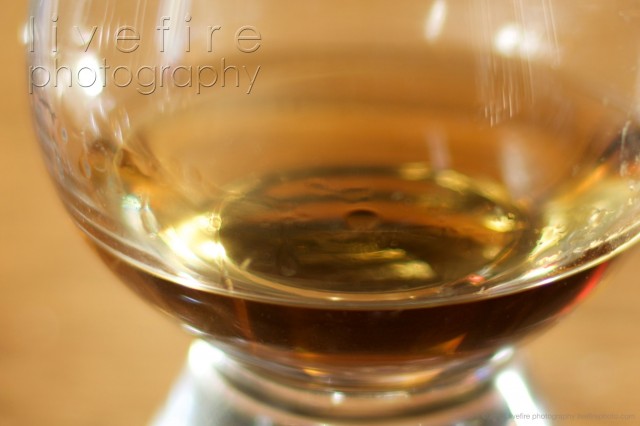 I tried the Campfire whiskey first. As a blend, it’s really interesting. You can almost pick apart the bourbon, rye and Scotch, but they also blend really well together. It’s got a bit of sugar/caramel, with rye spiciness, but the malt from the Scotch kind of works between the two, with just a hint of peat in the mix. 100% drinkable, 100% enjoyable. There’s just nothing wrong with this stuff, even though I was kind of looking for it. Is it the best whiskey I’ve ever had? No, but it’s one that I’ll reach for quite a bit. It’s not a heavy whisky, but more of a smooth sipper. I want to try making a whiskey cocktail (Old Fashioned minus the fruit) or a Manhattan with it, but I don’t know if that is more of a waste of good whiskey or an interesting take on a classic cocktail. I’ll have to experiment, I guess! 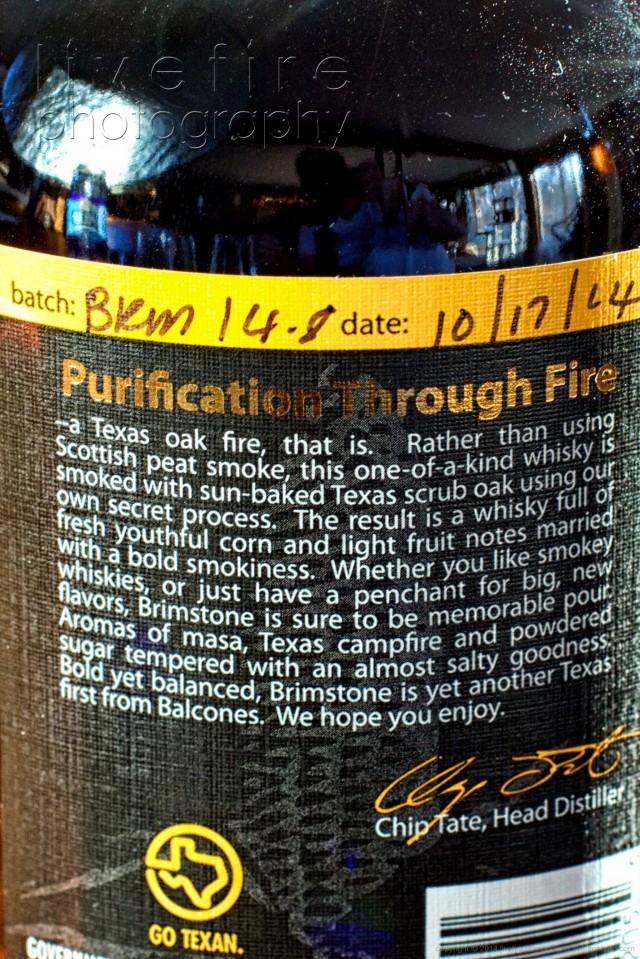 On to the Brimstone. Even in the bottle, it’s obviously one of the darkest whiskeys I’ve ever had. My guess is that’s all from the smoke; I’d actually be very surprised if Tate would add dark color to his whiskey. It’s also at cask strength, with an ABV of 53%, compared to the more typical 46% of the Campfire. Where Campfire’s blend softens all three styles of whiskeys, Brimstone is all blue corn whiskey, with all of Texas behind it, slammed with a kick from a cattle drive campfire. Where Campfire is a pastel countryside, Brimstone has saturation and contrast turned up to 11 (bonus points for knowing that reference). Brimstone is molasses and burnt sugar, married to tar, barbecue brisket and smoked bacon, with a super long finish. Not only is this whiskey really good (as is Campfire), but it’s just plain fun!

I think just about anyone that likes whiskey can enjoy High West Campfire, and, likely, about anything High West is putting out from what I’ve seen. Balcones Brimstone, on the other hand, is going to have people who don’t like it. I know some don’t like even a hint of smoke. For me, Brimstone is one of the must fun to drink whiskeys I’ve had. I put it up there with Ardbeg whiskies, even Supernova. Where Ardbeg Uigeadail brings to mind Scottish men wearing waxed cotton coats, carrying custom-made over/under shotguns, enjoying a dram from an heirloom flask, Brimstone is shared between a group of old-money ranchers, sitting around a campfire while out surveying the ranch or looking for oil on their properties. Where great bourbons are still bourbons, Brimstone takes sweet corn and adds Texas barbecue and smoke.