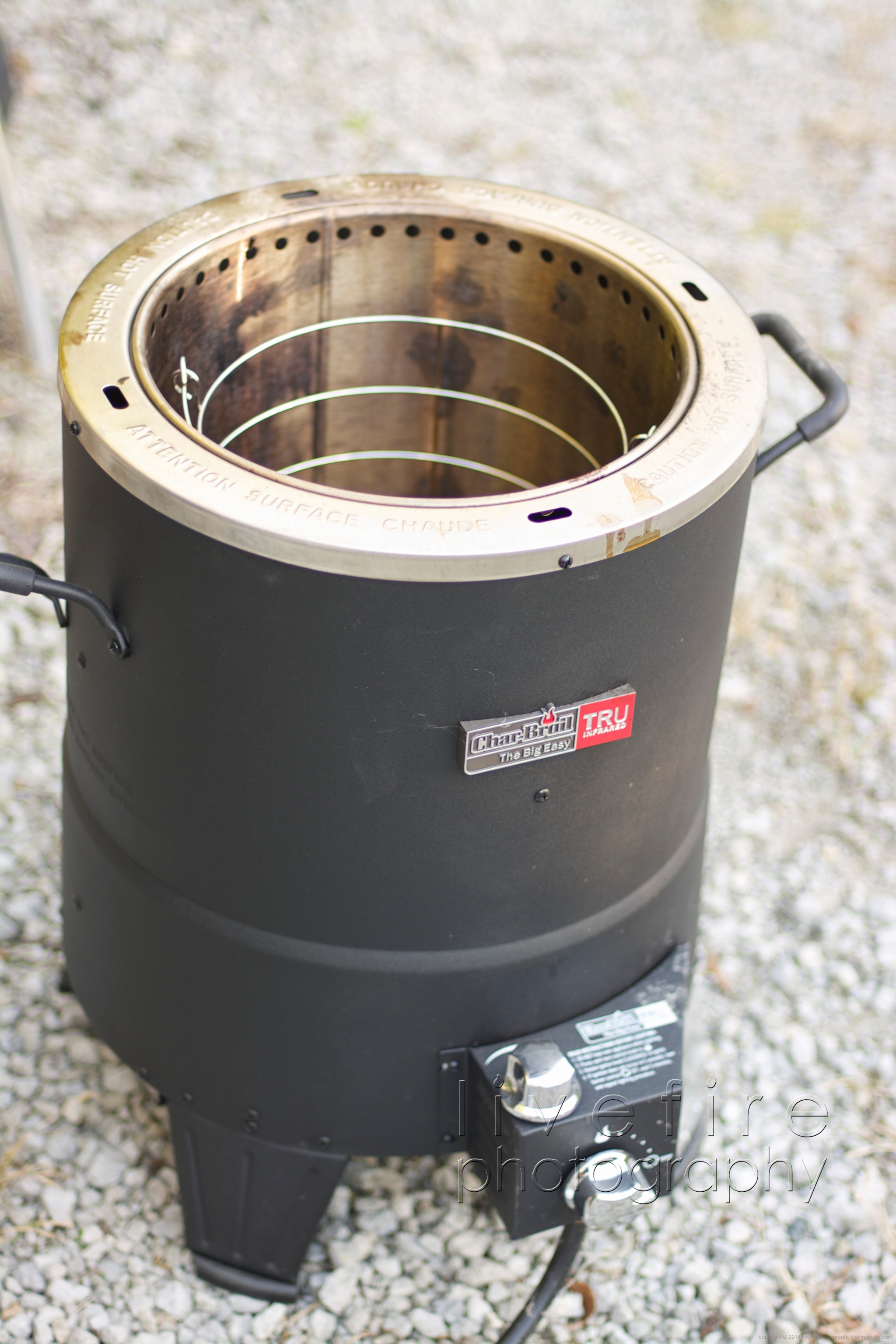 The question is… How?

I’ve cooked turkeys several ways. I’ve roasted them in the oven. I’ve grilled them after spatchcocking the. I’ve smoked them, and I’ve fried them. There are good things about every method. 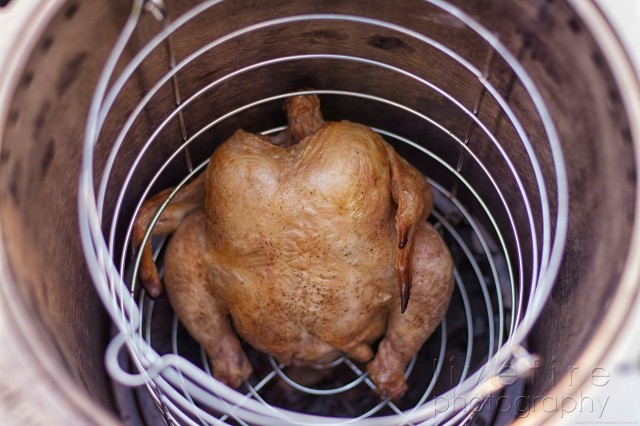 How about a mix of them? Smoking takes a long time (half an hour per pound). Frying burns down houses and pretty much ruins holiday seasons. Plus, it involves a bunch of expensive oil, and it’s easy to overheat the oil.  I’m pretty good with outdoor cooking devices, but 11 years ago, my dad almost burned our new house down by letting the oil get over the side of the pot… 12′ flame, but, fortunately, not under the deck! 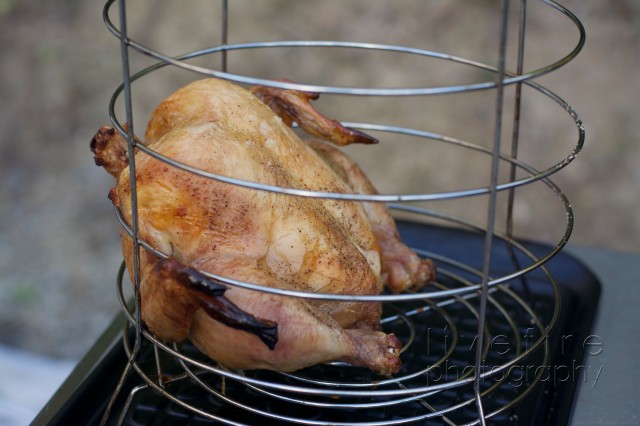 There is an alternative, and it’s a great one. I don’t say that because I got a Char-Broil Big Easy given to me (I did), but because it’s really that good. It combines several things I love about turkey: quick cooking using an infrared chamber that also produces crisp skin; juicy turkey thanks to the infrared advantage of not needing to move air past the meat and the ability to add some smoke flavor just by putting some wood chips in the bottom of the cooker. Oh, I forgot one… Using a drip pan, I can still catch the drippings to make fantastic gravy!

I don’t know a lot about how this works, but I do know a bit… The unit looks like a fryer; it’s basically an upright cylinder that hooks onto a propane tank. It’s fairly light, with an inner ‘sleeve’ that converts the propane heat to infrared. Infrared is great, as it heats without needing air movement. My first time using it, I was skeptical. It does take just a bit longer than using oil, but you don’t have all the time of heating up the oil, so it works out. It’s about 10 minutes per pound, and holds up to a 14 pound turkey. 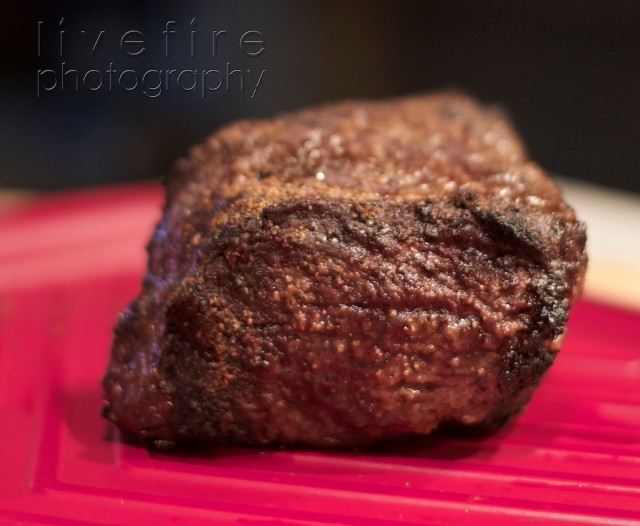 I was gearing up for Thanksgiving again, testing with a chicken. Chicken takes a bit longer than turkey, about 15 minutes a pound. Char-Broil offers a bunch of accessories for the Big-Easy, too, from drumstick older to 2-tier baskets, and, soon (I hope), a jerky maker, too. I’ve tried veggies, potatoes, beef, chicken, and everything has been very good. Adding some wood ships gets some smoke flavor, and the infrared gets skin crisp by adding just a bit of olive oil to birds. Beef gets a nice sear on the outside, and, unlike a fryer, rubs and spices stay on the surface of food. It’s a lot more versatile than my old fryer (which I got rid of after getting this). It’s high-tech in how the heat works, but low-tech in operation. It’s a simple propane heat source that’s started with a dial that creates a spark… no batteries, no fancy stuff to malfunction. It works over and over again. 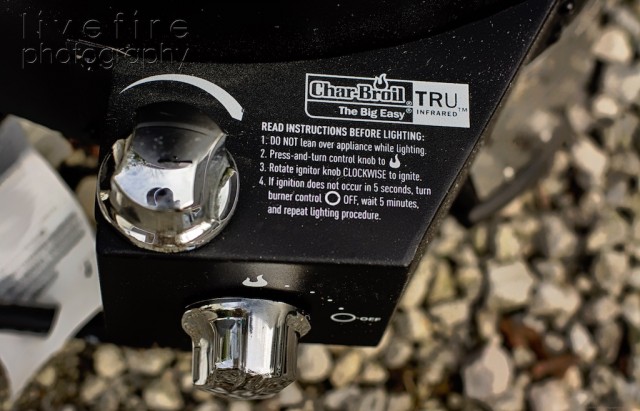 So this sounds like a Big Easy commercial. It’s really not. I just like this thing that much. It’s soooo easy to use, and it makes great food. And it’s just so much safer to use than an oil fryer. My wife loves that part! Me? a 12′ flame that’s safely away from everything can be kind of fun… But the explosion of the propane tank, not so much.

Will this replace my grills and smokers? No, but it has a spot in my outdoor kitchen because of the quality of the food overall, but the ease of use sure helps. I can put a turkey in it and not even look at it until I think it’s done… and it’s typically just about right on time.

Leave a Reply to Jane, The Heritage Cook Cancel reply