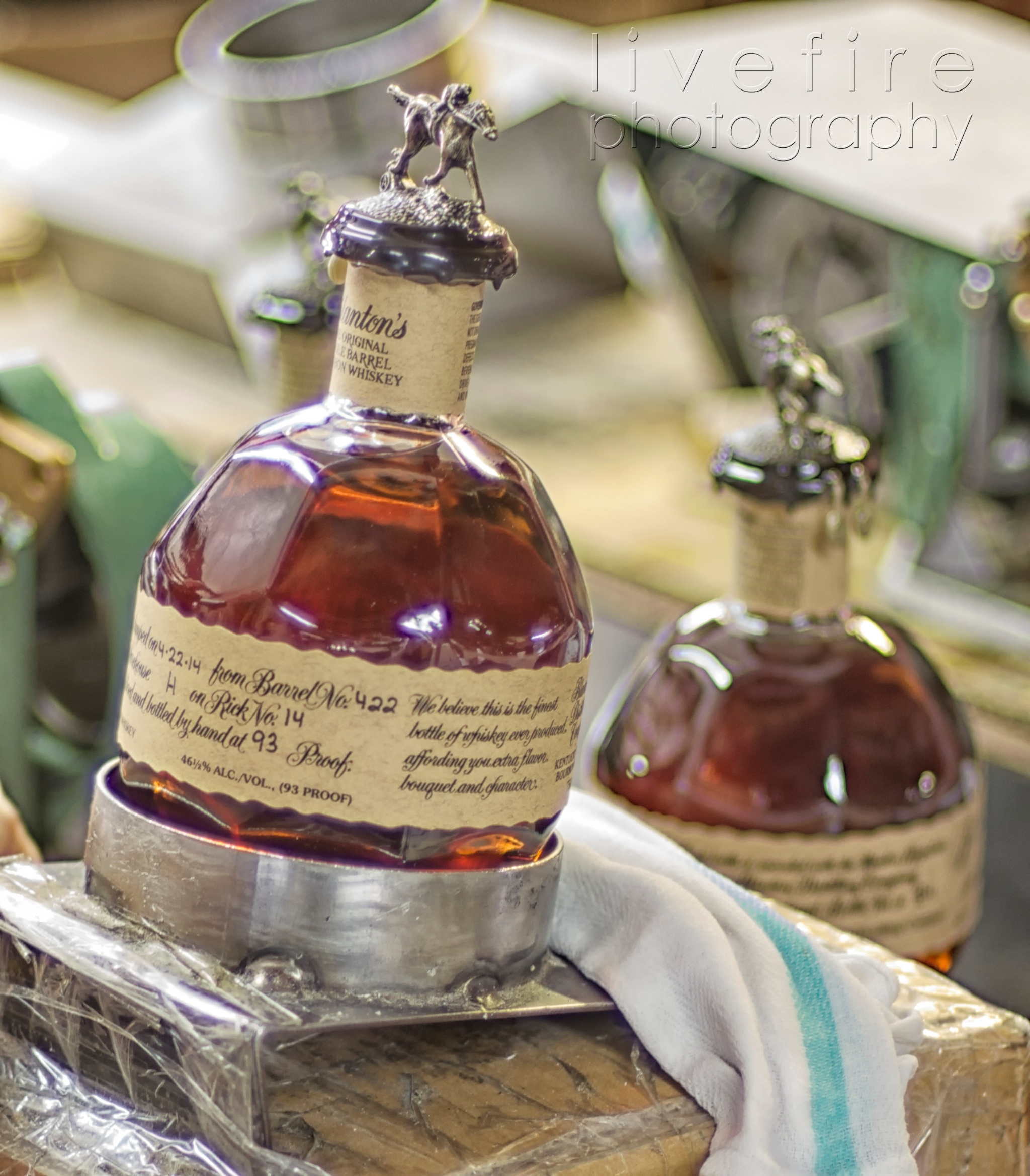 I want to be clear that I still believe that Scotch whisky is the greatest things on the planet. However, Scotland is far away, and bourbon isn’t! At the same time, there’s some pretty good bourbon, too. While Scotch has a really wide band of possible flavors, the corn requirement in bourbon means that the band of flavor potential is narrower than that for Scotch. I would like to try some peat-influenced bourbon sometime, though!

Being in southwestern Ohio means I’m just an hour or so from the closest bourbon distilleries in Kentucky. There are some in Ohio, too, and a rye whiskey distillery on a farm that has a barn that, back in high school, we were all told was haunted. Now it’s a gorgeous couple of barns and one of the most picturesque farms around. There are also thoroughbreds in Ohio, but both bourbon and thoroughbreds seem to be more fitting in Kentucky, and Buffalo Trace has to be considered one of the iconic distilleries, being over 200 years old and even staying open during Prohibition. The history of the distillery includes some well-known names, due to the propensity of the distillery to name bourbons after past owners. 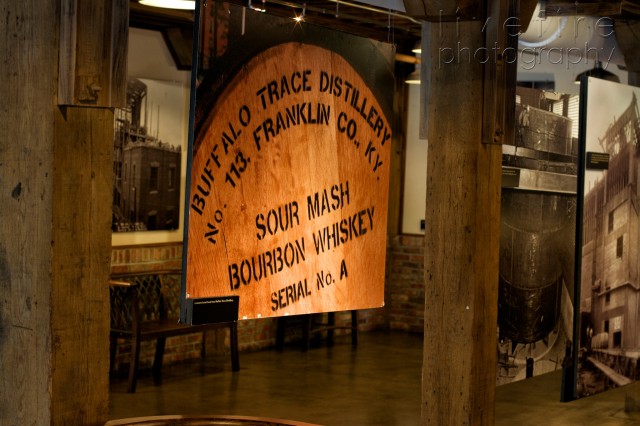 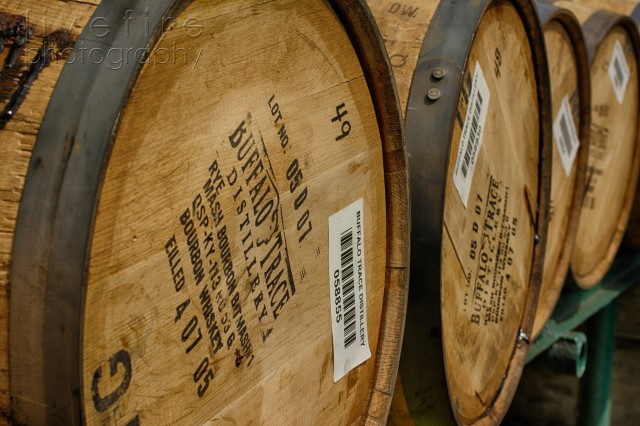 Brands made at Buffalo Trace include George T. Stagg, Elmer T. Lee (a must-try, with potentially only one batch left to be produced), Col. E. H. Taylor, Sazerac rye, Blanton’s (the first single barrel bourbon to be bottled and sold),  W. L. Weller, the cult-followed Van Winkle line, and Jefferson whiskies (Jefferson Presidential 18-year-old is the best bourbon I’ve had… even better than Pappy). They also do experimental whiskies and are doing a project called the Single Oak Project, where consumers are asked to give feedback on different combinations of distilling recipes (oak, mash mixes, etc.).

The distillery grounds are really nice, with rickhouses all over, with different building materials and levels, and the tour guide talks about the effects of this on the aging of bourbon. The bottling location seems tiny for all the whiskey that goes through the site, and it’s largely done by hand. The tour gets to walk right by the tables where whiskies are bottled and labeled, so you really get a sense of the process. There’s even a decent barbecue joint on the site, so you can stop and have lunch before or after your tour.

The tour itself starts in the gift-shop/tasting room area. The group walks outside and down the main road through the distillery grounds. At the end is the world’s smallest rickhouse, holding exactly one barrel to age it, and it’s exposed pretty much to the elements but protected with iron grates. Each time another 1 million bottles is sold or bottled or something like that, the barrel is used, and a new barrel takes its place. Kind of a cool tradition, I think, though, with the swell in demand for bourbon, there may need to be more time spent in the barrel!

As with other tours I’ve taken, there’s a movie about the distillery and bourbon in general, and then more walking. Buffalo Trace offers several different tours, and I want to get back to take some of the more in-depth tours to see more of the inner workings of the distillation process, too. 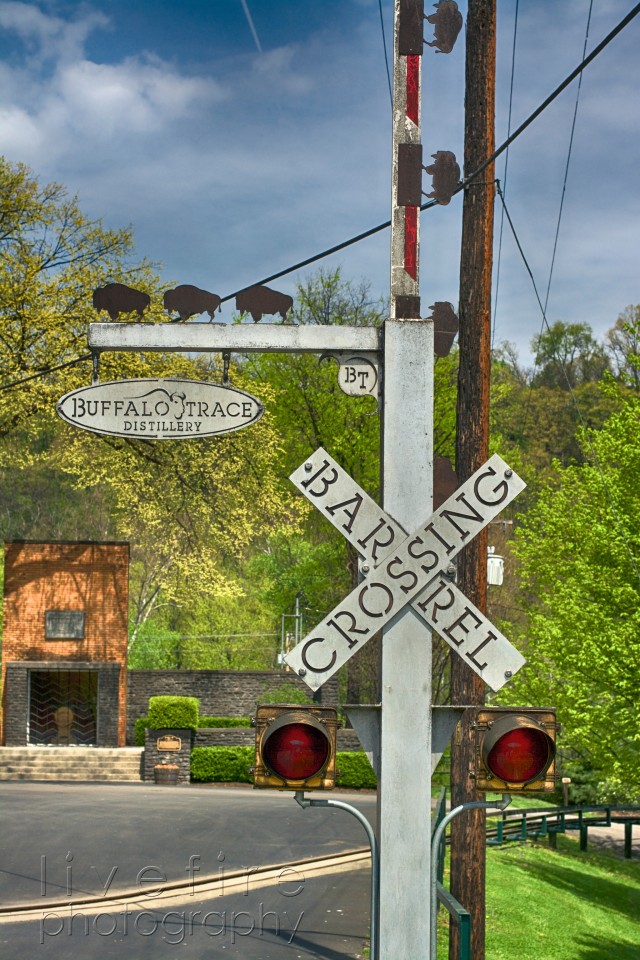 The tour ends in the tasting room, a very well designed room with old photos and a great copper-topped bar. We got to try white dog (I skipped… this is never a good thing to try, even though some British young men had to try it), Buffalo Trace bourbon, which is actually quite good, and Bourbon Cream, which is sweeter than Irish Cream. They even had us try the Bourbon Cream with some root beer that’s made by Buffalo Trace, too, and it was like an adult version of a root beer float; it was good enough we bought a bottle. 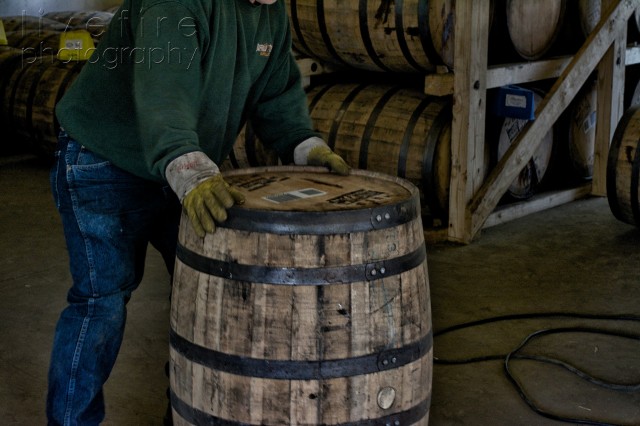 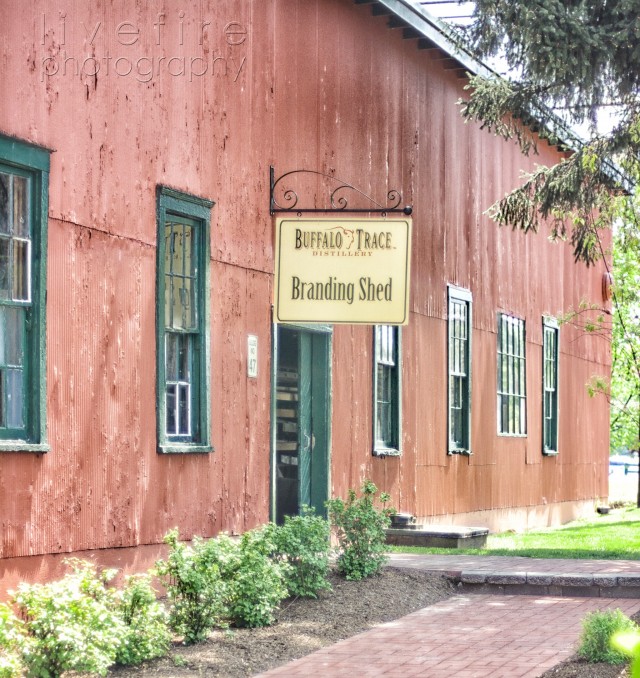 From what I could tell, there are only 2-3 mashbills (mixes of distilled grains in the barrels), but different buildings in which they’re aged and different levels in the rickhouses, resulting in great variance in daily temperatures for aging. From that, there are something like 17 brands made, as well as the experimental whiskeys. It’s surprising that there is as much variety as there is in Buffalo Trace offerings. If you haven’t tried George T. Stagg or Col. E. H. Taylor barrel strength bourbons, find them and see what you’ve been missing! Elmer T. Lee may not be around beyond one more batch, so watch for that; for a $30 bourbon, it’s unbeatable! 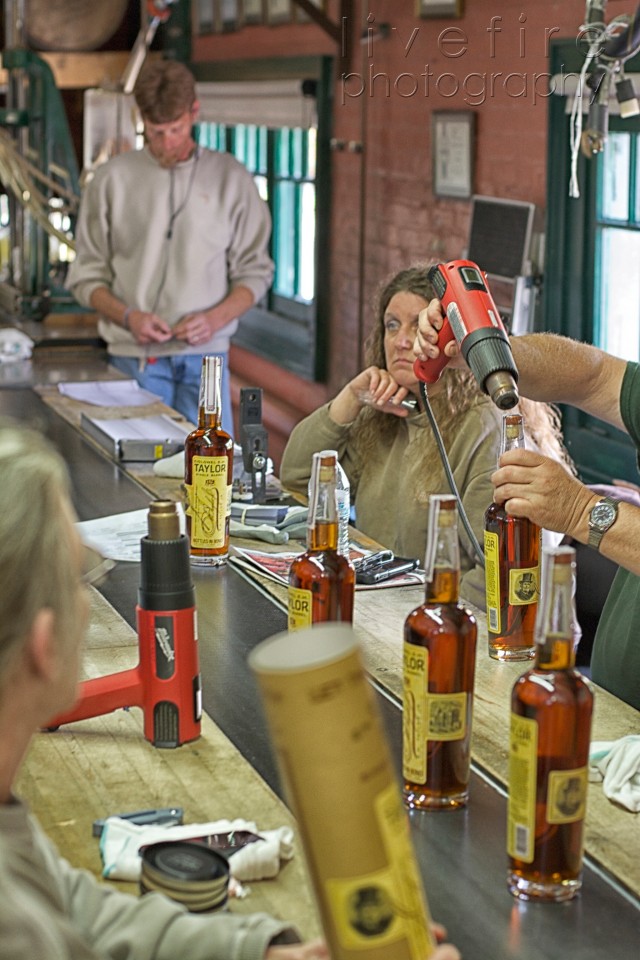 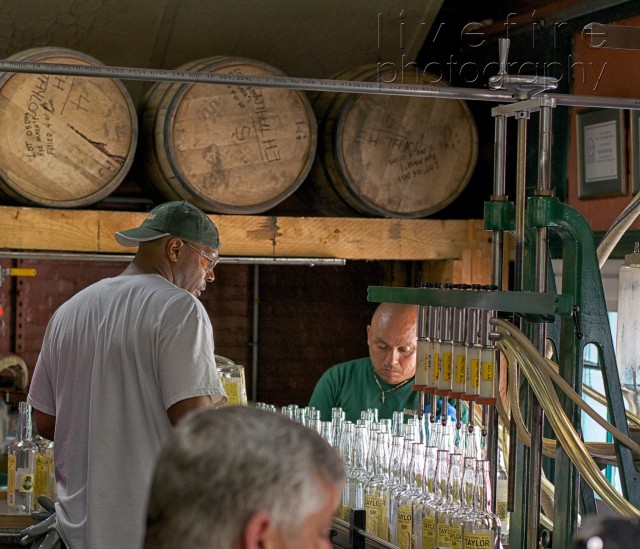 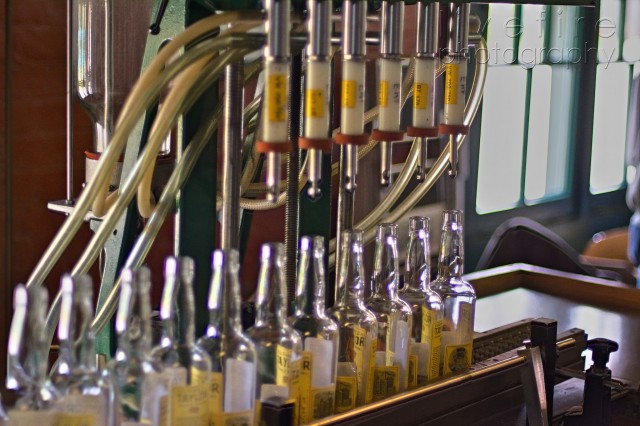 The basic tour is well-done, and I’m sure the more extensive tours only get better. The whiskeys are among the best, of not the best (opinion varies, of course). and it’s only 2 hours from my house! it’s definitely worth a try, especially during Keeneland’s spring or fall meets, as it’s not far from Lexington.  Just a word of caution, though… Before buying a bottle or two at the distillery, make sure you know the price of it at a retail store. Sometimes the price is the same (Woodford Reserve seems to be about the same), but it’s often up to 50% more at the distillery. If you just want a souvenir that you know you got at the distillery, or if that bottling is only available that way, or, like what I’ll be seeing at Marker’s Mark in October, you get to dip your own bottles with your name on the label, then go for it! 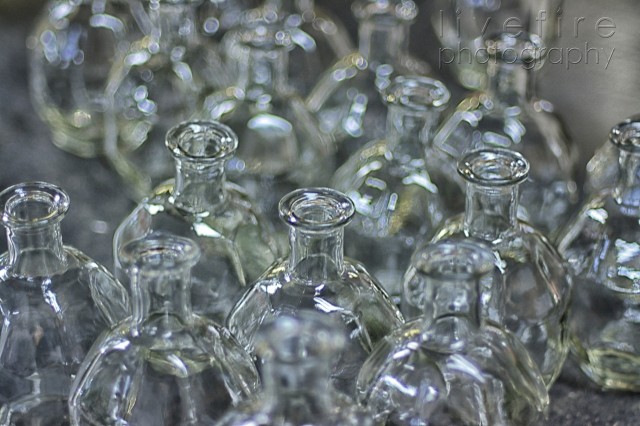 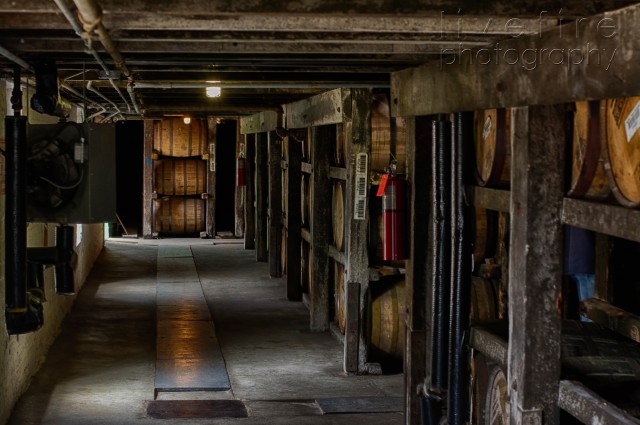 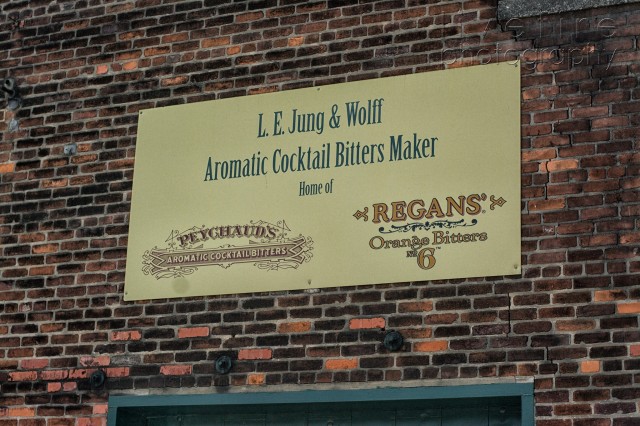 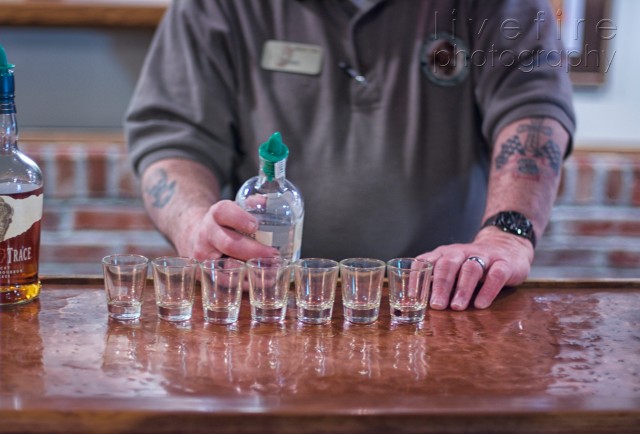