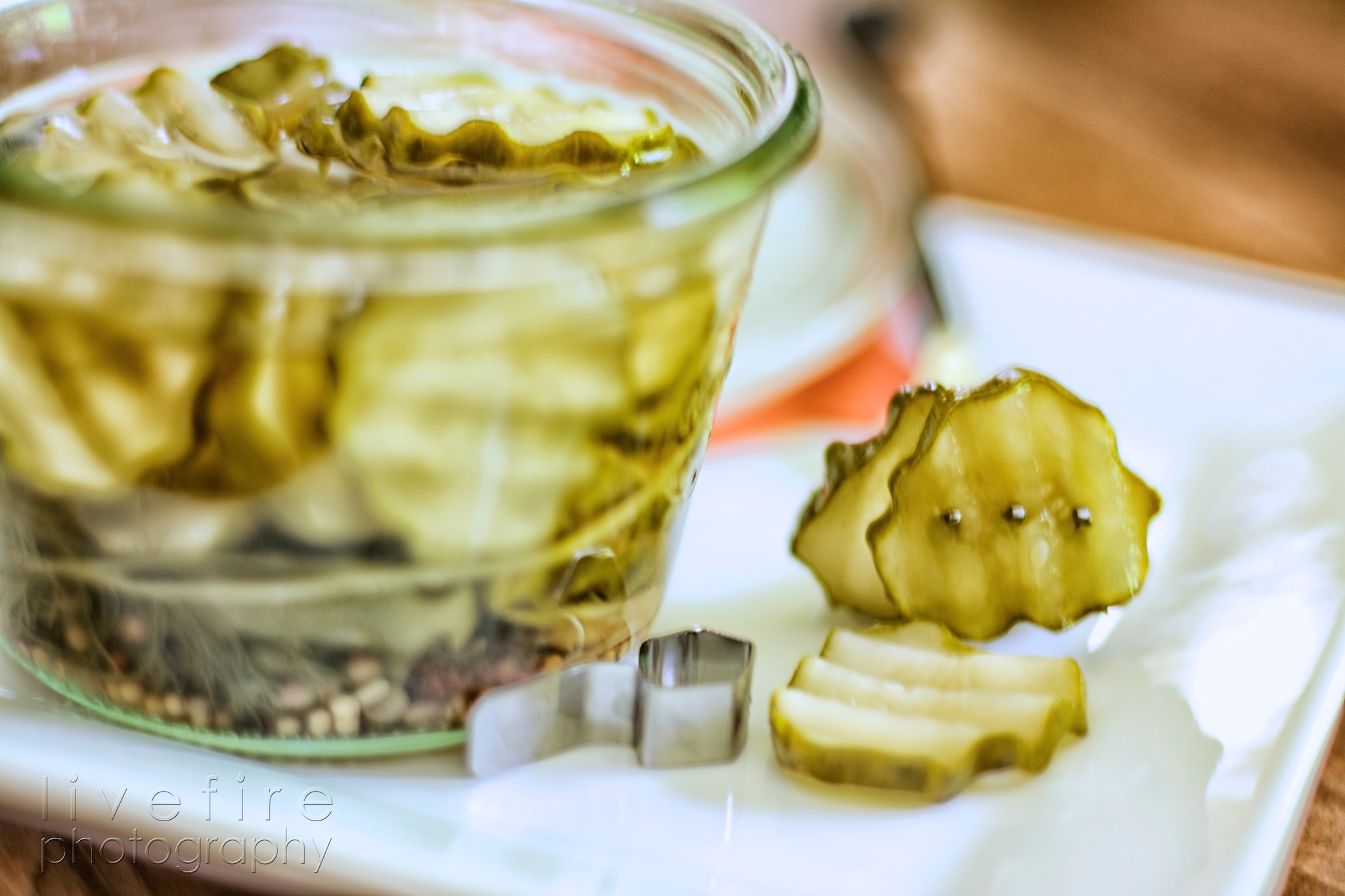 It’s been a week since I made pickles for the first time, and time to try them out!

We opened up some of the plain dill pickles to try. They’re good, and vinegary. A bit sharp, but they should mellow over time. For plain dill pickles, I think I would add a bit more spices to it to add something to the vinegar, or use a bit more apple cider vinegar. Definitely good, though. The other jar I opened had the old-fashioned in it, meaning rye whiskey with a couple dashes of bitters, along with a bit of Maguey Sweet Sap. It’s really a whiskey cocktail, as an old-fashioned would have some citrus with it, and maybe a cherry.

Oh, by the way, the Weck jars seal really well, and the rubber gasket takes some work so open up. The key is making sure it’s on the jar right. So the verdict on the old-fashioned pickles? They’re very, very good, bordering on great! Now I need to make a burger to try them on, and I can’t wait to open up some bourbon pickles!