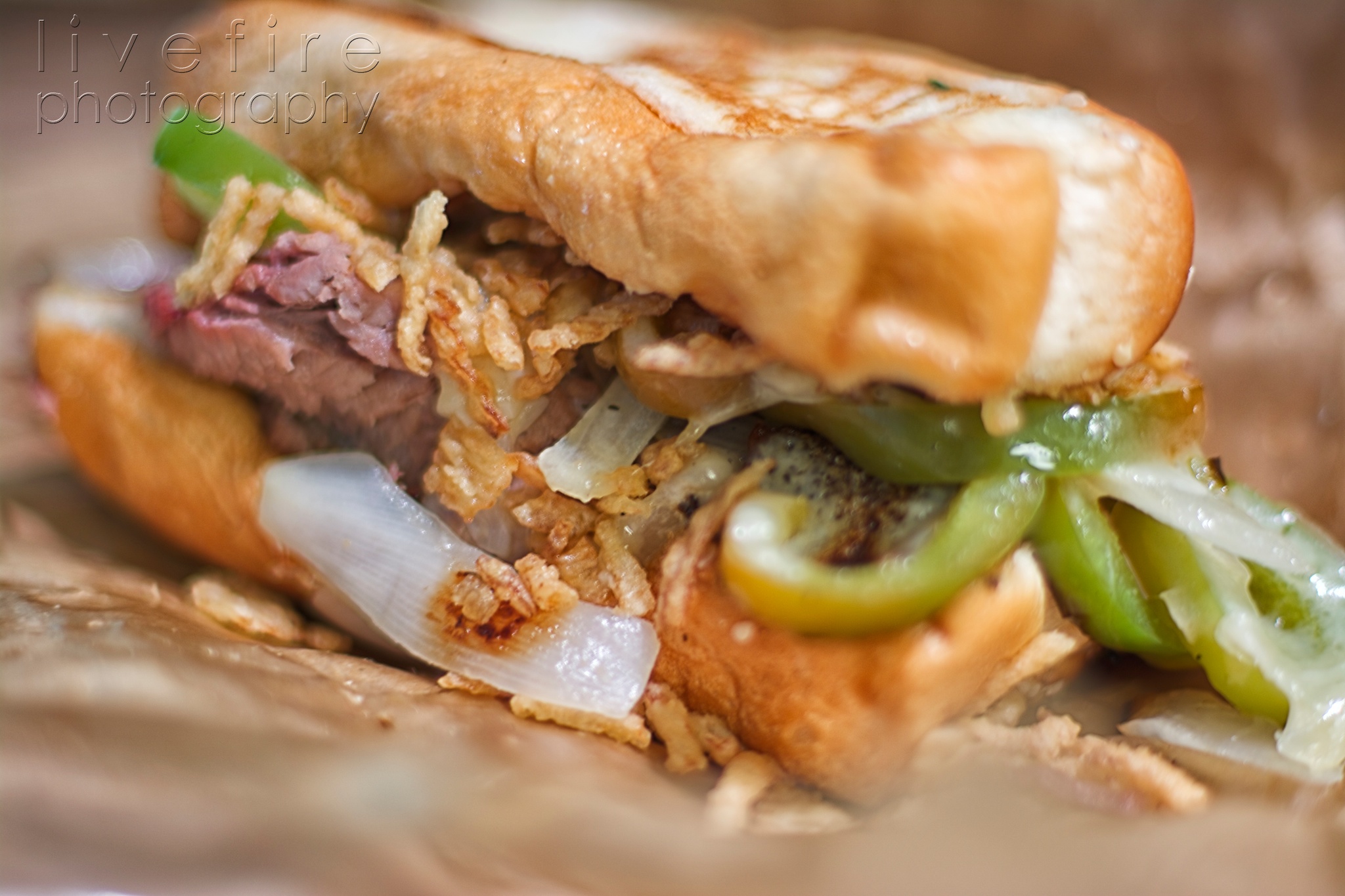 The sandwich, whether pulled pork or brisket or rib-ends or pulled chicken, is at the heart of the barbecue world. Chicken and ribs don’t need bread, but it’s often served with it anyway. Traditionally, it’s been the same thing for years, though a great way to have bbq: a bun or bread, stuffed with meat and topped with bbq sauce.

There’s a Columbus, Ohio, based chain called City BBQ. Their claim to fame is that the founders won the brisket category years ago at the American Royal. And, even though it’s in Ohio, they do really good bbq. Now they’ve added a twist.

It’s called More Cowbell, an obvious homage to Will Ferrell/SNL. It’s not a let’s-be-stupid-and-pile-everything-on-a-bun sandwich. It’s smart, and it’s a bit different, and it’s delicious!

Instead of a bun, it’s on Texas toast. You can add bbq sauce, but it comes with horseradish sauce, which I’ve always liked with brisket. The meat can be whatever you want, but it’s listed as brisket, which is a great choice, but it’s topped with grilled onions and peppers and provolone cheese. They even include those crunchy onions that we’ve all had on top of green bean casserole! Maybe this isn’t much of a review, but I gotta say I like it!

If you’re near a City BBQ, try More Cowbell. If you’re not, think about making one for yourself!