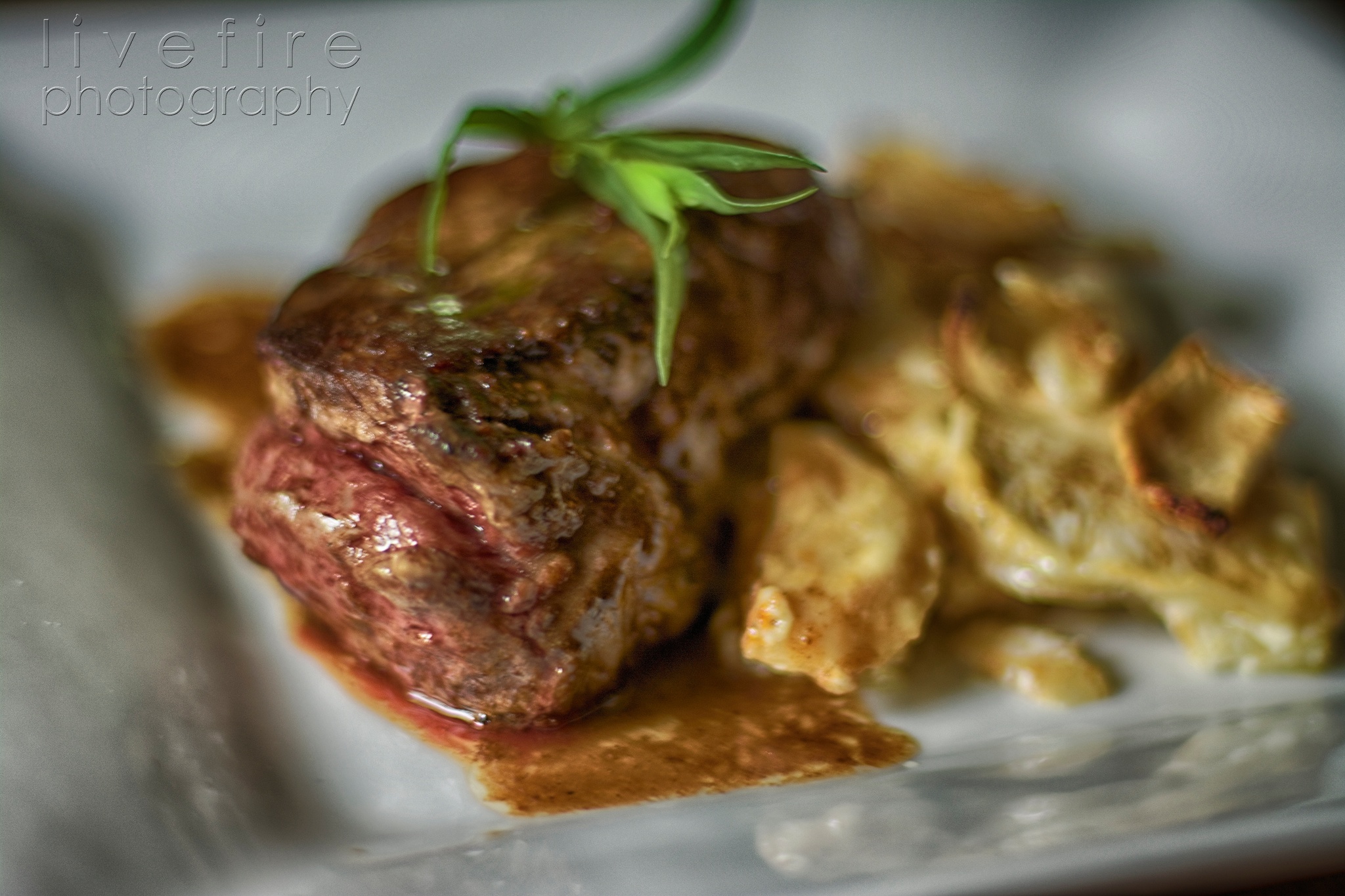 This one was actually quite easy and very, very tasty! I’m not typically a great fan of tenderloin, but it works well with sauces, as the lack of fat almost wants a bit of sauce. The original recipe is on Food & Wine, and I didn’t change it too much this time. The main difference I made was to cook it all on the grill instead of the stove and oven.

The ingredients are pretty simple: tenderloin steaks, celery root, a bit of beef ‘Better Than Bouillon”, butter, olive oil, cream, salt and pepper, and just a touch of nutmeg. That’s for everything, steaks, sauce and side dish.

To start, I took 4 small celery roots, peeled them and cut them into 1/8″ slices. In an enameled cast iron dish, I layered the celery root, with a bit of sea salt and black pepper, along with just a pinch of freshly ground nutmeg, until all the celery root was layered. The recipe calls for 4 layers, but I think I had 5. Then cream is poured over the whole thing, about half a cup, and 1 tablespoon of butter, in pieces on top. I covered it with foil and placed on a preheated grill. The outside burners were on about medium heat, getting the temp up to about 375-400F. After 25 minutes, I took the foil off and let the gratin cook for another 25 minutes, until it was fork tender. Using the cast iron means that the dish stayed hot nicely, but I did place it in the oven at 170F just to make sure it stayed warm. 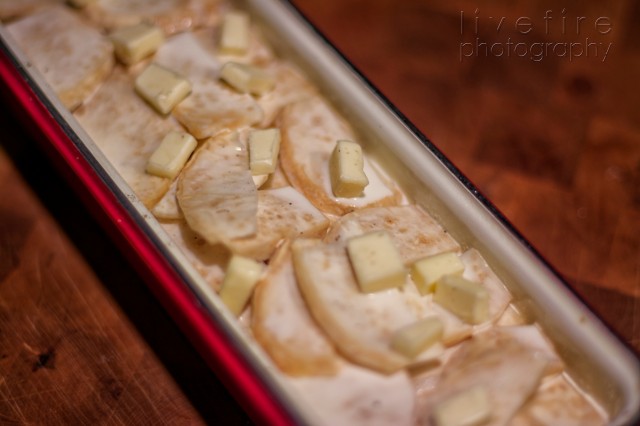 Halfway into the gratin, I took the filets out (I only did two, but the recipe calls for four), seasoned with sea salt and black pepper, and let them wait for their time on the grill. I put a grill/stove safe dish on the side burner of the grill. Once it was up to a medium-hot heat, I put in 1 tablespoon each of olive oil and butter. Once this was sizzling a bit, the steaks went in to get a bit of crust on them, about 1 minute per side, then the steaks went onto the grill over medium heat for about 3 minutes a side, until the internal temp of about 120F. 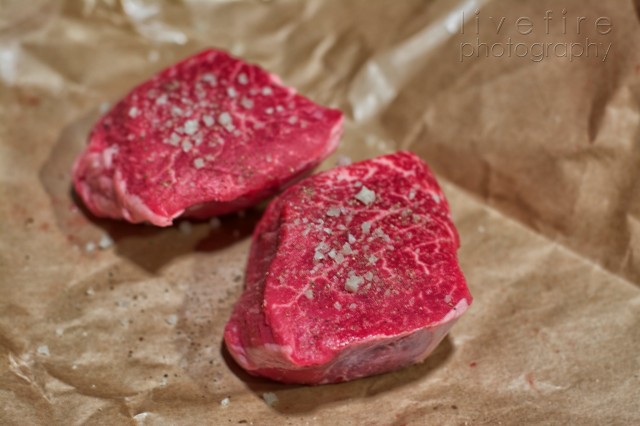 While the steaks grilled away, I put 1/2 teaspoon of Better Than Bouillon and 1/4 cup of water and 2 more tablespoons of butter. This was left over low heat to simmer and reduce while the steaks finished. Once the steaks were done, they got a short dip on the sauce, just placing them in the dish to carry into the house. The gratin was plated, with the steaks along side, then a bit more sauce drizzled over the steaks.

The celery root makes a really interesting, and tasty, change of pace from potatoes, with a light flavor. Don’t overdo the nutmeg, as it will really stand out if it’s too much! 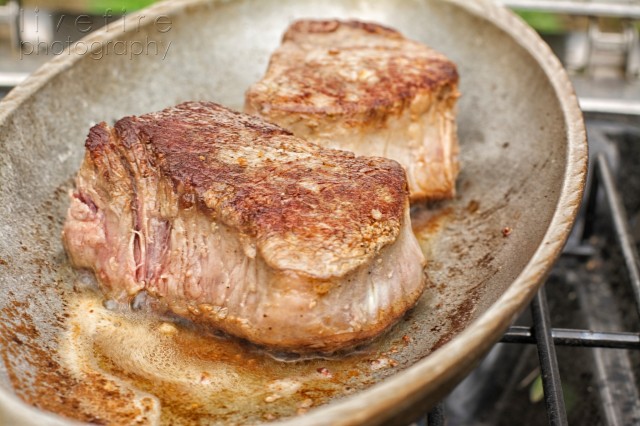 Steak 2 was a success, and, though I don’t usually do sauces with a good grilled steak, this worked out great!

I’m not saying which steak recipe will be next, but I will say that the steak will be… drum roll, please… a thick Porterhouse! 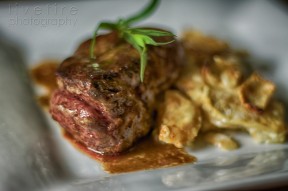