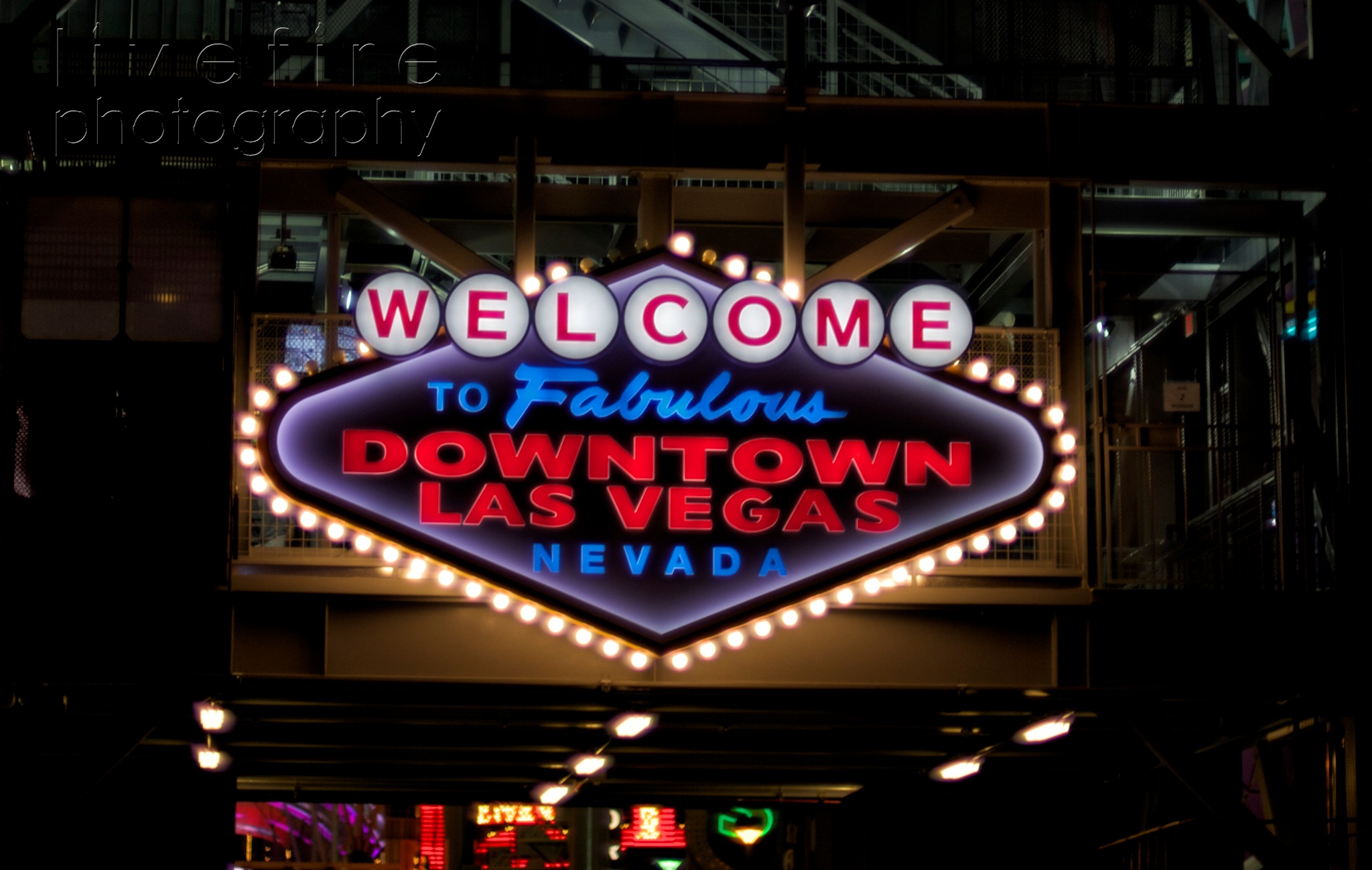 Posted by: Curt McAdams 31 May ’14 in General, Grilling, Travel Leave a comment

Its not been a quiet month in Ohio. (That’s my bow to one of my favorite radio segments, News From Lake Wobegon, for those that didn’t get it). And I’ve got LOTS of photos to share from the month!

May came in strong with a trip to Las Vegas! This year’s annual Char-Broil All-Stars met for the annual get-together in Vegas, far away from the Southeast where we’d met up before.  Trust me, there’s a big difference between Atlantic Beach and Vegas! 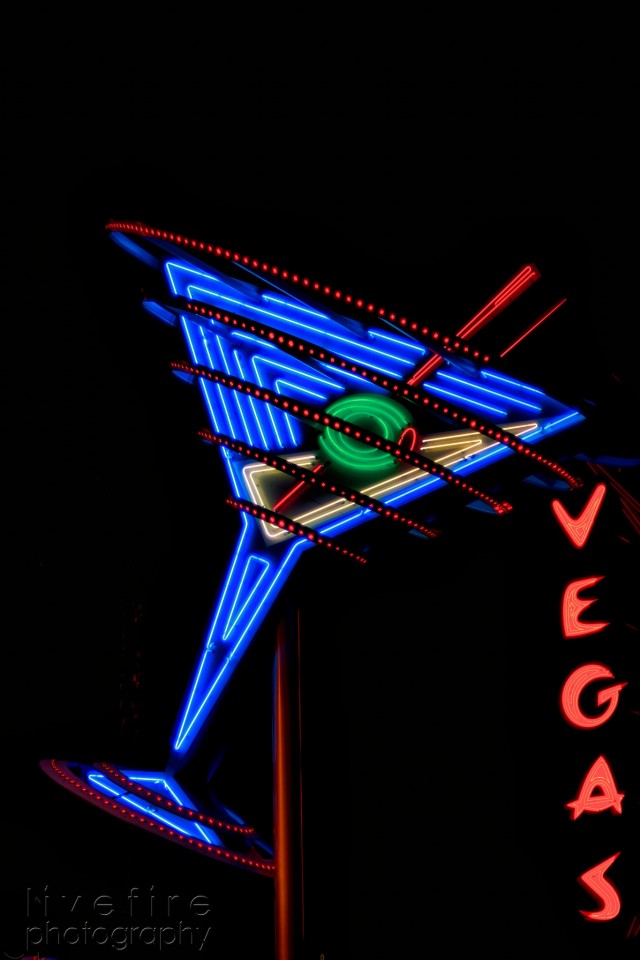 I don’t care where it is, though; when I have the chance to get together with the other All-Stars, I take it! This year’s trip was in conjunction with the National Hardware  Show at the Vegas convention center. We spent the first night together, on Cinco de Mayo, having dinner at a great Mexican restaurant, La Comida. The food was great, the mariachi band was excellent, and the company was some of my favorite people! 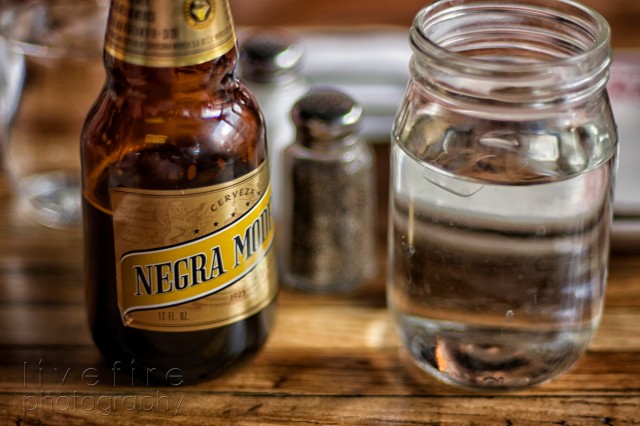 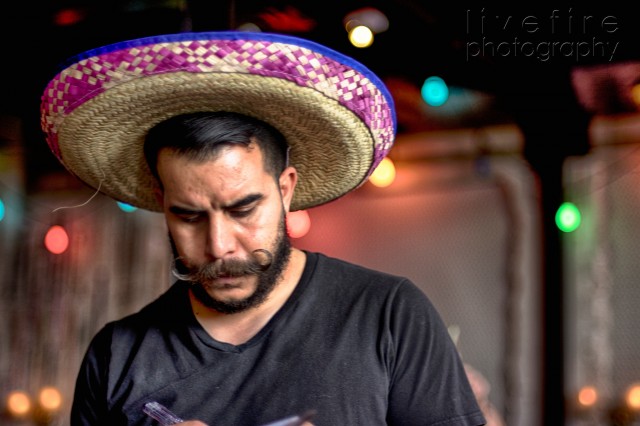 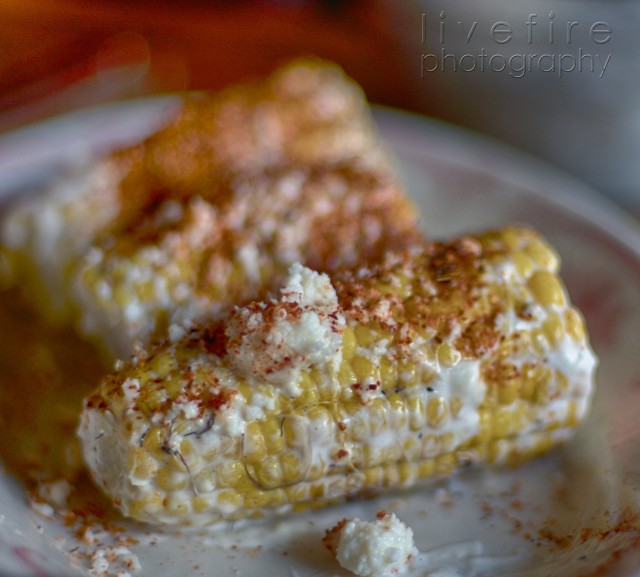 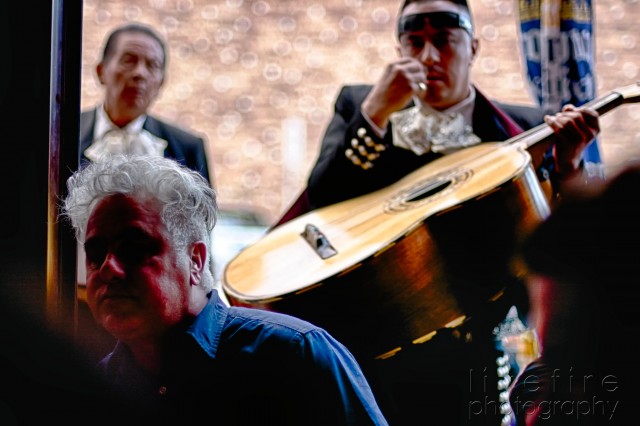 This was just the start of a great evening, though. If you’ve been to Vegas and stayed on the Strip, you may have missed Fremont Street, or the old strip. I have to say that you’ve missed a really, um, odd side of the city. It’s worth a visit, and the Golden Nugget is actually really nice. I’d consider staying there and taking the bus down to the Strip when needed. 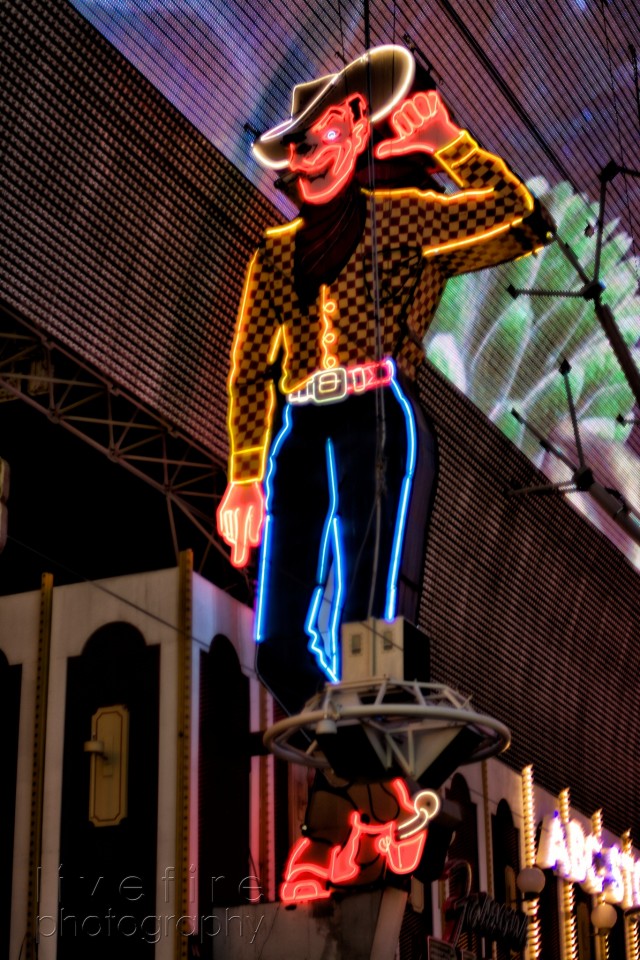 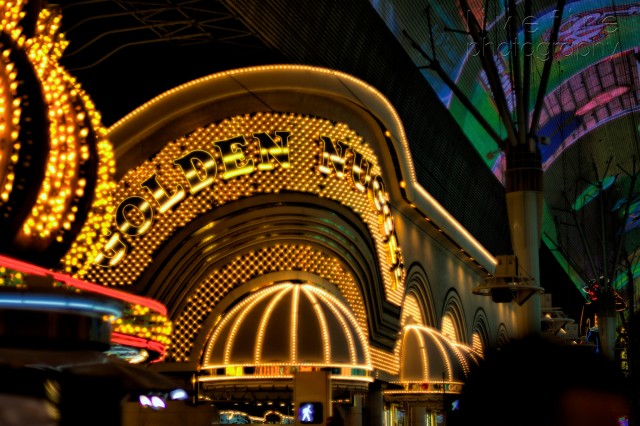 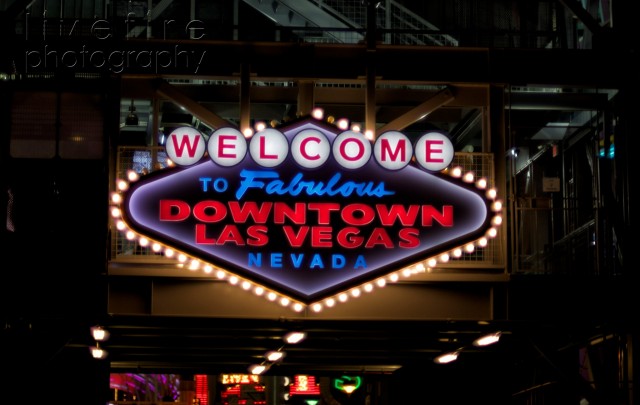 After the night on Fremont Street, we all went out to Le Cordon Bleu culinary school to have a great cooking lesson, along with photography tips from Matt Armendariz. This was very cool, and such a great activity, set up by Mary! Very cool stuff. 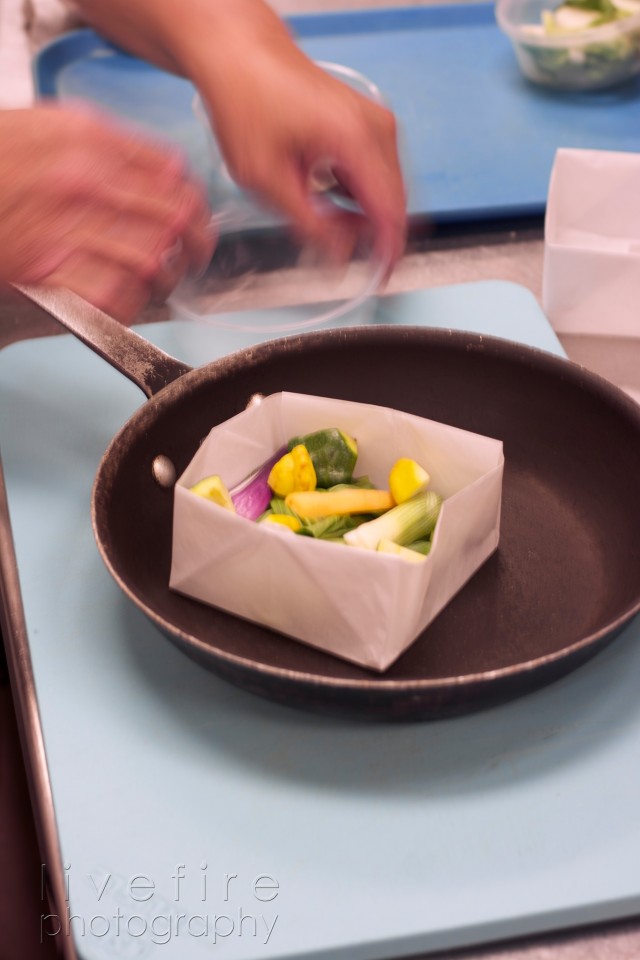 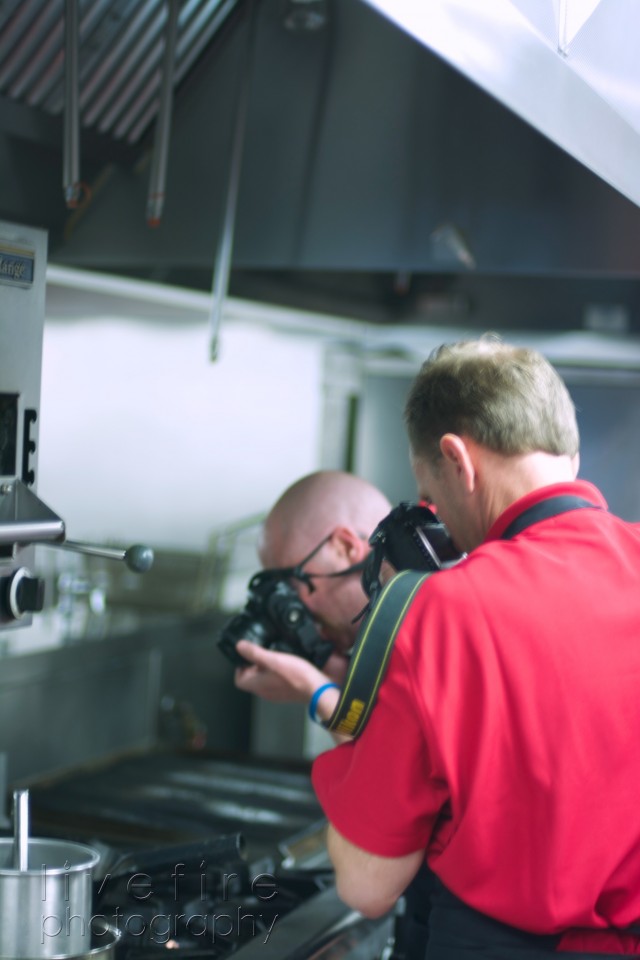 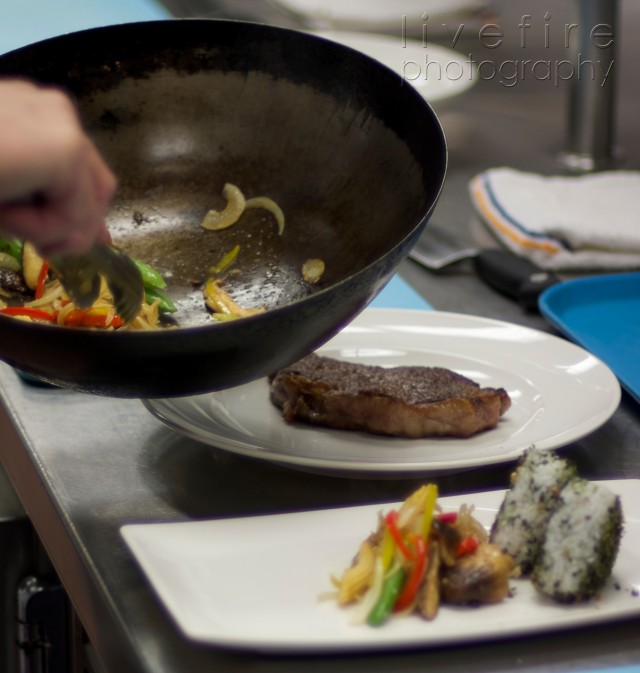 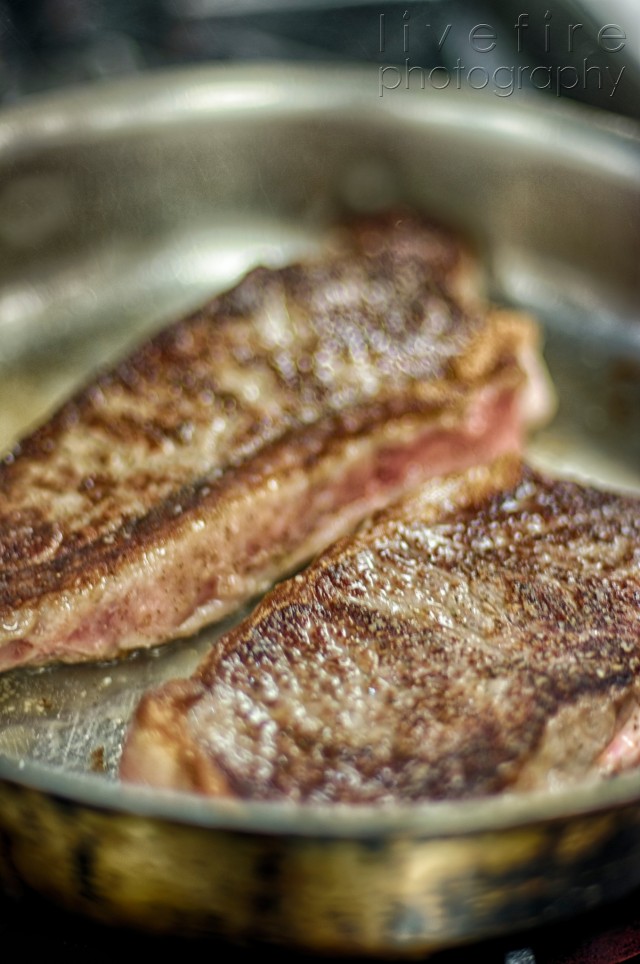 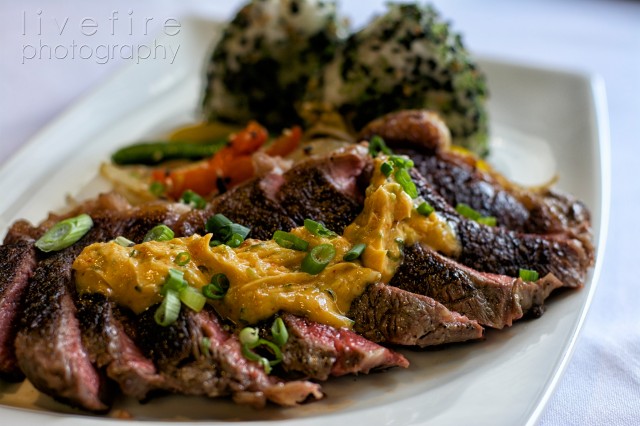 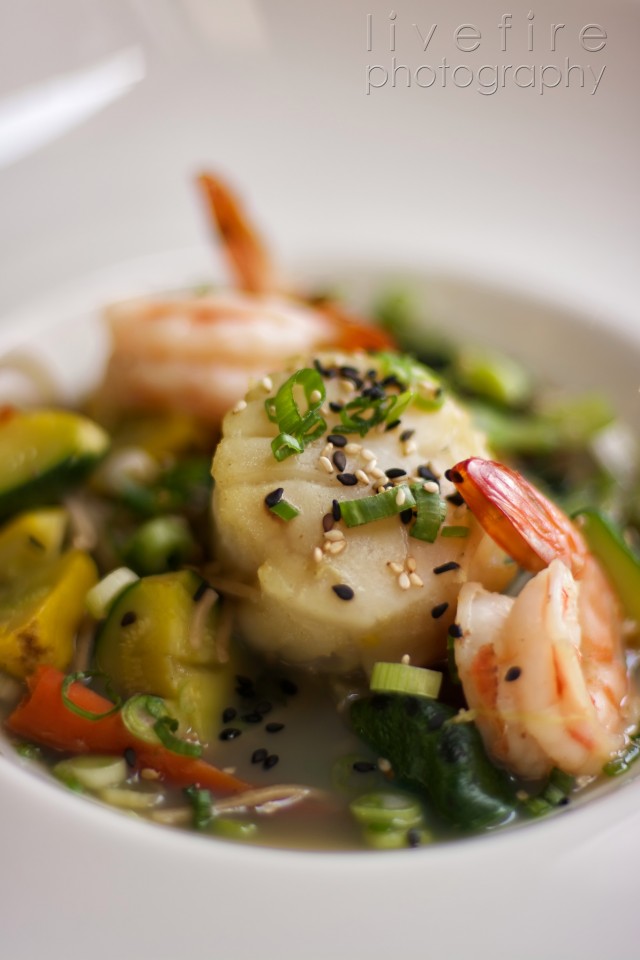 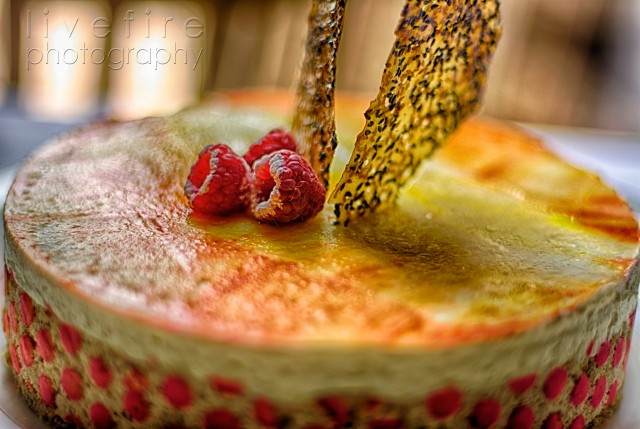 The dessert was prepared by students, and it was amazing! From the culinary school, we were off to the hardware show, where Char-Broil paired us all up for a cook-off of sorts, with pork, artichoke, strawberries and bleu cheese as ingredients required to be used. I was paired up with the great Scott Thomas of Grilling Fools. We put in a valiant effort, but fell short, beaten by Danielle and Christo (divaq.com and Chez What?). 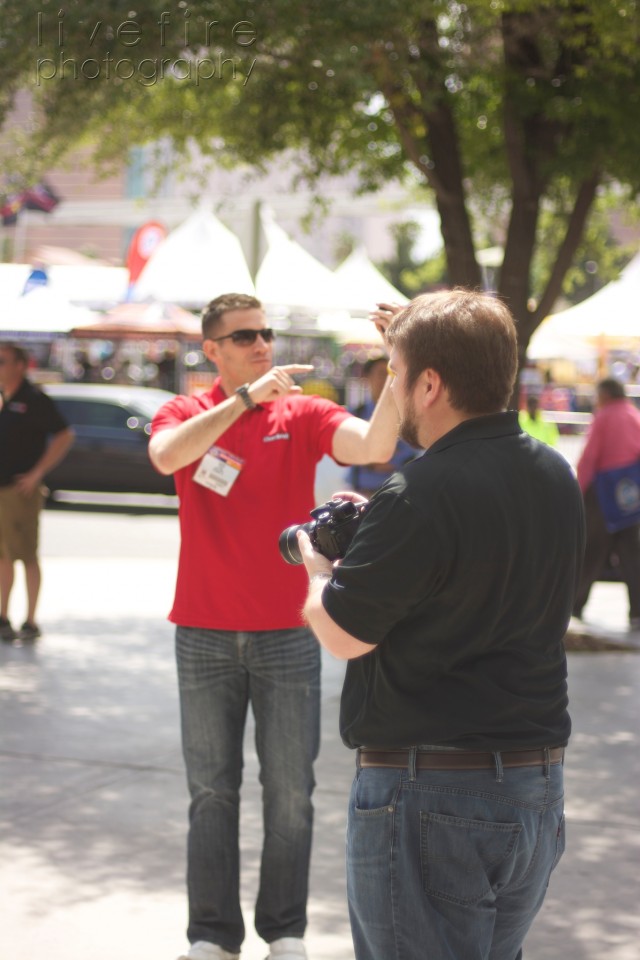 David and Christo (A Bachelor and His Grill and Chez What?) are selfie addicts! 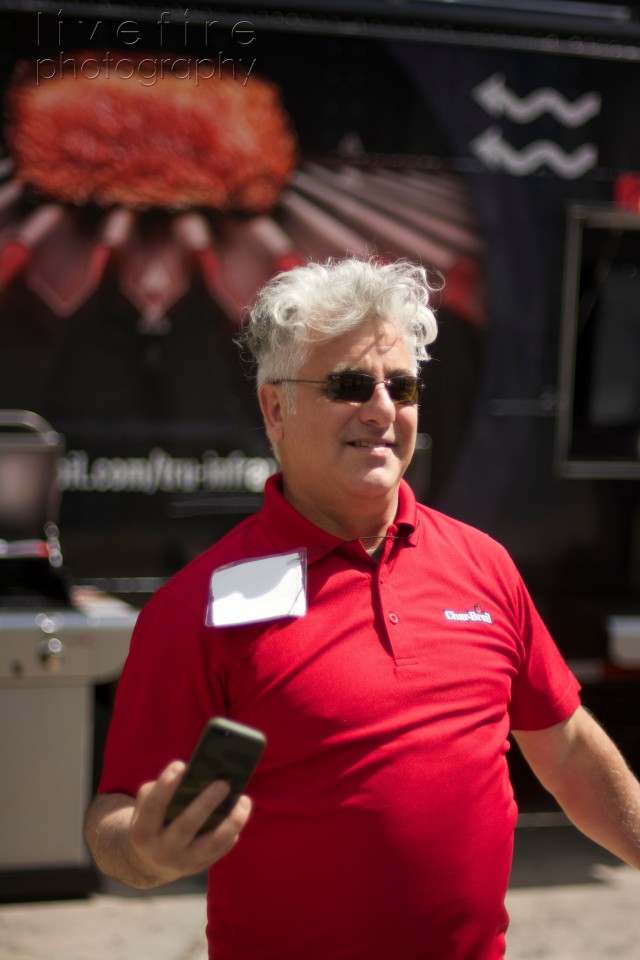 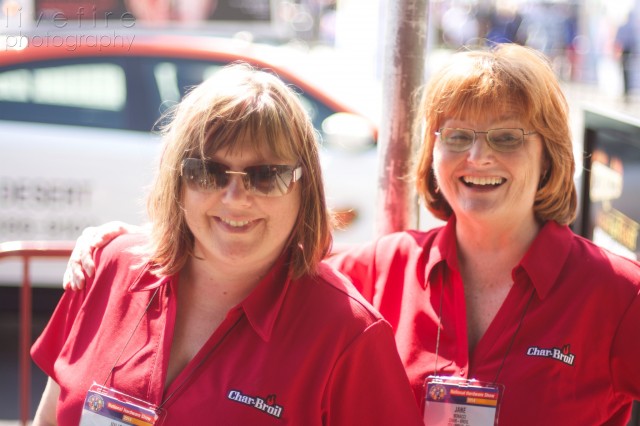 Julie and Jane got caught standing close enough to get a quick shot of them! (She-Smoke and The Heritage Cook) 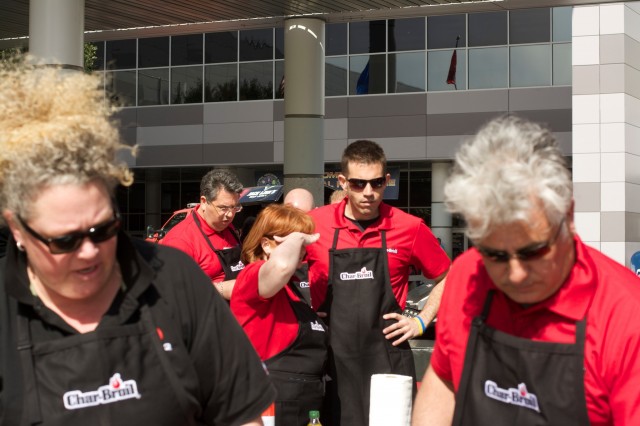 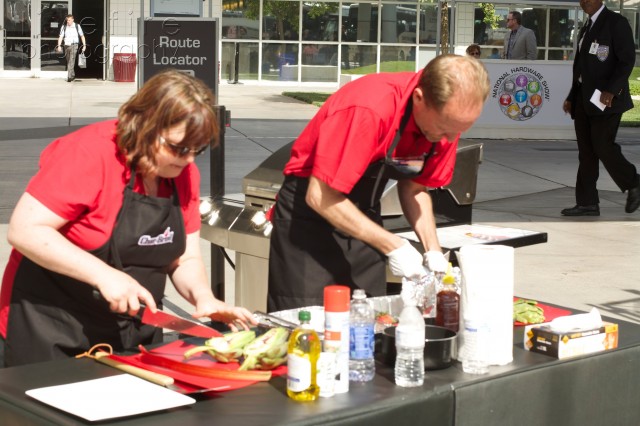 The competition started with random pairings of teams. This pairing is Julie (She-Smoke) and our newest cohort, and one I was personally very glad to have join us, Chris of Nibble Me This!

The dishes were done in 30 minutes, with judges going for appearance and taste, or whatever they wanted. It was over quick, and, fortunately, it was only 71 degrees in Vegas, after 98 just a couple days before. 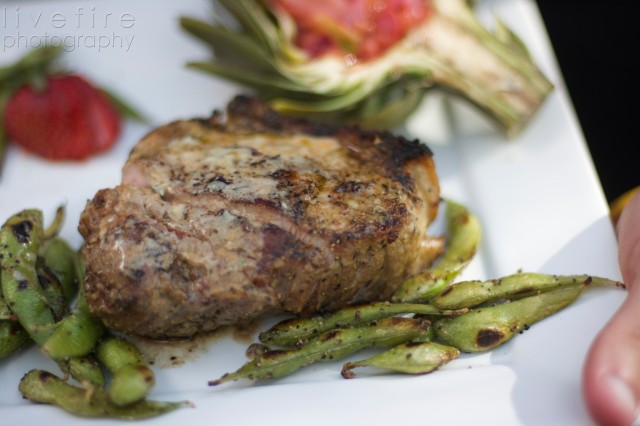 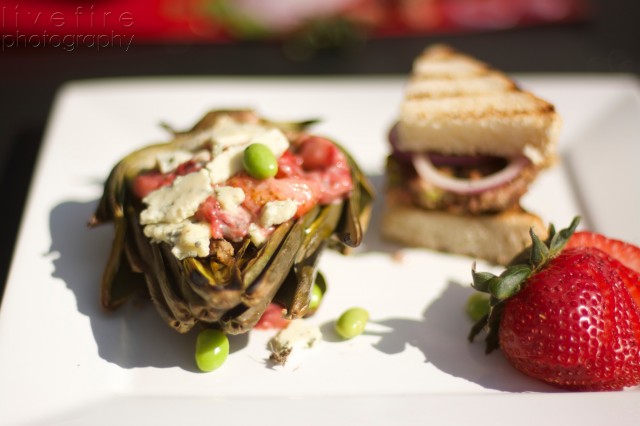 Dish 3 was ours, but we didn’t win. We still had a great time, though.

After the cook-off, a la Chopped, we all went to dinner at the Wynn, followed by an amazing Cirque du Soleil show, Le Rêve. The show is just stunning! And, really surprisingly, photos were allowed (no flash, of course)… So here are a few: 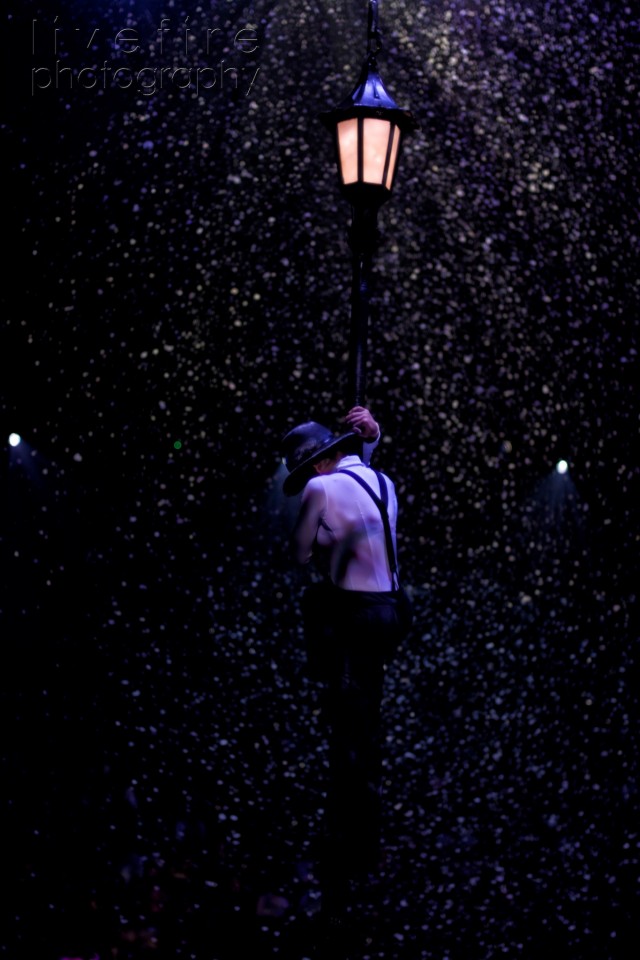 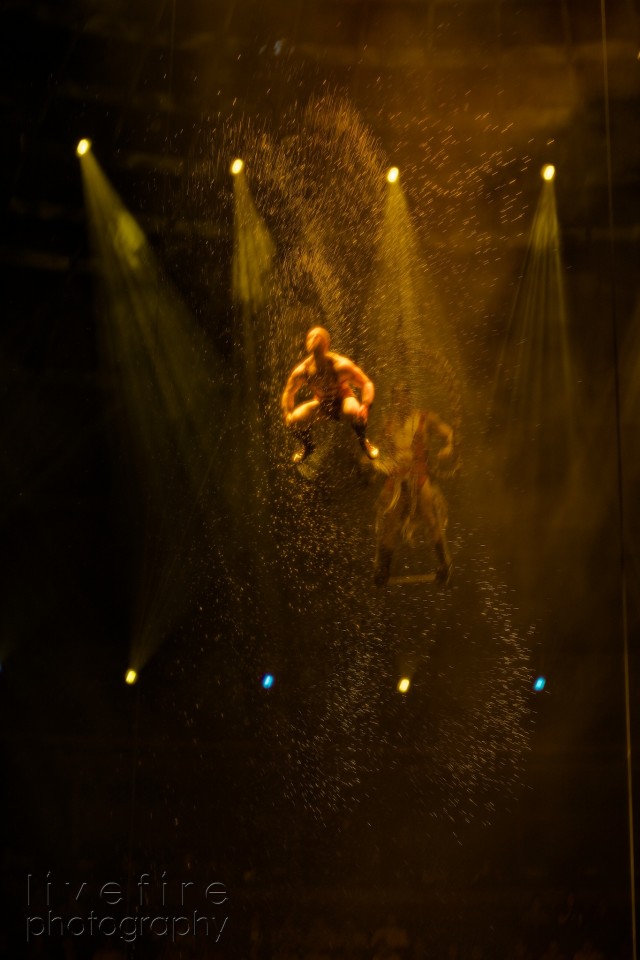 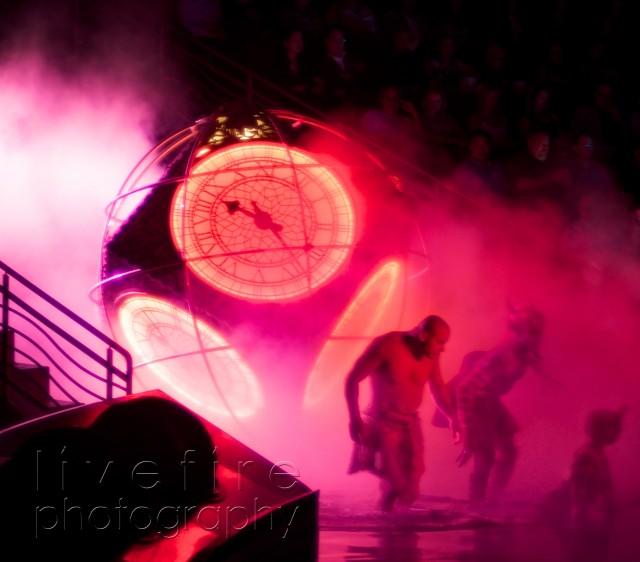 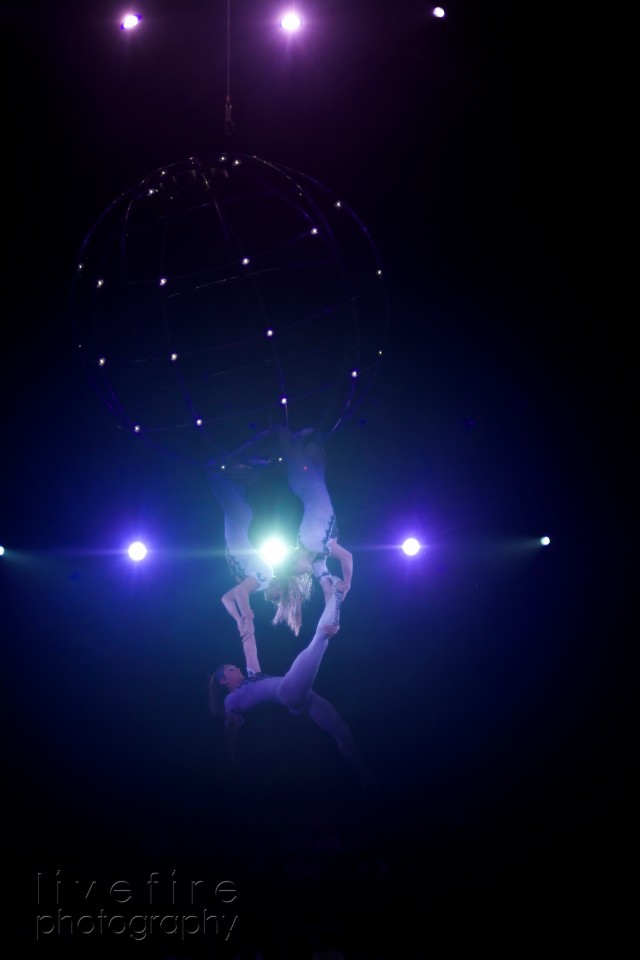 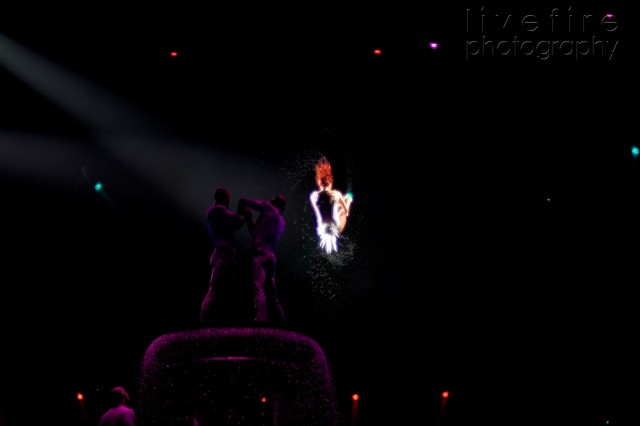 I have more, but that’s already way too much for one post! The rest of the trip was spent primarily in Arizona and the Grand Canyon, which is really stunning. I really want to thank Mary, Hector, Michael and Char-Broil for showing all of us All-Stars that they appreciate the relationship between the company and those of us that work with them. We got good work done, but I really enjoy getting together with this group each year, as we get to know each other more and more. It’s such a hugely diverse group with some strong common interests in cooking, and each of them I genuinely consider a friend. Thanks for a great time together Danielle, Chris, Julie, Jane, David, Scott and Christo!

And I’ll close with a couple Grand Canyon shots. My wife and I went there for a couple days after Vegas… And it’s unbelievable to see in person. If you’ve not been there, try to see it! 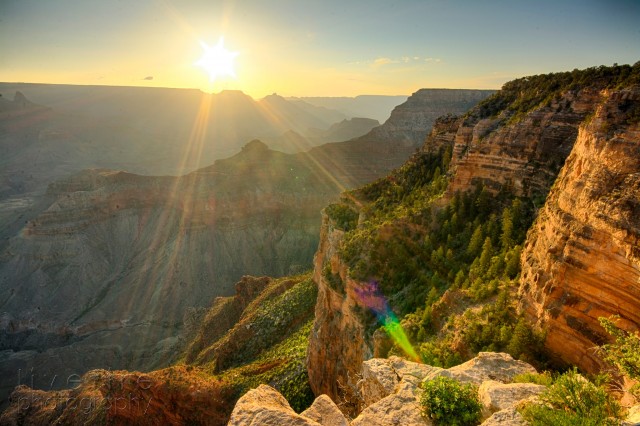