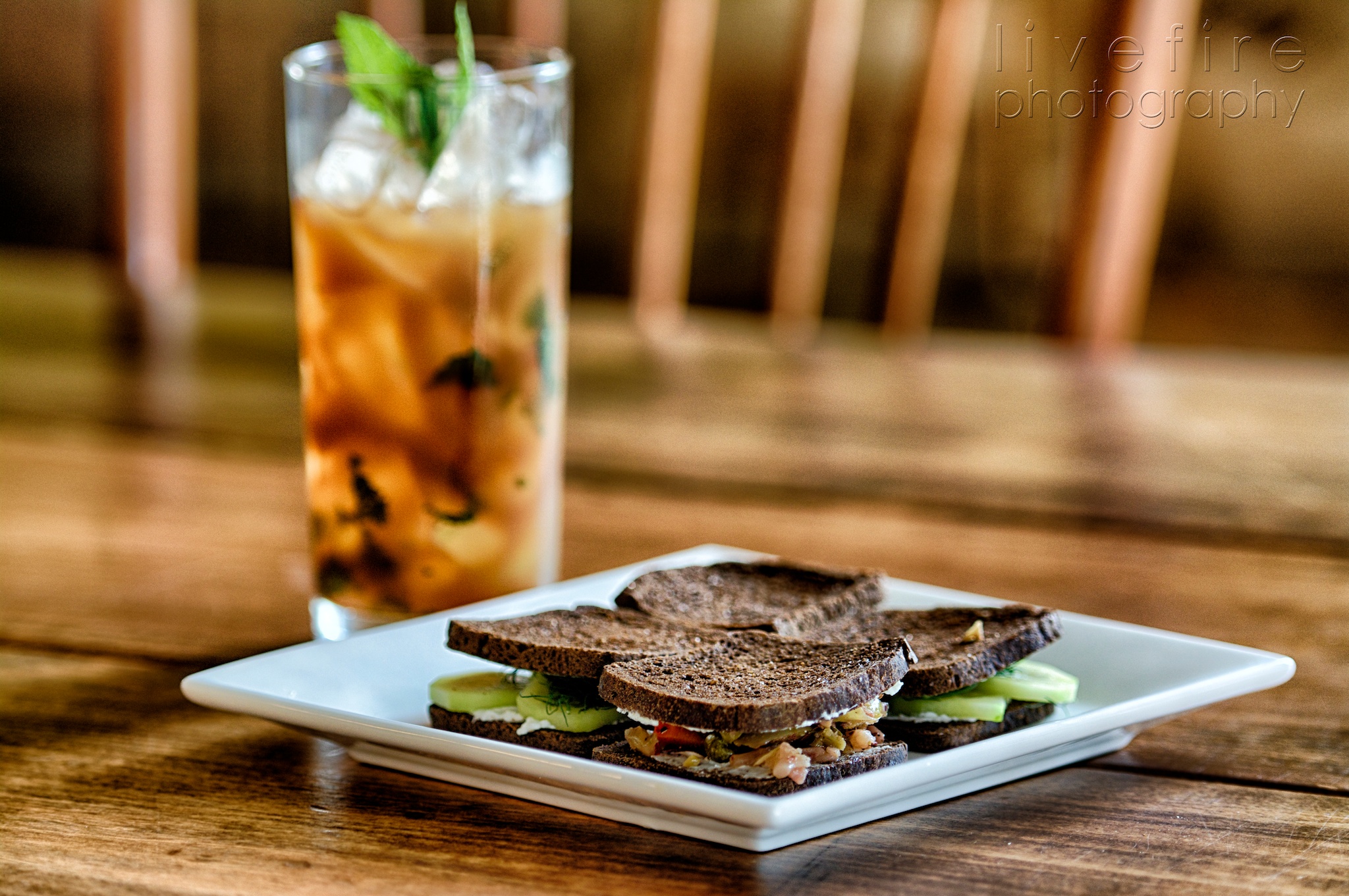 Posted by: Curt McAdams 1 May ’14 in Appetizers, Entertaining, Sandwiches Leave a comment

I have no idea why, but Derby Day always brings to mind cucumber sandwiches on Pepperidge Farm pumpernickel party loaf bread. And often with slaw dressing. I may be way off of the traditions, but I want these little sandwiches every Derby.

So I was trying to think how to do these on the grill, because they’re typically not grilled. I came up with the idea of grilling the bread, then making the sandwiches… Seemed like a great plan to me! 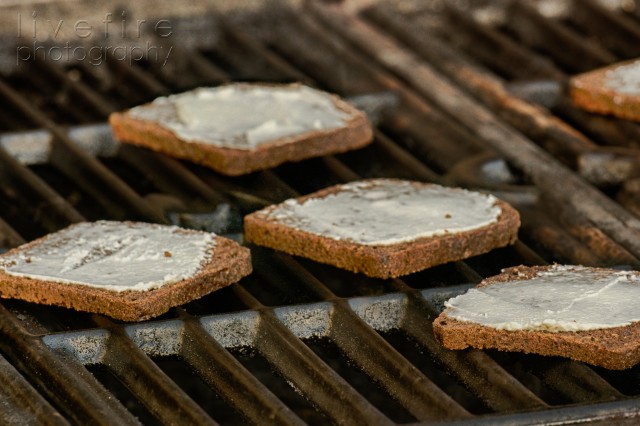 I spread a bit of goat cheese on each slide of bread first, instead of the more unhealthy slaw dressing, and put the bread, cheese side up, on the grill for about 45 seconds, or just until the bread started smelling toasted. I didn’t want to char it, but I wanted to impart a grilled aspect. 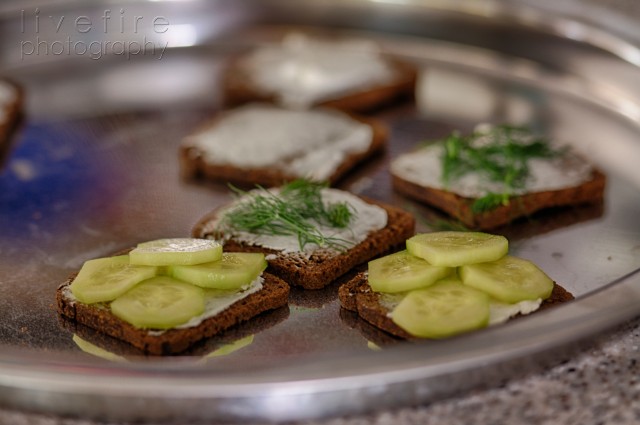 Take the bread off the grill, I added raw cucumber to some, olive tapenade to others and a muffuletta mixture to others. The sandwiches were put together, and served with a smoky pecan mint julep. 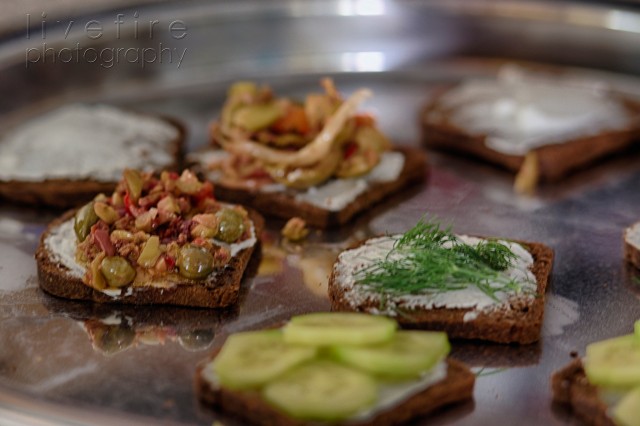 The verdict? They’re still small and fairly light, but work very well with the toasted bread with goat cheese! This will remain part of my Derby Day for a while!