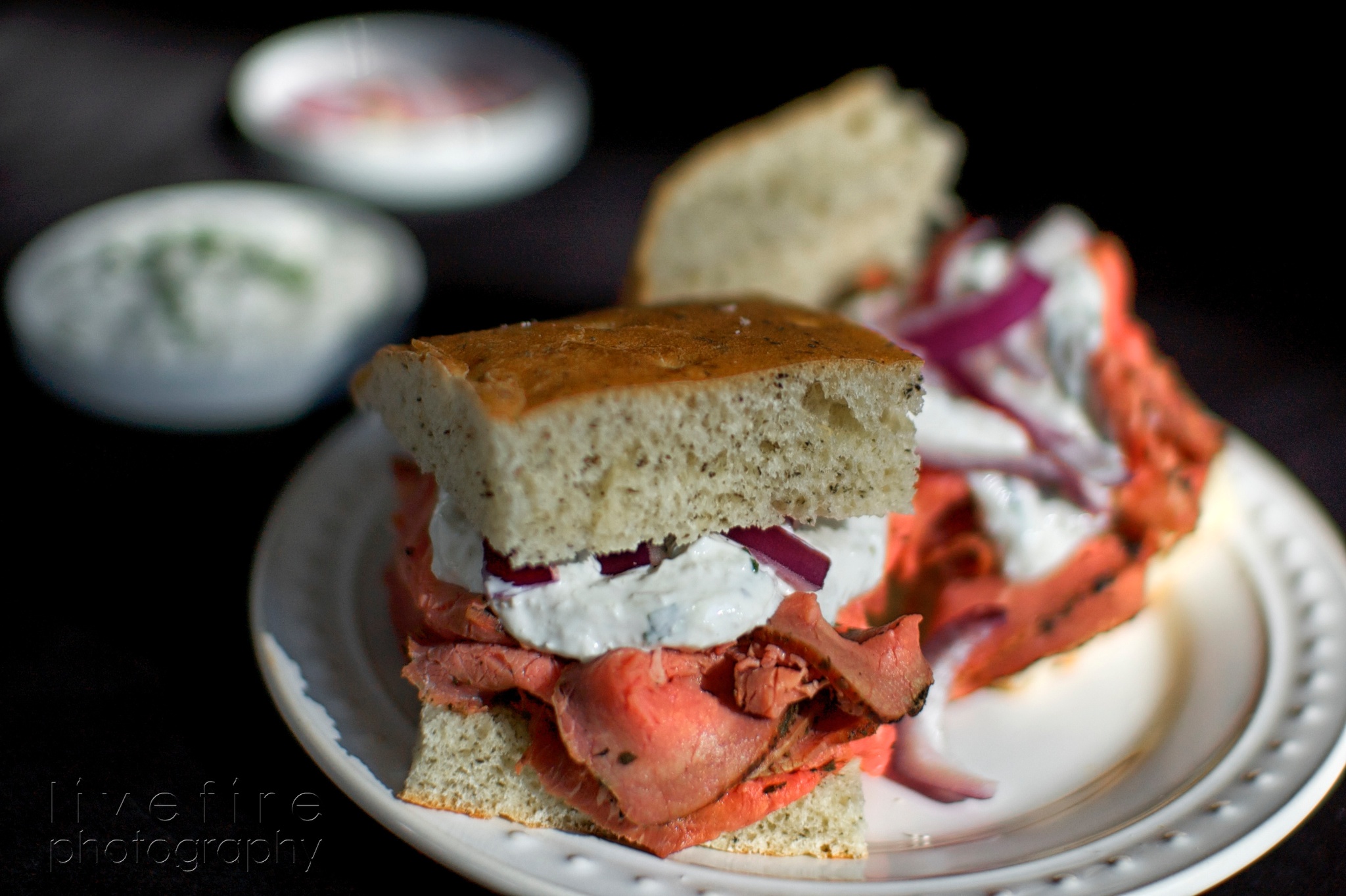 For more Superbowl food that is a bit more than nachos and wings and fat-dripping potato chips, I have to suggest one of my favorite easy-to-make foods, pit beef!

The original pitbeef is from Baltimore, where they grill beef over fire, sliced thin when ordered. My version is smoked, not grilled, and gets served with sour cream horseradish sauce and raw red onion slices. This takes the original and just adds a bit more smoke to the mix!

The day before the big game, make the sour cream horseradish sauce; it gets better the next day! For a cup of sour cream, add a teaspoon of champagne vinegar (use white wine vinegar as a substitute), salt and pepper, a handful of chopped chives and as much ground horseradish as you can take (freshly grated horseradish is best, but prepared works, too). Mix it all up, taste it and adjust as necessary. I like mine hot, so I use a lot of horseradish, maybe up to 1/4 cup.

Using a round roast (bottom round is my favorite), I salt and pepper the whole thing, and then add a bit of stone ground mustard lightly spread on the roast. I bring the grill or smoker up to about 225F with a good amount of wood chips (grill) or chunks (smoker) added. On a grill, the heat is set up for indirect cooking.

The reason for smoking vs. grilling is to let the roast get very evenly cooked across the whole slice… and rare at that! So it goes on the grill/smoker until it hits about 120F, about an hour or so, though timing will vary greatly depending on the size/thickness of the roast.

Once it’s done, the roast rests in foil for about 20 minutes, then gets sliced very thin using a meat slicer. If you’re not using a slicer, make sure your knife is very sharp, and carefully slice the roast, across the grain, as thinly as possible. This can actually all be done the day before the game, as the sandwiches are pretty good cold, too!

Using the bread/buns of your choice, stack the pitbeef up, adding a good dollop of sour cream horseradish sauce and some red onion slices. Put several on a platter and serve. Don’t be surprised if your pitbeef sandwiches aren’t the first things to disappear. I’ve made these over and over, and my friends and family swear they’re about the best sandwich they’ve ever had.