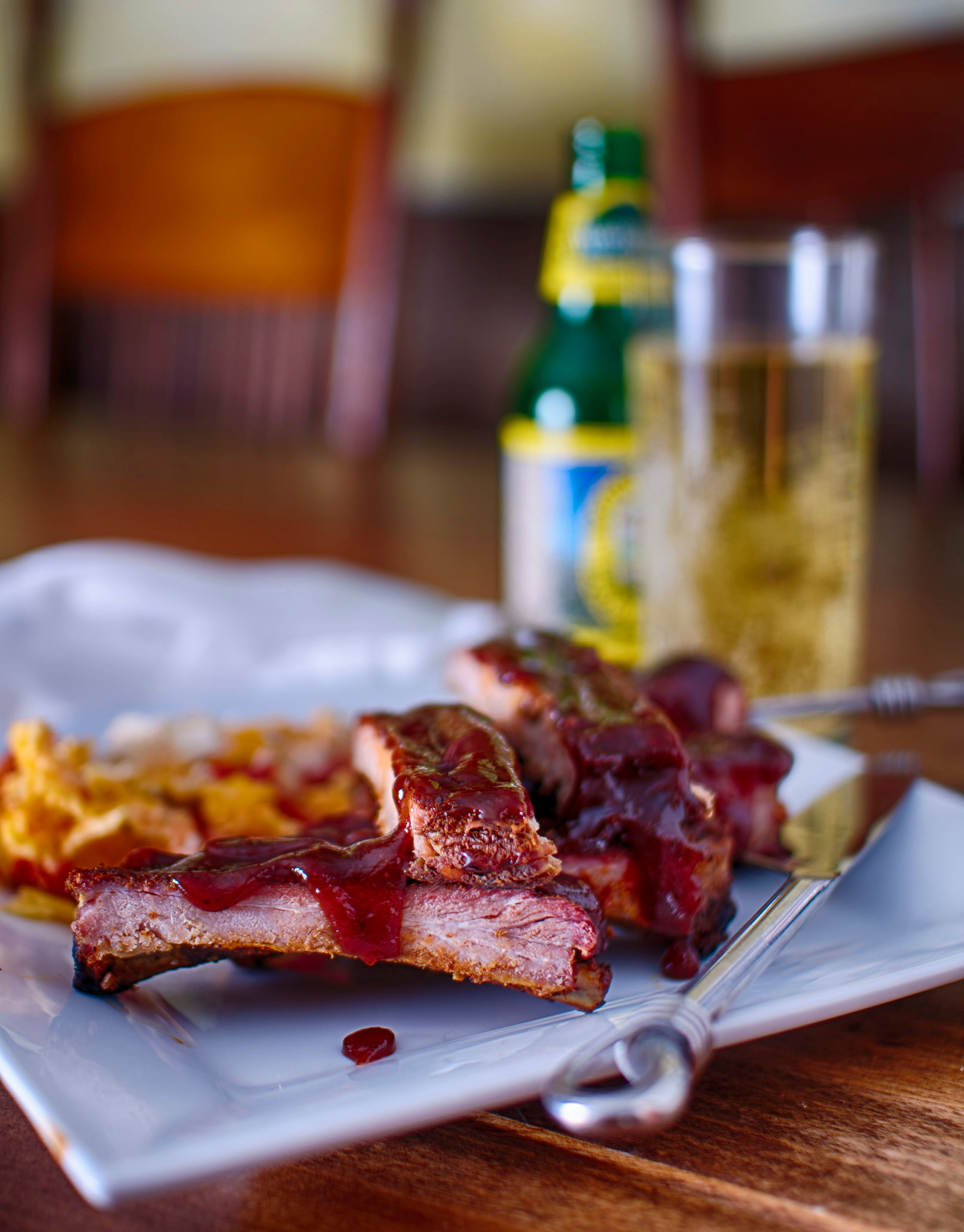 Readers of Livefire may or may not notice that my photos are changing lately, and, I think, getting better. I owe at least part of it to joining a local photography club, the Focus Photo Club.

The club is not food-photo oriented, but it is competition-based. Every month at the meetings, people enter both print and digital photos in several categories to be judged by three judges. It’s an interesting way to see how my photos stack up against other, usually more experienced photographers.

The club also does outings to take photos now and then, and I got an idea to have a few people come by to take food photos, something most of the people in the club don’t typically do. I cooked over the weekend to get ready, making pulled pork, ribs, tomato pie and chocolate chip cookies. I made pig candy, too, but that didn’t last long enough to get into any photos!

It was fun having my house overrun by a bunch of photographers, and they got some really great photos. All of the photos used, other than the first couple that are mine, are used by permission only, and all rights are reserved by the photographers. These first two shots are mine, and each photographers set is their own work. I really found it interesting to see what props, lighting, equipment, etc., was being used by other photogs. John Flynn of Clover Storm Photography has been doing a lot of fashion and portrait photography lately, but was the most versed in food photography. His shot of ribs is great, with some ribs I made with salt and pepper, then finished with a mix of a sweet/hot chile sauce and Maguey Sweet Sap. These ribs were gone in very short order, but not until a shot or two was snapped. Joann Jozwiak worked with some more props, resulting in a rustic feel that I liked a lot! Next, Julie Lucht used the same setup, but, as I thought we’d see, her shots are quite different! and a shot of the more standard dry rub and wet bbq sauce ribs: And Julie’s last shot, of the Valentine’s Day roses I got for my wife: Mike Seiler got some interesting shots, too, taking a pretty different view on the afternoon, starting with the same set-up as the “Blue Plate Special” from 90 degrees to the side: Followed by ribs that later because almost more of a prop than food (you’ll see what I mean in a bit!): You can tell my photographer friends aren’t barbecue people… Who would use a knife to put sauce on ribs?!? But Taylor, one of the two people that came to allow photos to be taken with them included, shows how the ribs were used as a makeup brush: Laura James had a much more “artistic” view than I ever would, really showing a feel for the setting, not just the food. Laura’s images can be seen at lightwriterimages.com. Check out her site; you’ll be glad you did! Jan Bollinger took a bit of a different approach, doing shots that are a bit more about the environment than the food: I like this shot, too, with the roses and barbecue. This would be a great date night… Beer and bbq for me, roses for my wife (she likes bbq, too, though): This is part 1 of 2. Part 2 will be up soon, and will highlight the portraits taken, from casual to edgy, these are shots you won’t want to miss! Just doing this project was great… Seeing how differently people looked at the project made it worth doing. I’m already thinking up a spring or summer outdoor setting for a grilling event. It will be fun seeing how photographers handle live fire!