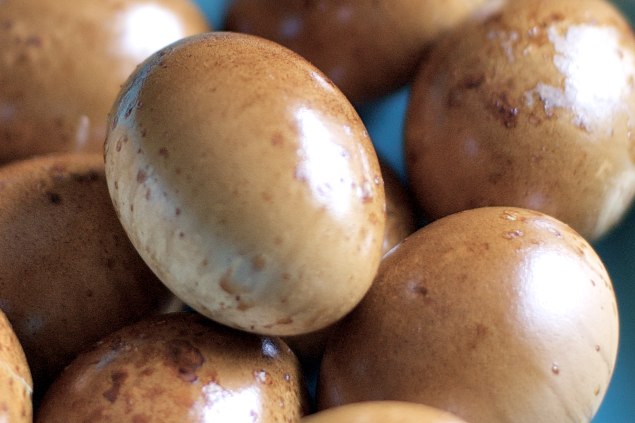 I found this idea in a great BBQ book by Jason Day and Aaron Chronister (BBQ Addicts), BBQ Makes Everything Better. Instead of boiling eggs, they can also be cooked, in the shell, on a smoker, allowing a bit of smoke to make it through the shell, but not so much that it’s overwhelming, so ... END_OF_DOCUMENT_TOKEN_TO_BE_REPLACED